Two Roads in the Darkness, Part 1

You want a warning before being ganked, miner? Be careful what you wish for. 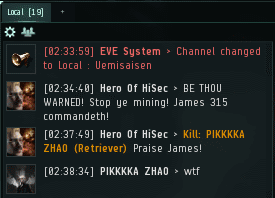 Agent Hero Of HiSec is at large and in charge--and he doesn't take WTF for an answer. 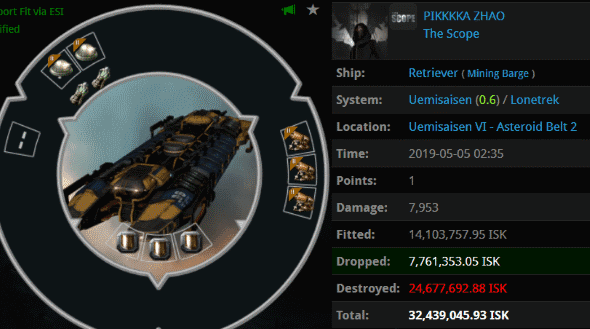 As you'd expect from an AFK miner, PIKKKKA ZHAO failed to react to the warning trumpeted in local.

The miner brushed off his loss. Had he truly calmed down, or was he seething beneath the surface?

Suddenly, another miner greeted Agent Hero in local. Maybe his good manners would rub off on PIKKKKA. 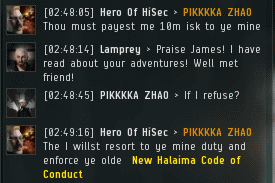 PIKKKKA couldn't deny that a lot of miners have purchased permits. Still, he was skeptical. Despite having just been ganked, PIKKKKA didn't seem to understand how the Code is enforced. He could've asked Lamprey, for he had been through it all just a few days earlier. 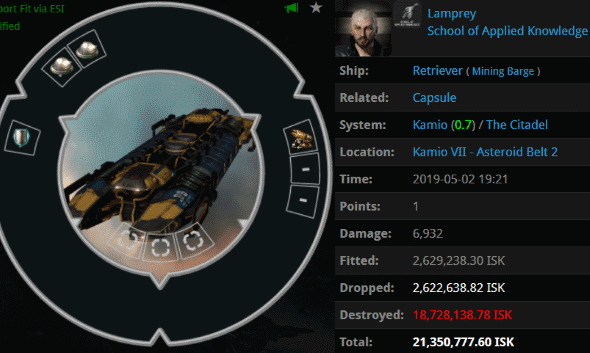 A few days previously, Lamprey had been ganked by New Eden Mining Authority, one of the many fantastic member corps of the mighty CODE. alliance. As you can tell from the Retriever fit, Lamprey was a clueless newbie. 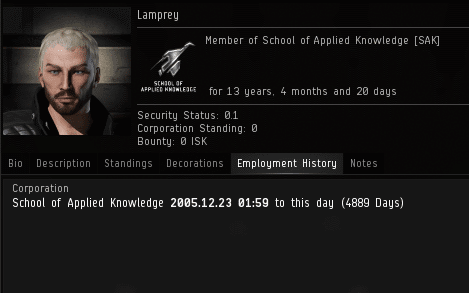 The gank squad succeeded in selling Lamprey a permit and convincing him to read MinerBumping. No wonder he was in a better mood than PIKKKKA. 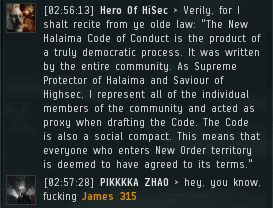 PIKKKKA's first instinct was to persist in his rebellion against the New Order. The name of highsec's Saviour triggered him. 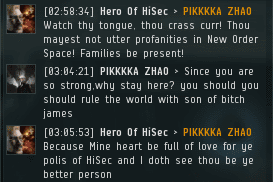 It appeared to Agent Hero that this system seemed destined to be struck by tragedy twice in the same day.

It was inevitable that a bot-aspirant miner was about to lose his second Retriever. Yes, it would happen any moment now...