Previously, on MinerBumping... Agent TheInternet TweepsOnline TheInternet's bumping activities were met by a token resistance from members of The Trade Syndecate corporation. This was enough to get the attention of Agent AGBee 001, who hoped to convince the corporation's CEO to buy mining permits for everyone in the corp.


AGBee 001 > I can't say I've met many CEOs of mining corps who haven't heard of the Code.
Bladez Runner > I am well aware of code, so well those bitches wont come to Null Sec
Bladez Runner > I think I know where you are going with this. Sorry to take up your most valuable time.
Bladez Runner > HAve a nice day...
AGBee 001 > Well, 1. we do have a nullsec division, check the killboard. And 2., your attitude is not helpful to your linemembers. I'd suggest you check that right quick.

The Trade Syndecate's CEO showed terrible judgment. AGBee knew that such mistakes can be deadly. 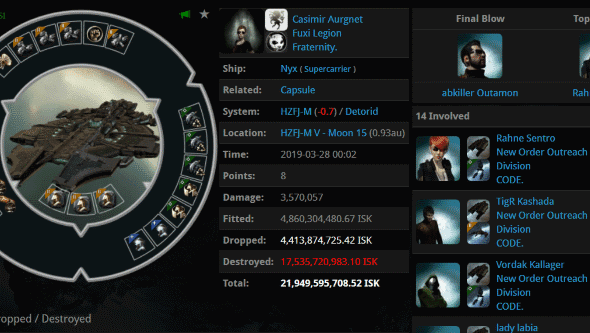 (Side note: When carebears whine about the mighty CODE. alliance not going to nullsec, would they respond favorably if they were given a link to one of CODE.'s many supercarrier kills in nullsec? Or would they only become even more upset? One wonders.)


AGBee 001 > You have 20 members. Each member requires a mining permit as part of the action plan.
AGBee 001 > I'm not finished with you yet.
AGBee 001 > Bladez Runner fine, have it your way.
AGBee 001 > I'll make sure to let your linemembers know that you are responsible for what happens to them next.

The CEO abruptly left the private convo. Agent AGBee realized that more force would need to be applied to The Trade Syndecate. For its own good--and for the good of highsec. 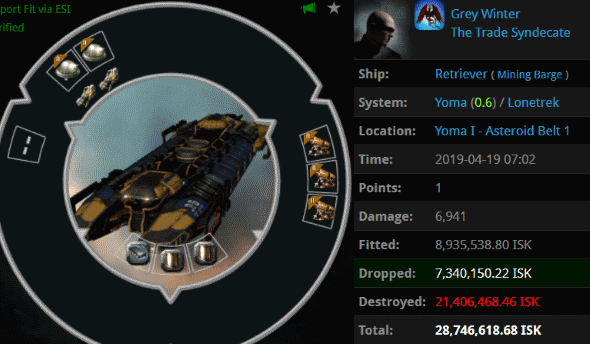 Our Agent and his friends began targeting members of The Trade Syndecate. Before long, the corp would be forced to respond.

When a highsec mining corp suffers ganks, it can inhibit recruitment efforts. So far, The Trade Syndecate was doing okay on that front.

Shortly after CEO Bladez Runner's heated conversation with AGBee, The Trade Syndecate received a new application. It was immediately accepted.

The new recruit, Wear ista Beefman, struck up a conversation with the corp's CEO. As any highsec carebear will tell you, there's no better time to learn about a corp than after you join it. 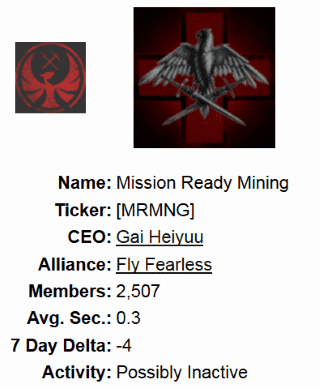 Wear and Greypses were veterans of Mission Ready Mining. Though it still had over two thousand members, it was classified by EveWho.com as "Possibly Inactive". Judging by its present condition, MRM must have suffered a terrible trauma in the past. Wear and Greypses would take what they learned from their time in MRM and use it for the benefit of The Trade Syndecate.

Bladez knew that Agents of the New Order like AGBee 001 and TheInternet TweepsOnline TheInternet could give his young corporation trouble. To defeat them, Bladez would need to rely on help from experts.

The Trade Syndecate needed to be capable of defending itself against gankers. That was the new priority. 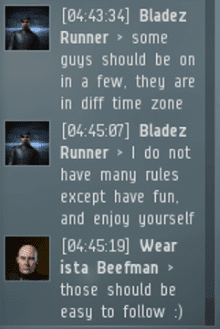 Though there were clouds on the horizon, Bladez was confident in his corp's future. If everyone in The Trade Syndecate worked together, they could overcome any obstacle.