Previously, on MinerBumping... Agent Alt Aurelia attempted to reason with Lilypetals Makanen, but the miner was too fanatically bot-aspirant. Several days after Alt Aurelia bid her farewell, Lilypetals was ganked in the same system by a different gank squad. 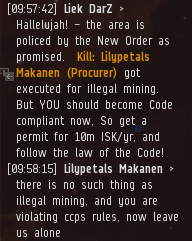 Agent Liek DarZ spoke for the gankers who had triumphed over Lilypetals. Alas, it seemed that the miner still had not read the Code. 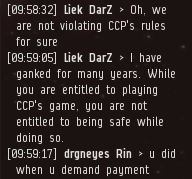 The miner continued to believe that our Agents were violating the EULA by enforcing the Code. And a new element was added into the mix: drgneyes Rin. 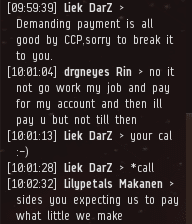 drgneyes, too, was confident that selling mining permits was a bannable offense. Who was this Goofus? 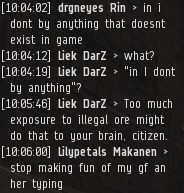 Lilypetals provided the answer: drgneyes was her previously unidentified girlfriend. 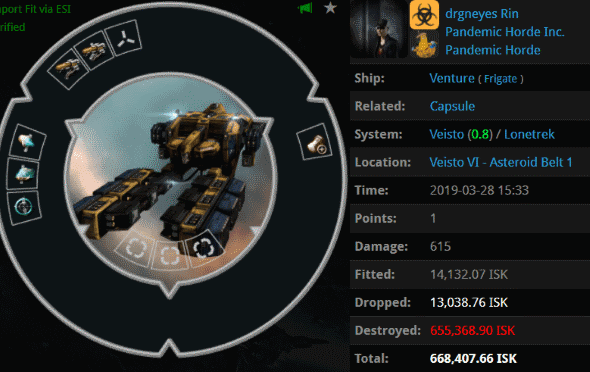 Earlier, Lilypetals explained that she had become radicalized against the mighty CODE. alliance when her unnamed girlfriend was ganked while mining. We now know that it was the loss of this Venture at the hands of Agent Aiko Danuja that set events in motion. 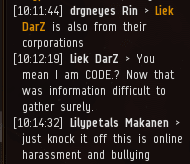 Agent Liek hoped that the destruction of Lilypetals' Procurer would serve to reinforce the lessons that Alt Aurelia had tried to teach. The miner was even more stubborn than anticipated. 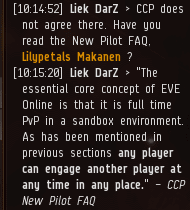 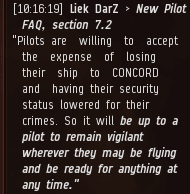 Our Agent dropped thermonuclear truth bombs provided by CCP's own New Pilot FAQ. Now, surely, Lilypetals had no excuse to remain in her ignorance. 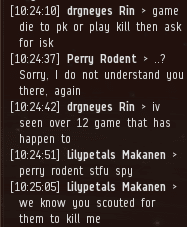 The miner and her girlfriend struggled to come to grips with the shocking news about PvP being allowed in highsec. 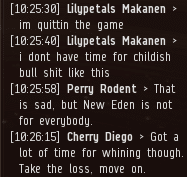 The horrifying truth slowly dawned upon Lilypetals: All of her petitions against Alt Aurelia had been for nothing! 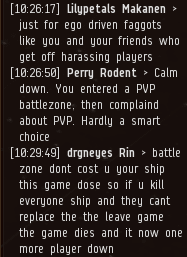 For Lilypetals and her ilk, it was the worst scenario imaginable: Highsec really did belong to the Agents of the New Order--just as they had told her all along. 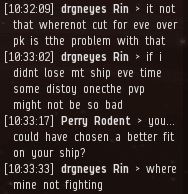 There was only one thing left for the vindictive miner to do: Quit the game and hope that EVE died as a result of her cancelled subscription. 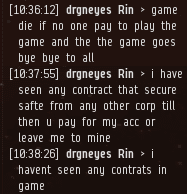 drgneyes mumbled about the death of EVE. She was lost without Lilypetals. 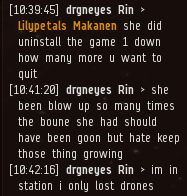 Lilypetals was gone. But in her place, a stronger, far more beautiful flower began to bloom in the Uttindar system: The flower of our precious Code.
Posted by MinerBumping at 18:05