Alone in an MMO

They may not be damsels, but highsec miners are frequently in distress. You can tell by the things they say when you gank them. 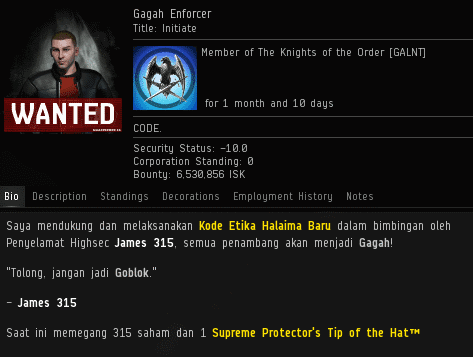 Luckily for all the distressed miners, highsec is policed by brave, helpful Agents of the New Order. They are valiant knights. Gagah Enforcer is one of them. 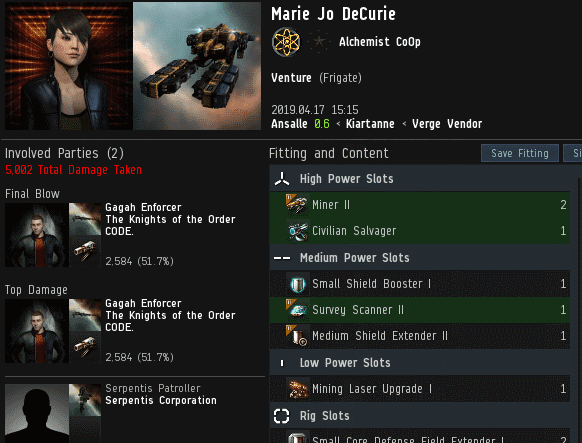 Someone left Marie Jo DeCurie stranded on the wrong side of EVE's learning cliff. When Agent Gagah saw her plight, he rode forth to rescue her. Releasing Marie from the shackles of her Venture, Gagah politely instructed her to buy a mining permit.

Could it be? Did Agent Gagah gank a miner who already owned a permit?

Our Agent's investigation uncovered the fact that Marie didn't have a permit to mine. Now it was time for this unlicensed miner to reveal her true self.

Marie freely confessed her crimes. She was a tragic sight.

Agent Gagah took pity on the miner. He invited her to join the MinerBumping channel if she had any questions about EVE after reading the Code.

The miner struggled to understand the Code--or maybe she was simply afraid.

In the welcoming environment of the MinerBumping channel, Marie allowed herself to be seen. She had darkness in her. Who joins the most populated server in an MMO and travels to the most crowded area in said server to be left alone?

Marie cursed the name of highsec's Saviour. But at least she obeyed the New Order Bathroom Protocol.

It didn't seem like there was much hope for this miner. However... 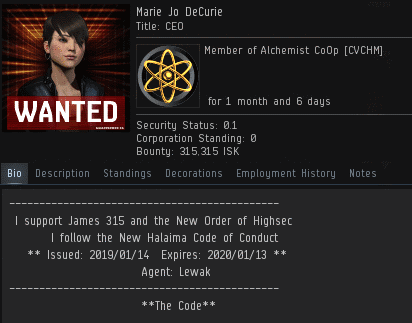 She bought a permit. Or did she? The permit appeared to be backdated. And within a matter of days, it was gone: 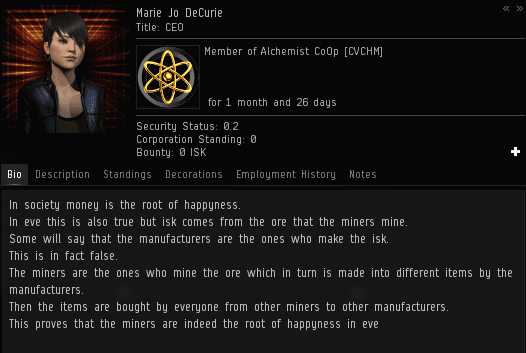 There was no doubt about it--Marie was a very troubled miner. She craved solitude, but what she really needed was a family of people who cared about her. Specifically, the New Order family. It only costs 10 million isk to join (30 million if you're on the Red Pen list)!
Posted by MinerBumping at 18:01