Miners like Grey Winter had been hit hard. They switched mining systems, but the gankers always seemed to be one step ahead of them. Only new recruit Wear ista Beefman had any luck; so far he was unscathed. 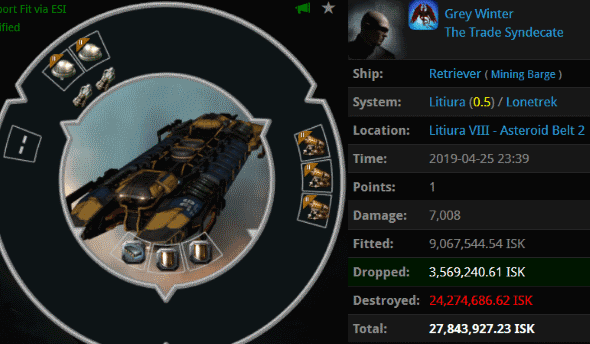 Grey Winter tried to sneak in a quick mining session, only to lose another Retriever. 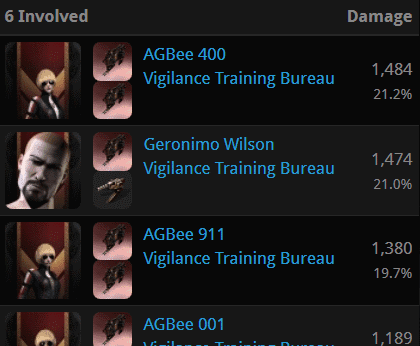 Once again, AGBee 001's gank squads were able to find him. AGBee 001 sent the miner an EVEmail to remind him of the need to purchase a mining permit. 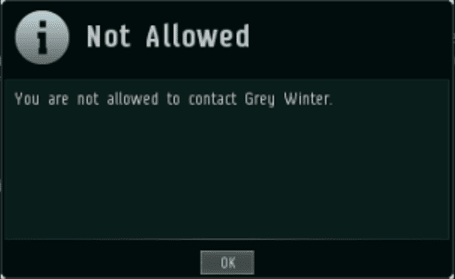 The miner had already blocked him from the previous gank, though.

In The Trade Syndecate's private channel, Grey Winter announced his loss. Time to buy yet another Retriever. 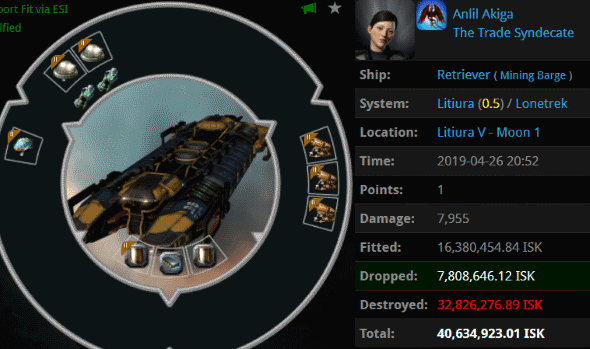 The content denial strategy wasn't working. Some members of The Trade Syndecate were fed up. After losing a Retriever, Anlil Akiga was infuriated to see a random passerby taking loot from the wreck. She decided it was time to act. The thief was flagged as a suspect, so Anlil could strike back without CONCORD interference. 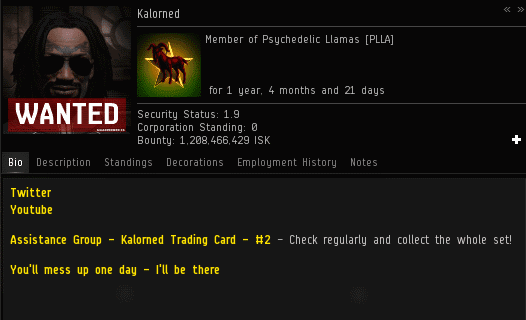 She had no idea what was about to hit her. 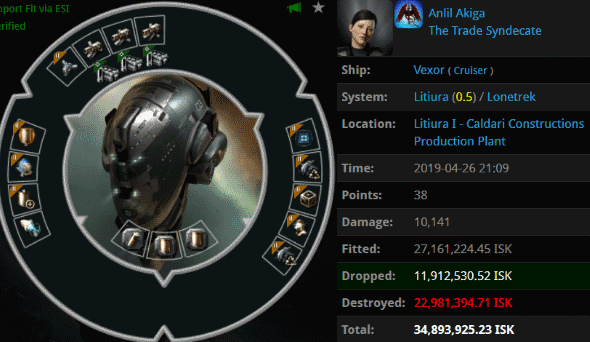 Agent Kalorned had no trouble defeating the miner in combat. 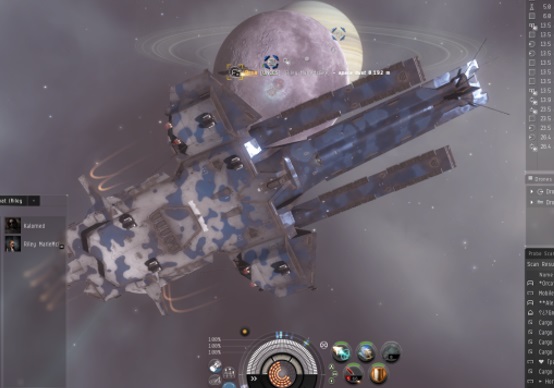 The Trade Syndecate now had to add Kalorned to their list of enemies. Kalorned's bumping Orthrus was just as effective as TheInternet's Machariel. One of The Trade Syndecate's Orca pilots, titaniumbeast, found himself being bumped repeatedly. He vowed to get revenge. At the first opportunity, he switched to a combat ship and went on the attack. titaniumbeast, too, was easily dispatched. But there was a complication. 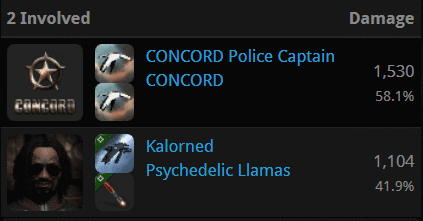 Kalorned wasn't flagged as a suspect this time. titaniumbeast had gone mad from being bumped too many times and tried to gank Kalorned's Orthrus. This meant that Kalorned had a kill right on the miner. If titaniumbeast undocked to go mining within the next 30 days, he could be freely attacked by Kalorned. The only way for titaniumbeast to keep his Orca safe was to take a vacation from mining for the next month. 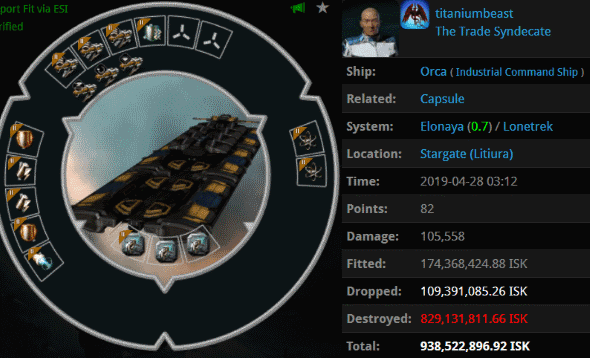 The very next day, titaniumbeast succumbed to temptation and lost his Orca. Could anyone put a stop to this madness?