Some say EVE is a bloated game. Perhaps it is. What we can all agree on, I think, is the need for EVE--development and players alike--to get back to the basics. Chief among the basics: the Code. Start with the Code and work your way out, and you'll win every time. Always! Now check out these Gobloks from the week of October 6th @ 00:00 EVEtime through October 12th @ 23:59 EVEtime: 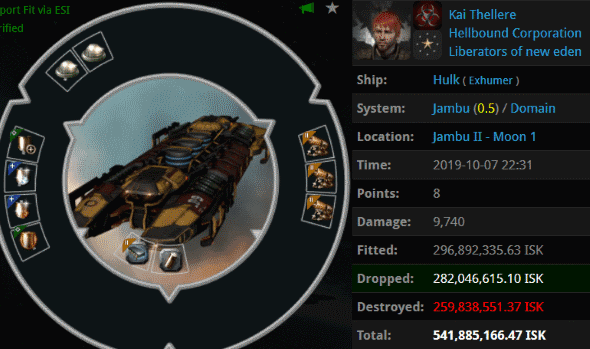 KILLMAIL
I'm not sure why Kai Thellere expected anything less than a gank. Not only did he undock in a Hulk in 2019--he decided to sweeten the ship with bling. Agents shootyou longtyme, Laniya Takayama, and obgyn kANOBI were only too happy to treat the Hulk pilot to a dose of reality. 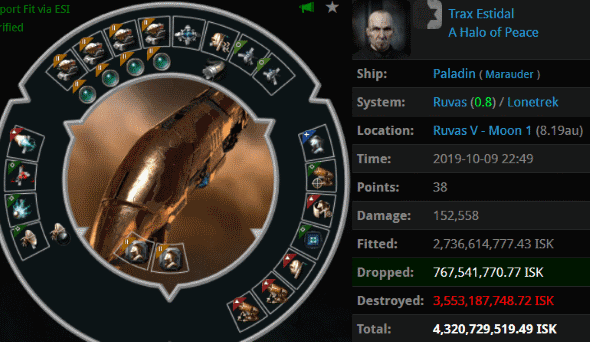 KILLMAIL
Trax Estidal was a nervous fellow. He had a Paladin worth 4.3 billion isk, and that's not even counting the value of its five Abyssal mods. To keep his precious ship safe, he hid himself in a 0.8 security system. Then, in a moment of weakness, he dropped his guard. 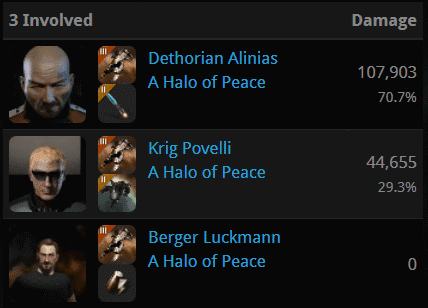 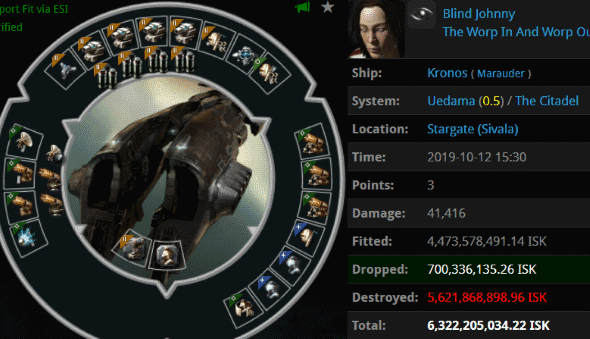 KILLMAIL
No one can say how long it took Blind Johnny to collect his 6 billion isk. But it took only seconds to lose. Bling Johnny--shall we call him "Bling Johnny"?--sent his piñata into Uedama, where it was broken by Agents Jayson Kusion, Justin Kusion, Johnathan Kusion, Joel Kusion, Jayden Kusion, Jason Kusion, Joshua Kusion, Jeremiah Kusion, Joseph Kusion, Jake Kusion, and Jack Kusion. Most of the value was lost. Johnny shouldn't have been so wasteful with his time. 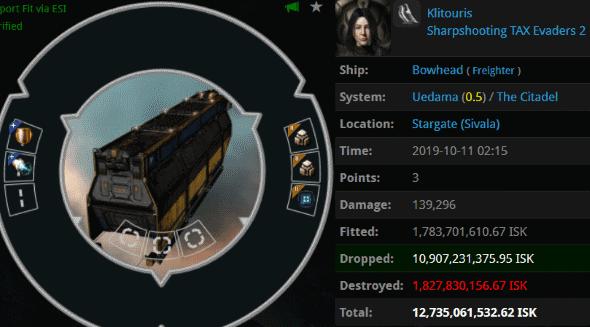 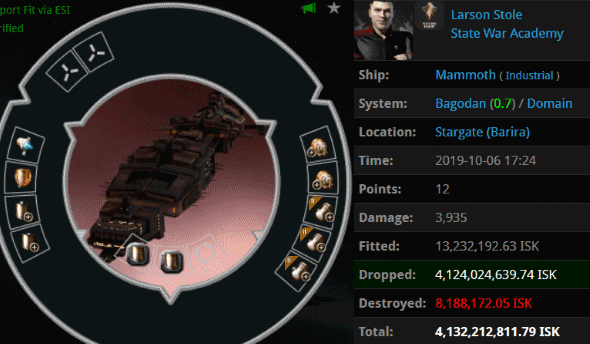 KILLMAIL
Mammoths aren't known for their sturdiness, even when their pilots aren't foolish enough to anti-tank them. Larson Stole had 4 billion isk to move, yet he couldn't be bothered to spend any money on hitpoints. No matter. Larson delivered everything he had into the hands of Agents Zhung Fei and Ariku Orenuk, who barely activated their guns before being rewarded with an explosion. 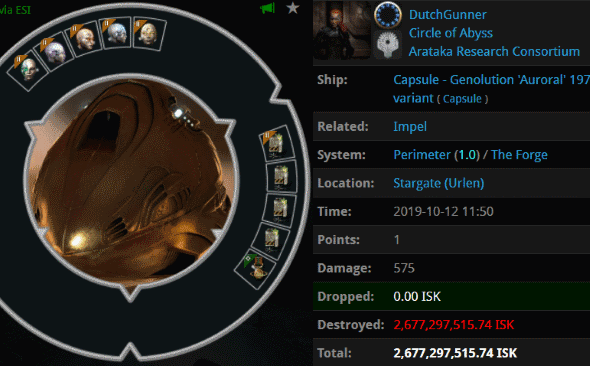 KILLMAIL
DutchGunner lost a 5.3 billion isk Impel when he was ambushed by a Tornado gang camping a 1.0 security system. Never one to miss an opportunity, Agent Aaaarrgg snatched the pod and earned a killmail worth nearly half as much as the Impel that birthed it. 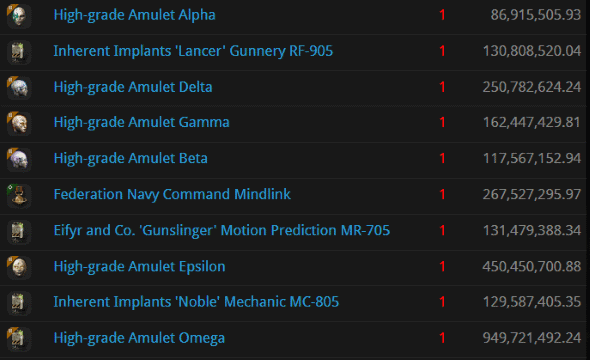 Aaaarrgg and his fellow pod-smashers are the reason why you don't see very many people sporting expensive implants these days. Yet our heroes will not rest until highsec achieves total compliance.
Posted by MinerBumping at 20:02