Where Are the Parents?, Part 2

Previously, on MinerBumping... An Orca attacked Agent Krig Povelli, who secured the ship and held it for ransom. The Orca pilot blamed everything on his son, claiming that the child had aggressed Krig while he was AFK. As Krig settled the matter, our Agent found himself aggressed by Viln Raurnaught, another Orca pilot--and the parent of another troubled youngster!

It was incredible. Agent Krig was aggressed by two different Orcas in the same ice anomaly, almost at the same time. Both miners blamed their unruly children.

As with the previous Orca, Krig easily subdued it after a short battle. Krig offered to release the Orca without destroying it--for a price.

Highsec miners aren't known for their ability to follow instructions--even simple ones. Would Krig be forced to kill a second Orca this day?

Despite being given ample time, Viln took no action. Not a good sign.

At first, Viln claimed not to have 315 million isk. Then he did. Maybe he transferred it to himself from an alt--but earlier he said he had no alts. What a shady miner!

Agent Krig checked his wallet to confirm that Viln sent him the required 315 million isk (and not .01 isk more or less). As Krig prepared to release the miner, another problem came up. 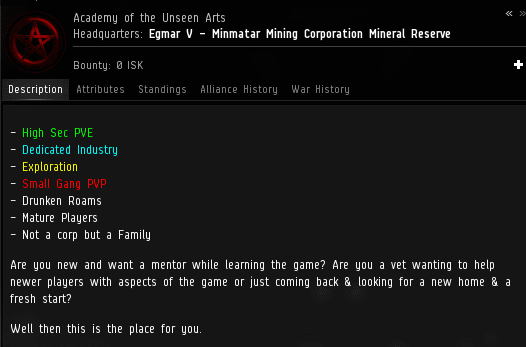 Viln confessed that he had no mining permit. He said he was in the ice anomaly because his corp had instructed him to participate in a mining op. He was only following orders, in other words. 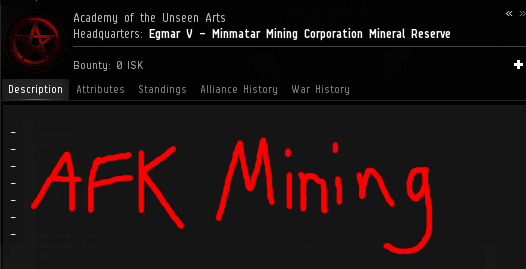 Our Agent tried to have an important conversation with the miner about obeying the Code. Once again, though, the miner's child caused a disruption. 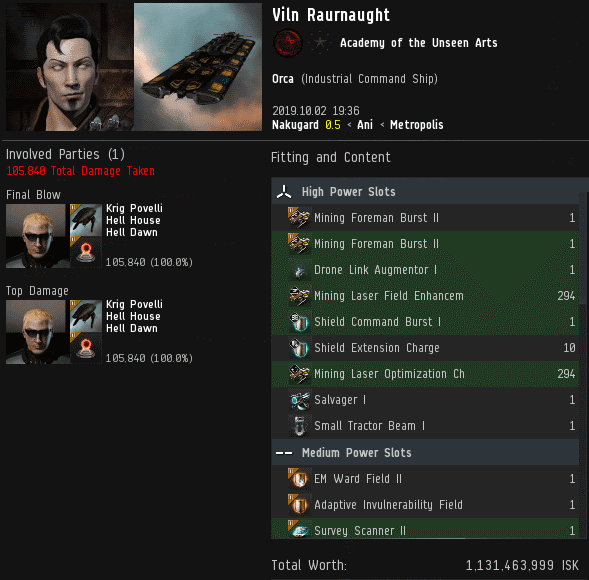 In the end, Krig had no choice but to kill another Orca. It wasn't what he'd set out to do, but it was what justice required.

The miner paid the price for failing to comply with the Code. He pretended to be surprised about it.

Agent Krig reflected upon the day's events. He had many deep and profound thoughts about what he'd experienced. In the course of it all, he realized one very important thing: Good parents obey the Code.