One problem with highsec miners is that they don't thank the gankers enough. But even when they do, it can come across as passive-aggressive: 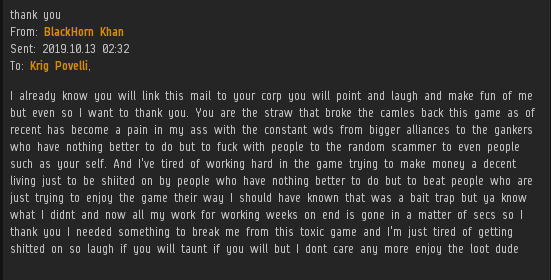 BlackHorn Khan kicked off today's edition of the Highsec Miner Grab Bag by thanking Agent Krig Povelli. Was it a sincere expression of thanks? Time to find out:

Anti-Gankers still don't understand what a criminal is.

Expressions used by miners can be cryptic, especially if the miner doesn't speak English. For instance, did this miner refer to the Roman Romulus, or the Star Trek one?

Hex Mallory was ganked in a Venture, so if he truly wasn't mining, then he was loitering. In fairness, though, he must be a very new player--he hasn't picked up the "don't gank me because subscription revenues" line yet! 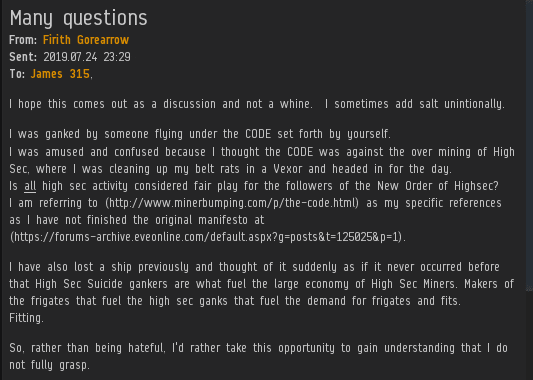 ...And here come the questions: 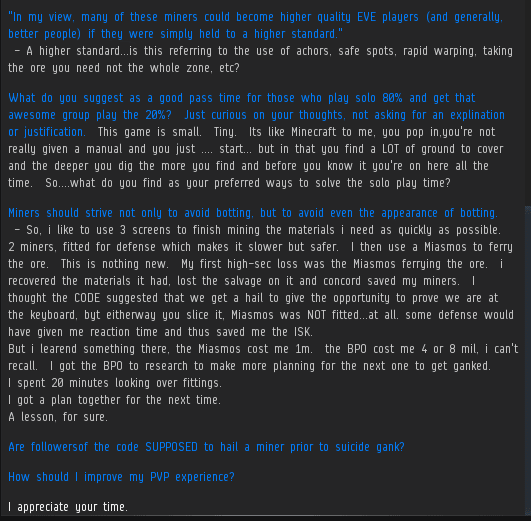 Since the miner quotes from the Code a few times, it looks like he's read it. Friend, my advice to you is to read the Code again and see if you have fewer questions. 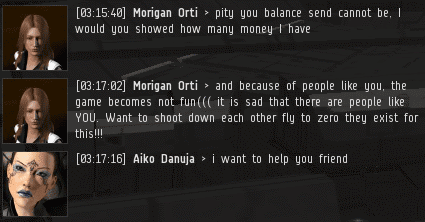 Russian miner Morigan Orti only spoke English with the aid of Google Translate, but her frustration was palpable... 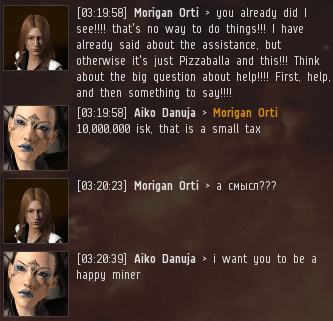 Our Agents care about many things. Pizzaballa is certainly one of them. But what they care about most of all is this: the Code.

It's amazing what highsec carebears can get away with. I mean, if I was the one calling the carebears "garbage", people would accuse me of bigotry! 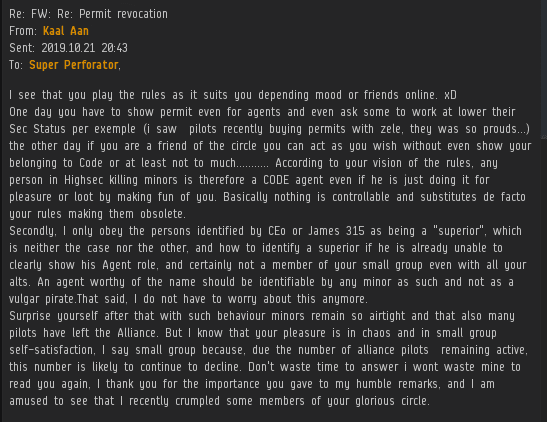 Kaal aan repeatedly accused our Agents of killing minors. Without going further into detail, I can assure you that this is not the case.

Protip: If you want to get your Mackinaw reimbursed because you had to go do "something" IRL, then you had better tell me what that "something" was. Even so, I'll just leave this here.
Posted by MinerBumping at 18:04