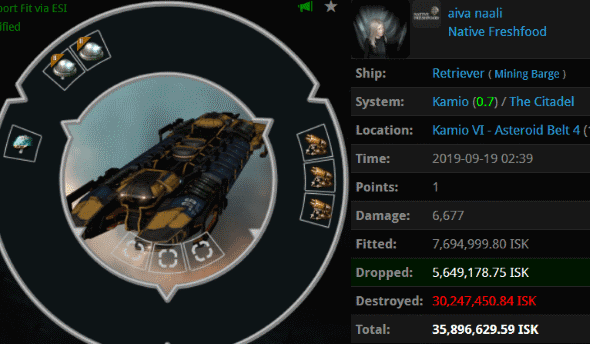 anaCheeya/aiva had given most of his worldly possessions to his new friends. In the meantime, he was determined to rebuild. He managed to progress from losing Ventures to losing Retrievers. Still, he was stuck in highsec. 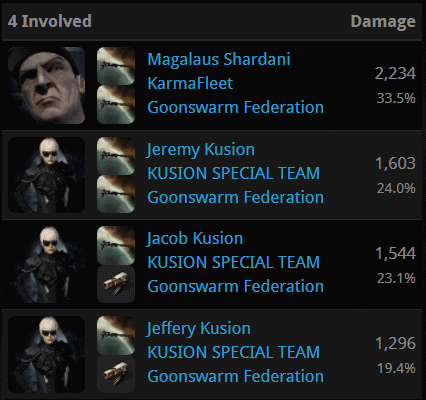 Ironically, he was ganked by members of Goonswarm Federation. They must have stumbled upon him by luck.

While the security checks continued, aiva kept busy by coming up with improvements for his "skank trap" concept. Once perfected, it could alter the balance of power in nullsec. 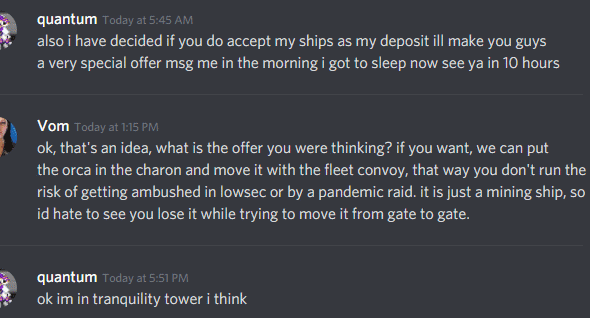 One way or another, aiva managed to get his hands on some new ships. But this meant that aiva's friends needed to take possession of them.

Agent Aiko Danuja agreed to look after aiva's stuff while things got sorted out with the Goons. 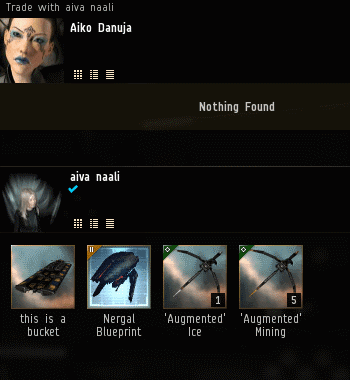 aiva considered himself an expert trader. True to form, he manged to strike a fair deal with Aiko.

But there was more. In addition to the "skank trap", aiva had an even more intriguing--and deadly--project in the works.

Although carriers have long been used by nullsec alliances for both PvP and PvE, aiva managed to see what everyone else had missed.

"Project Muse" would be aiva's most powerful invention yet. The unassuming highsec miner was about to be crowned EVE's greatest theorycrafter.

Despite his paltry in-game income, aiva had some expensive tastes. In particular, he was addicted to skill injectors. aiva's friends had their concerns, but they didn't ask questions.

As anaCheeya, the miner had called himself the "kingpin". As aiva, he was "lil bullet". This was a miner in a hurry to prove himself. And he was about to amaze Agent Aiko with his speed and cunning.