Over One Trillion Eight Hundred Eighty-One Billion in Shares Sold

Another victory for the Code:

Aiko Danuja was motivated to purchase 300 additional shares, which took us to the 1,881 billion isk mark. One thousand eight hundred eighty-one billion isn't too shabby. At any rate, Aiko's purchase earned her a Supreme Protector's Tip of the Hat™--and that's not shabby at all.

However, this stock purchase comes with a twist: 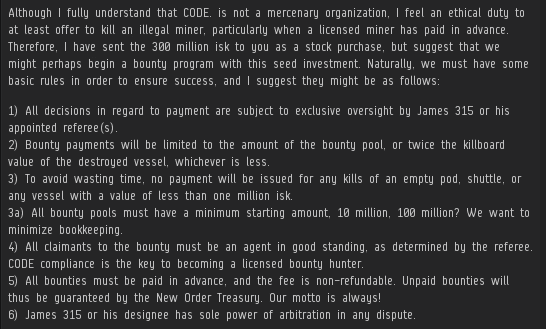 What is all this, you ask? Agent Aiko was recently approached by a stranger who asked her to gank a particular miner. He was willing to pay for the service. A bounty was offered.

EVE already has a bounty system, of course. In fact, it's had two bounty systems, and neither of them really worked as intended. The second bounty system, which has been in place since the "Crimewatch" patch of 2012, at least has the virtue of funneling a bunch of isk to our Agents.

Let's backtrack to when Brenin Kane made his bounty offer: 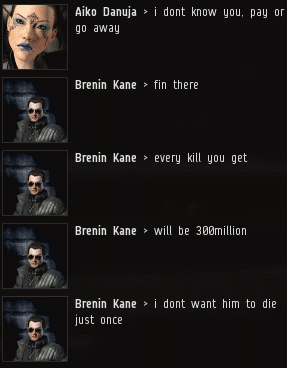 Aiko was very skeptical, but Brenin paid up front. Brenin claimed he would invest additional bounty funds if Alaxander--who has been known to conduct illegal mining operations on stream--gets ganked.

This system, to me, makes more intuitive sense than the in-game version(s). In particular, it seems logical for people to make payments to our Agents up front. That way, dishonest miners cannot offer bounty contracts and then default on them. 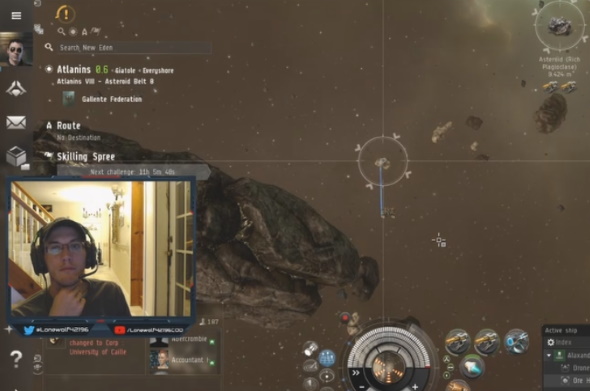 Alaxander awaits his fate.
Posted by MinerBumping at 18:05