Over One Trillion Eight Hundred Seventy-Nine Billion in Shares Sold

The EVE community at large has long been fascinated by New Order shares. We'll explore an aspect of our share program in a moment, but first comes a Supreme Protector's Tip of the Hat™:

Lyrialtus has been faithfully adding to his holdings of New Order stock for the past several months. This month is no different. With another 1,000 shares to his name, Lyrialtus earns an additional Supreme Protector's Tip of the Hat™ for bringing us past the 1,879 billion isk mark. 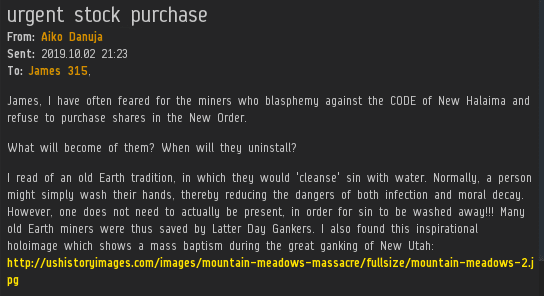 Agent Aiko Danuja, in a sudden bout of bonus compassion, decided to help some of her favorite Anti-Gankers: 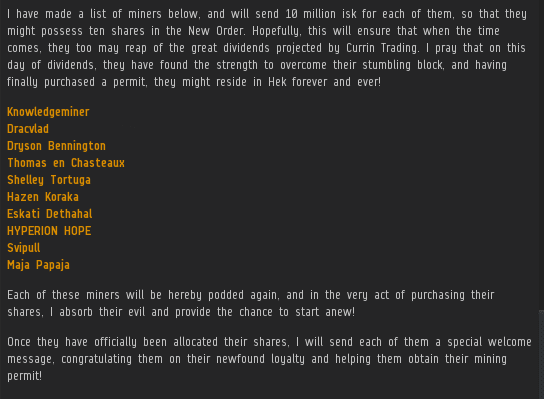 Though stockholders typically purchase stock in their own name, good citizens occasionally gift some stock to their fellow EVE players.

Interestingly, Kalynn Shardani already had 500 shares to her name--given as a gift by some altruistic fellow some years past. 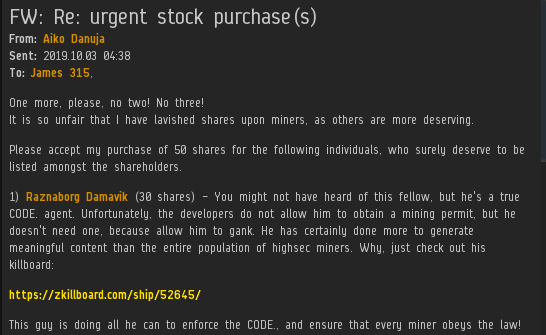 Now there's something you don't see every day: Shares purchased on behalf of an NPC. 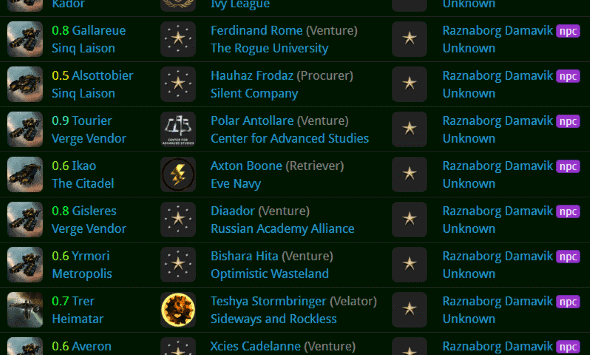 Agent Aiko went on to purchase some shares for CCP Falcon and ISD Dorrim Barstorlode, but it is here that we meet an unfortunate roadblock.

Back in early 2014, CCP came down with a ruling that prohibited EVE players from suggesting that CCP and/or its staff are affiliated with the New Order. This occurred as a result of a Senior GM misreading a portion of the Code.

Consequently, the shares that Aiko attempted to purchase for Falcon and Dorrim have been automatically transferred to the Permabanned Heroes of the Code--an appropriate resting place, I think.

This following work of forum art has been attributed to Kaylee Rayl: 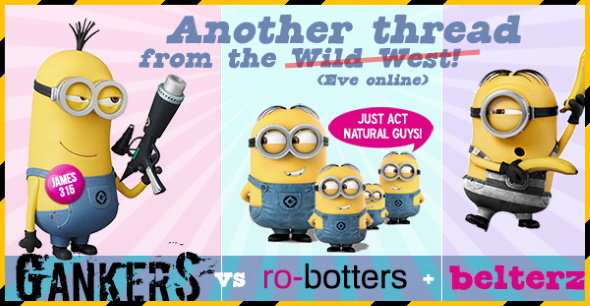 And while we're at it, here's a little extra extra:

What would it take to get someone to quit a game of Apex Legends--which was being streamed at the time--to go gank something in EVE? 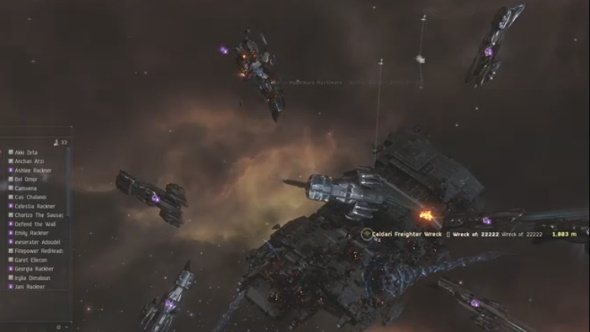 In the case of the Rackner family, it was a 94 billion isk freighter gank. Carebears, take note: That is how you multitask.
Posted by MinerBumping at 18:04