Previously, on MinerBumping... anaCheeya ANARKY revealed his plan to invade the territory of nullsec empires and take their stuff--all under the banner of his newly formed null sec nomads corporation. After Agents of the New Order ganked anaCheeya's Orca in highsec, they offered to help the ambitious miner go to nullsec and realize his dreams.

Our Agents gave the miner his coordinates. If all went well, he would travel deep into the heart of Goon territory and set up shop there. But, of course, one does not simply show up in Imperium space without an invitation. Requirements had to be met. 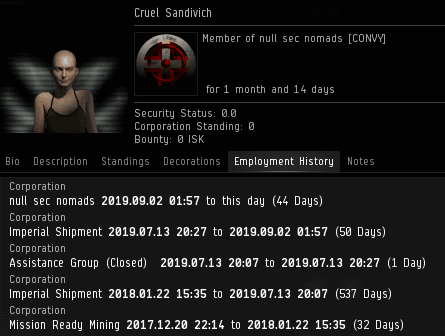 To ensure that anaCheeya was given a proper introduction, the miner was instructed to hand over his assets to the Agents of the New Order. As for anaCheeya's corp, it would need a new CEO. The miner transferred control to Agent Cruel Sandivich, who had plenty of relevant experience.

As a show of trust, anaCheeya was also encouraged to draw a picture of a dolphin.

Now that he had everything he needed, anaCheeya slowly made his way through nullsec in a pod. As he went, the miner sent updates to the Saviour of Highsec--who so far had not communicated with him in any way. 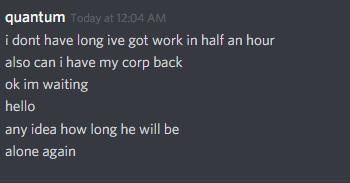 Though the Saviour was not in direct contact with anaCheeya, the miner and his new friends kept in touch through in-game channels and Discord. Miraculously, anaCheeya made it to his destination unharmed. But no one was there.

anaCheeya hoped to reach out to the Saviour again by EVEmail, but he no longer had 315 isk to pay the spam fee. After a time, our heroes advised anaCheeya to travel even further into Goon space. He would make contact with someone eventually. 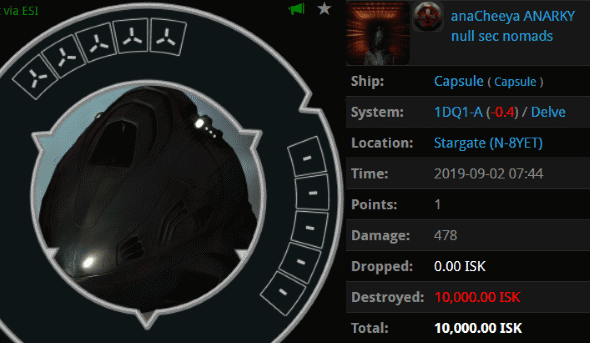 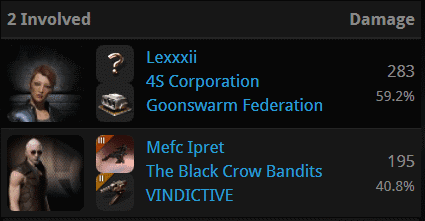 anaCheeya was rattled: The people who killed him should've been his new allies.

The miner couldn't understand why anyone would want to kill him. He was capable of piloting a Rorqual, which meant that he could contribute by taking other people's ore.

One of the attackers explained that he had been acting on pure adrenaline. 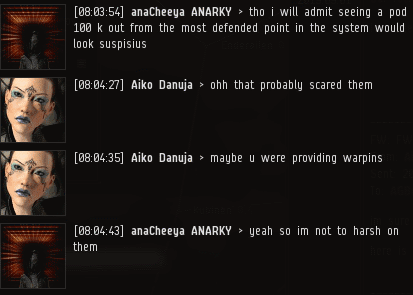 Though annoyed and mildly inconvenienced, anaCheeya chose to forgive those who had killed him. Things would get better tomorrow.

As time went on, though, anaCheeya began to feel troubled. He didn't like being without a corp, without a home, and without assets. He wanted to get rich quick. And the only people who could help him achieve his goals were the Agents of the New Order.