Previously, on MinerBumping... The in-game "Mining" channel fell victim to an infestation of bot-aspirants. When Agent Aiko Danuja gave the miners a warning by presenting the killmail of a ganked miner, Kiss My Ash and the other bot-aspirants howled in protest.

Agent Aiko linked a 55 billion isk Marshal killmail as further evidence of the Code's power. But Kiss My Ash claimed that this was more than offset by the fleet of gank Tornadoes required to take down the Marshal. 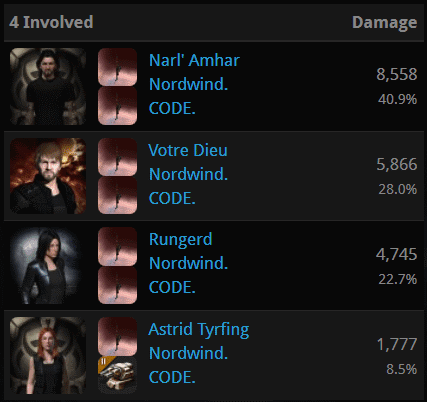 It soon became clear that Kiss was a classic case of the Green-Eyed Monster.

Miners often complain about gankers who "harvest" tears and salt. But the dilemma is apparent: Link a fresh killmail and the miners cry; link a killmail from a few days ago and the miners cry more. Link no killmails and they cry that they weren't given enough warnings.

Agent Aiko accepted Kiss My Ash's invitation to link the fresh killmail of a billion isk Tengu. As expected, she remained as salty as ever.

In a rage, the miner confessed to being a false newbie.

Without any encouragement, Kiss My Ash went on a rant about how offended she was by people who didn't gank precisely according to her specifications. Nothing could make her happy except for some kind of mythical perfect gank.

Based on Aiko's observations of the miner, she could only conclude that Kiss My Ash was a bot-aspirant carebear--and therefore guilty under the laws of highsec.

As time went by, the miner only grew more disgusted. She couldn't believe the low-quality ganks she was seeing. And she would hear nothing about buying a permit. Was Aiko's trip to the Mining channel a waste of time? 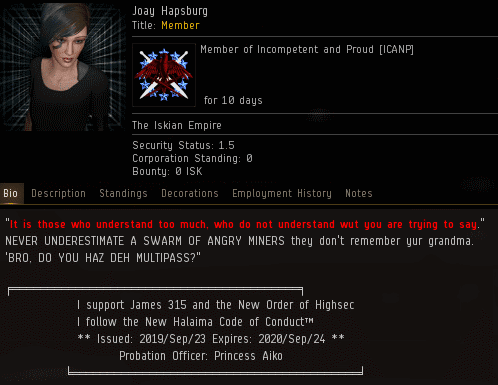 For every Kiss My Ash, there are other miners who are not so foolish. Some, rightly impressed by the killmails they saw, decided to purchase a mining permit and avoid death. 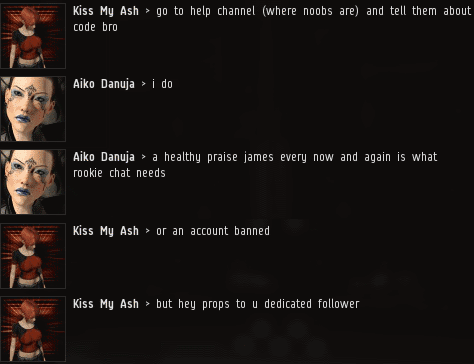 In the long run, our Agents are always victorious. Some day, if he plays EVE long enough, even the most hardened rebel will find himself complying with the Code. There is no alternative.
Posted by MinerBumping at 18:02