Where Are the Parents?, Part 1

I mean, I did warn you he was back. 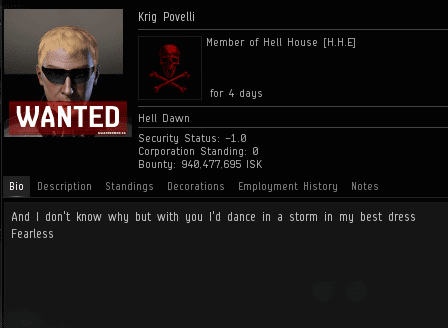 Agent Krig Povelli somehow found himself locked in combat with an Orca piloted by Cyrus Farlen. The most peculiar things always seem to happen to Agent Krig.

As the battle turned in Krig's favor, the Orca pilot blamed his son for aggressing our Agent's ship. As we've seen, there has been a spate of such child-blaming going on lately.

Despite being given precise instructions on how to save his Orca, Cyrus tried to save a little money with some scammy maneuvering. Krig refused to play along. It was 315 million isk or nothing.

Incredibly, Cyrus jeopardized the safety of his ship by trying to shave less than 5% off the price. What a greedy little miner!

Karma quickly caught up with the miner, who accidentally overpaid the ransom with his final installment. As a result, Krig had no choice but to destroy the Orca. "But James 315," you say. "The miner paid more than the ransom. Surely that should qualify as compliance?" Not so. According to long-standing precedent from the pre-Code era, overpaying is considered a failure to pay the amount requested. Look it up, it's all there.

In the aftermath of his Orca's destruction, Cyrus again blamed his son for the whole incident.


Krig Povelli > If you had a permit, I would not have to kill you
Cyrus Farlen > dude im not new, my kiddo got on and agressed you while I was afk
Krig Povelli > You should teach your kid about permits
Krig Povelli > They are the Law
Krig Povelli > Letting kids mine in a PVP game is not good parenting

In truth, Cyrus' own mistakes led to the death of his Orca. It was wrong of him to shift the blame to his "kiddo".

The New Order Bathroom Protocol exists for a reason, folks.

In response to the attack, Cyrus vowed to remain at his keyboard whenever his children were present. So, basically, his kids are Code enforcers.

It appeared as though Cyrus was finally beginning to realize that crime didn't pay. But instead of embracing a life of Code-compliance, he grew jaded.

A silver lining: Cyrus didn't go the dishonourable route of claiming that he had a dozen replacement Orcas ready to go, or that the loss didn't hurt. 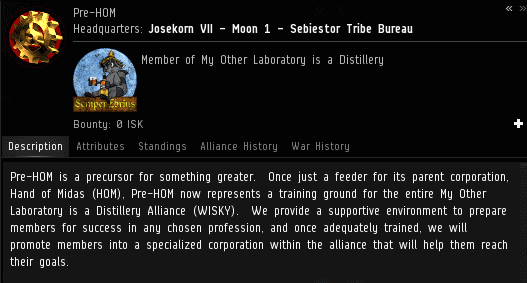 Our Agent noted that Cyrus belonged to a corporation with some red flags in the corp description. But there was no time for Krig to dig too deeply into that. Because, in an extraordinary turn of events, he found himself dealing with another criminal Orca pilot. Yes, even as Krig was wrapping up his conversation with Cyrus, a second Orca in the same ice anomaly went hostile!

...And another child goes under the bus!