With the aid of Agent Aiko Danuja and other friends from the New Order, aiva hoped to regain access to Imperium space. So far, he was making good progress. They don't call him "lil bullet" for nothing. 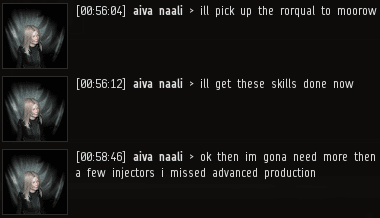 aiva took Agent Aiko into his confidence. The miner made no secret of his addiction to skill injectors, though he never mentioned how he was able to afford so many of them. 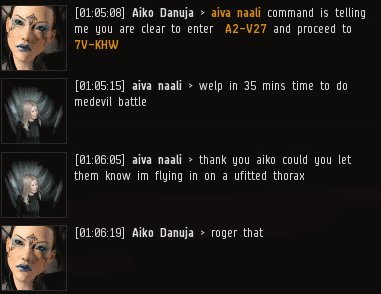 The most perilous part of aiva's journey began. The miner held his breath and jumped into nullsec.

Remarkably, aiva managed to make his way into nullsec without issue. Aiko's connections in Goon high command were paying off. 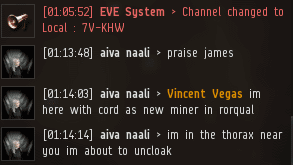 Upon receiving instructions from Aiko, aiva announced his presence and prepared to advance to the next system on his list. 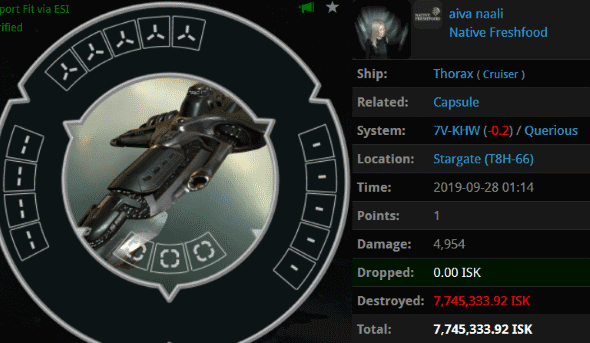 Adding insult to injury, the pilot who attacked him was a Goon. Was it a miscommunication of some sort? 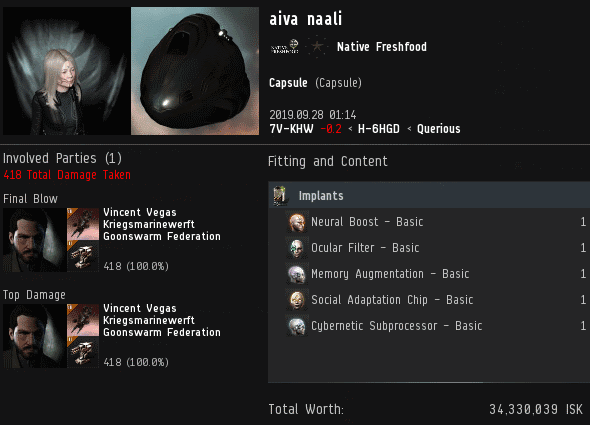 In the heat of battle, Vincent Vegas also popped aiva's pod, sending him right back to where he started. 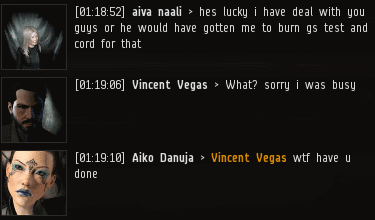 What Vincent didn't realize is that aiva was no ordinary blank-fit Thorax pilot. In fact, the miner had detailed plans on how to create superweapons and destroy the Imperium. 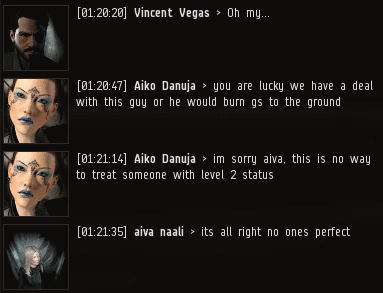 As usual, the diplomatic Agent Aiko managed to save the day.

After taking a few moments to reflect, aiva decided to forgive the unwarranted attack and go offline to attend a prior engagement. However, there was more to aiva's chance encounter with Vincent than met the eye. Just prior to the incident, the following conversation took place in a private channel:

At the risk of jumping to conclusions, it appeared that Aiko--the person aiva trusted the most--may have actually been playing both sides. How would aiva react when he discovered the truth?