After years of being a notorious member of the Anti-Ganking channel, Knowledgeminer was banned by Astevon. Of course, for most readers, this raises a rather obvious question: Who's Astevon? 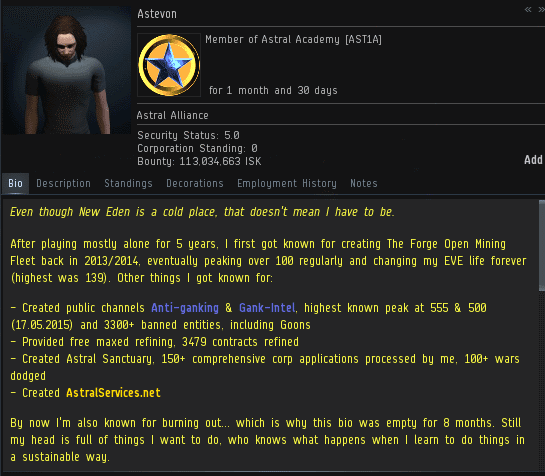 Astevon is one of the carebears responsible for starting the whole Anti-Ganking nonsense in the first place.

Judging by his EVEmail, Astevon didn't necessarily intend for Knowledgeminer to be permanently banned from Anti-Ganking. No, the prodigal son could eventually return--but only after repenting for his sins. Which, naturally, required Astevon to draw up a list of Knowledgeminer's sins.

Astevon's epistle to Knowledgeminer went beyond merely cataloging Knowledgeminer's sins. After all, Astevon knew that his guidance and insights would be needed to help Knowledgeminer make up for said sins. And to prevent him from repeating them later.

Before he began taking action against Silent Company, Knowledgeminer had explained his reasons for doing so. But Astevon was certain that the reasons were insufficient. So certain, in fact, that he didn't need to waste time reading them.

Although Knowledgeminer violated the Anti-Gankers' rules, that was merely a symptom of a much greater problem. A problem deep within Knowledgeminer himself.

Deep in his soul, Knowledgeminer was a broken man. He could fix himself and be made whole again--with Astevon's help.

...And so it went. Knowledgeminer could regain access to the Anti-Ganking channel, but it would be a long and difficult journey. If he chose to embrace Astevon's love and attempt the journey, that is. 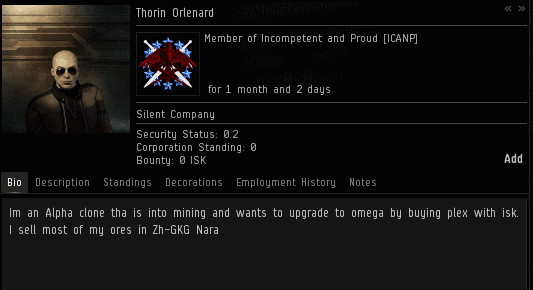 Knowledgeminer was thus faced with a choice. When he encountered members of Silent Company, would he walk the path of Astevon? Or would he do something else entirely?