You know the drill, dear reader: It's time for another edition of the Highsec Miner Grab Bag!

When you encounter someone like capt JohnJ, you have to wonder just how long it took him to become such a Goofus...

...In this case, it took about two-thirds of a century. When capt JohnJ's ship exploded, he gave a new meaning to the term "boomer"!

Nihass Ironbound received multiple opportunities to purchase a mining permit within his first month of playing EVE. Hopefully he'll get straightened out long before he has enough isk to buy a freighter. 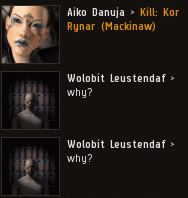 The Code
The Code 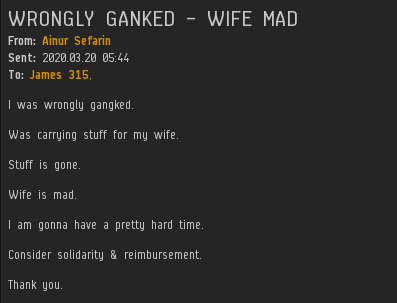 In lieu of reimbursement isk, I'll give you some free advice: If you don't follow the Code, your marriage is probably not going to last.

Confiscating blingy drones and winning arguments. All in a day's work for our Agents. 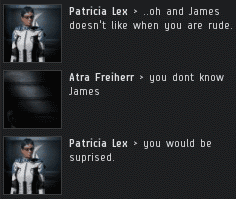 After Patricia Lex lost her Mackinaw, she invoked my name. But you can tell if a miner actually knows me by observing whether or not they obey the Code. 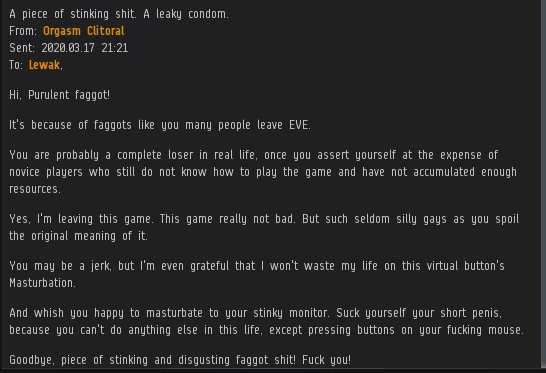 I'm pretty sure this miner put more thought into writing this EVEmail than anything else he did while playing the game.

A carebear's outrage upon being accused of AFK mining is a red flag. Bot-aspirants always get angry when they get caught. 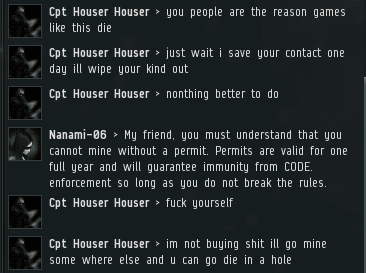 ...See what I mean? This guy doesn't sound like an innocent miner. 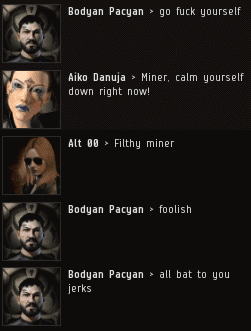 Miners would be surprised how often their corpmates are happy to see them get ganked. It makes sense, though. Just imagine being stuck in a corp with one of these Gobloks.
Posted by MinerBumping at 18:02