Previously, on MinerBumping... aiva naali, re-rolled as FighterJets GuitarSolo 1000Years, regained his confidence in his council and resumed his duties as Lead Strategist of the Imperium.

With some help and encouragement from his council, aiva created a new corporation, Mission Ready Mining RELOADED. aiva's colleagues assured him that corp's name evoked a strong, proud history. Under aiva's leadership, the corp would hopefully grow into EVE's new colossus. 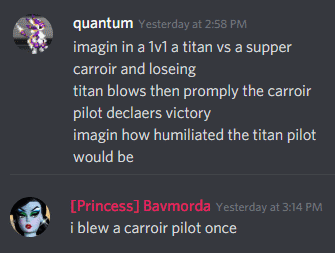 Mission Ready Mining RELOADED was, like its sole member, stuck in highsec. Yet aiva's thoughts always returned to nullsec and the things of nullsec. 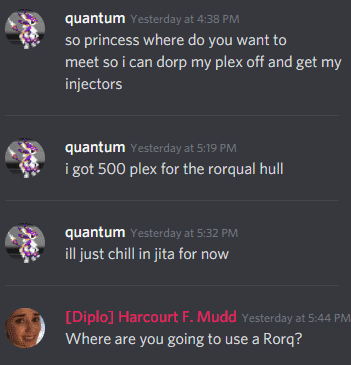 aiva wished to mine his heart out in nullsec. Sadly, as his council had to keep reminding him, he did not yet have access to Goon space. He would need to continue mining in highsec. 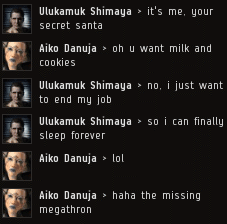 aiva wasn't the only one who took the occasional trip to Jita. While there, Agent Aiko Danuja was contacted by an old friend: Ulukamuk Shimaya. It was he who had sold intel to aiva--accusing the council of scamming aiva. 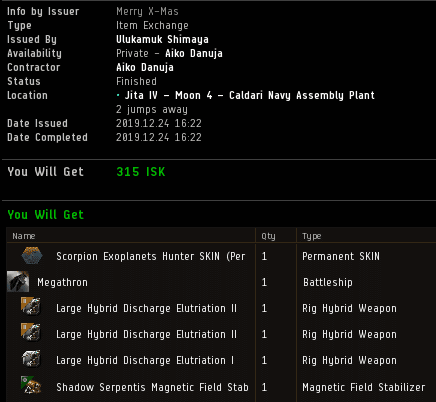 aiva had purchased the intel about the "scam" by giving Ulukamuk some of his assets. Now, for whatever reason, Ulukamuk handed over the assets to a member of aiva's council. 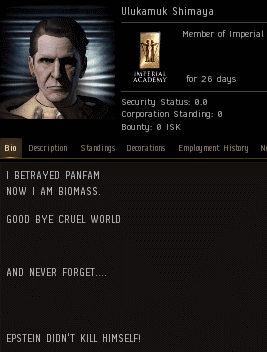 And with that, the mysterious information broker departed the scene. aiva and his council would move forward with their important work, free from interference.

By all accounts, the Imperium was a powerful organization. However, it was not yet powerful enough for aiva. He dreamed of a day when the Imperium would rule all of nullsec instead of resting on its laurels in the southwest. To achieve what aiva had in mind, the Imperium's fleets would need to be restructured from the ground up.

aiva had been brainstorming new ways to divide the Imperium's fleets and train its fleet commanders. This would give the coalition an edge in the endless war against Pandemic Horde.

Though he believed in his ideas, aiva was flexible. If he had to set one of his plans aside, so what? It wasn't like he was ever going to run out of ideas.

To be sure, some of aiva's ideas were radical--especially his notion of an Experimental Fleet Commander, who would lead mining, ratting, and combat ops simultaneously.

aiva proudly presented his alphabet soup to the council and told them to pass it up the chain. But aiva wasn't done yet. Not by a long shot.

It was time to unveil aiva's greatest invention yet: The Five Crowns.