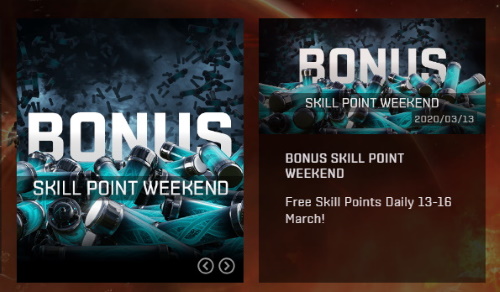 Okay, CCP. We get it. You want us all to focus on (and buy) skillpoints. Thanks, but no thanks--I'll stick with the Code. And you, dear reader, would be wise to do the same. Or else you could end up like these decadent isk-grubbing Gobloks from the week of March 8th @ 00:00 EVEtime through March 14th @ 23:59 EVEtime: 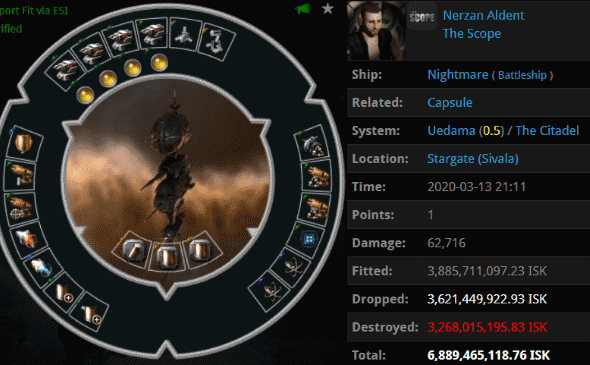 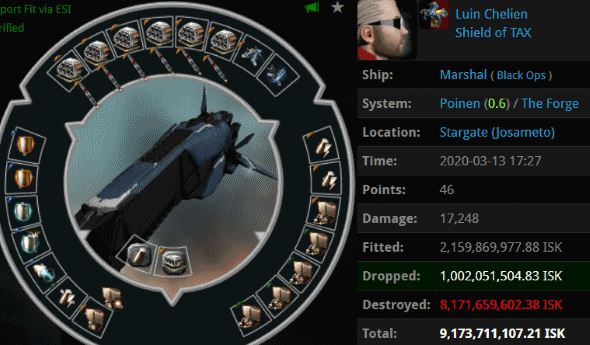 KILLMAIL
Luin Chelien managed to lose an even more expensive combat ship: A 9.1 billion isk Marshal. A large fleet of gankers wasn't necessary to take him down; a trio of Tornadoes was sufficient for the task. Agents Ralliana, region 152, and TroubleShooter Maker calmly and professionally blapped the target, as our Agents do. 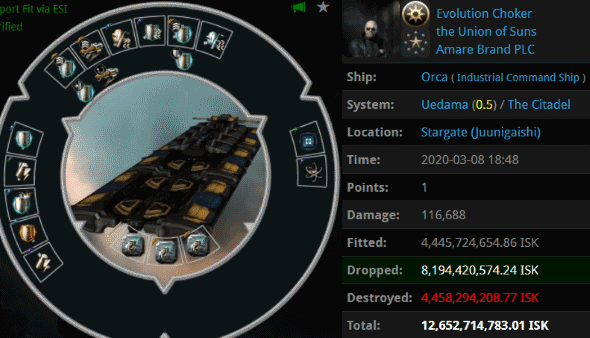 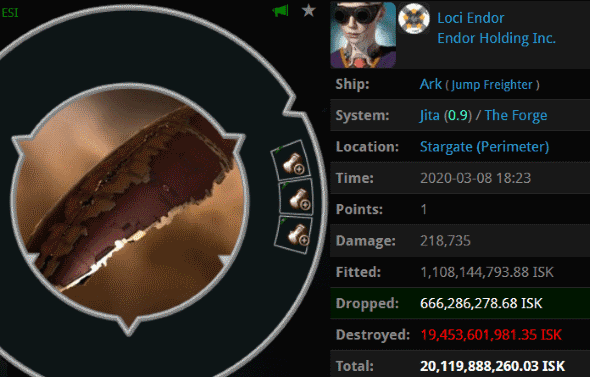 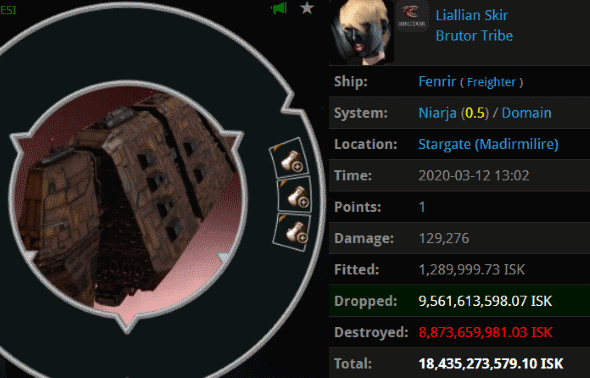 KILLMAIL
As we just saw, it's possible to drop nearly two dozen Taloses on a jump freighter in Jita and kill the target before CONCORD arrives. But you might be wondering how few ships can be used to successfully gank a freighter, under more optimal conditions. Liallian Skir and her 18 billion isk freighter provided our Agents with the opportunity to find out. As the carebear autopiloted through a 0.5 security system, our heroes managed to gank her using just five Talos pilots: Agents Ashlee Rackner, Rebecca Rackner, Yan Rackner, Jani Rackner, and Georgia Rackner. About 10 billion isk worth of loot dropped from this kill. Not a bad trade for five battlecruisers! 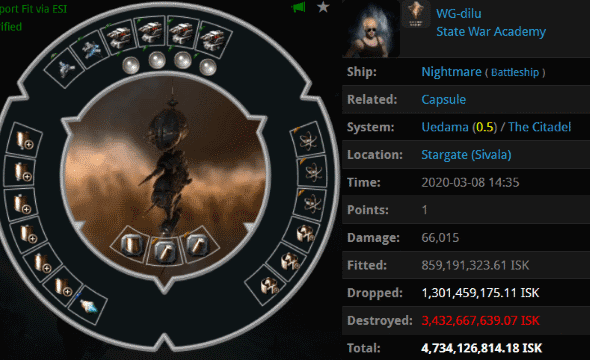