Previously, on MinerBumping... The PLEX market wouldn't know what hit it! aiva naali aka FighterJets GuitarSolo 1000Years developed a plan to take over EVE's economy by manipulating the PLEX market. Yet the financial wizard found something he struggled at: Finding recruits to join his 1-man mining corporation. aiva's council made every effort not to embarrass their leader for his failure on the recruiting front. He just needed a little encouragement to help him succeed. 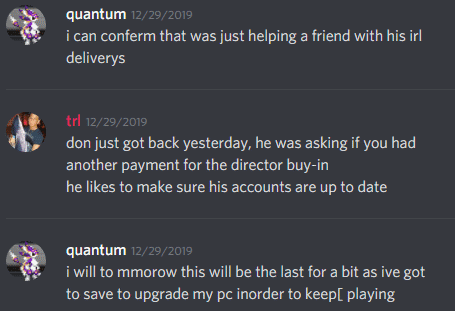 Of course, rebuilding the Imperium supercapital fleet was the more important job. If aiva provided sufficient funding, he would be the next in line to get director roles in Goonswarm Federation. 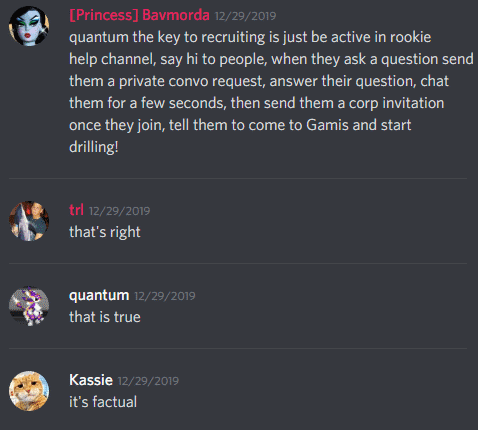 Nevertheless, some in aiva's council continued to push him to keep recruiting. aiva was always juggling multiple tasks. 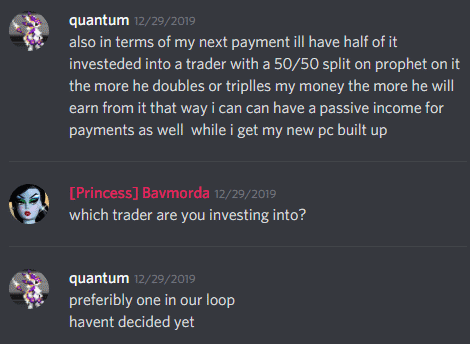 aiva's plan to manipulate the PLEX market continued to evolve. One might ask why aiva needed to give PLEX to someone else to invest, considering that he believed himself to be EVE's best PLEX trader. The answer: diversification.

As luck would have it, aiva's council was able to handle the PLEX investment stuff for him. This had the added benefit of keeping aiva's financial operations as secret as possible.

As 2019 came to a close, aiva made good on his promise to defeat Test Alliance Please Ignore. The defeat had only taken place in one of aiva's simulations, but that was pretty much the same thing as it happening in reality. TEST was about to enter its final year in existence. 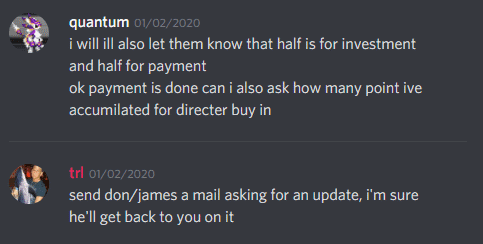 aiva's takeover of the PLEX market had begun. With his profits, aiva was now able to fund three separate projects simultaneously: The rebuilding of the Imperium supercap fleet, the acquisition of "points" needed in order to earn Goonswarm director roles, and a PLEX investment fund run by Donatien Alphonse Francois. On top of that, 50% of the profits from Donatien's trades would also fund all three projects.

aiva's plan to defeat Pandemic Horde, TEST, etc. relied heavily upon the "lanceing fleet", a particularly effective fighting force designed by aiva himself. But even aiva's crack troops couldn't stay at the front indefinitely. Fear not--aiva had a plan for that.

Although aiva had not yet spoken to any of these brave lancers, he was continually aware of the state of their morale... 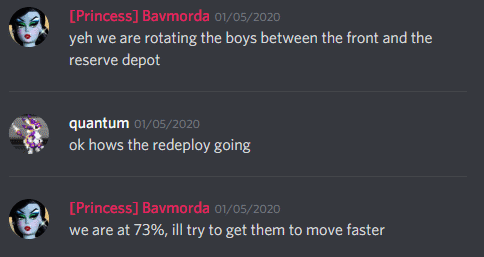 ...When you have a council as good as aiva's, you don't need to visit the front yourself.