What Part of Code Don't You Understand?

A good gank serves as a test of one's character. 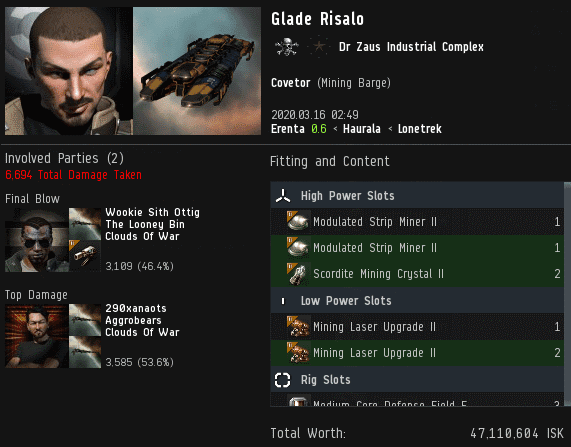 Glade Risalo lost his unlicensed Covetor when it was ganked by a pair of Catalysts. Glade's alt, an Orca pilot named Darcassan, searched for someone to blame. Then he spotted a nearby Venture that was obviously acting as a scout for the gankers. 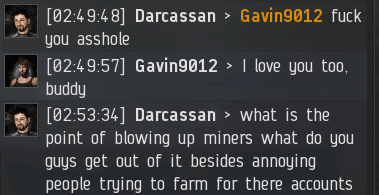 Darcassan raged against Gavin9012. The miner was right about one thing: Gavin9012 had indeed been the gankers' warp-in. 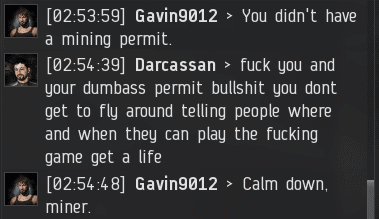 On the other hand, Darcassan was wrong to believe that he didn't need a permit. And he was certainly wrong about our Agents' ability to command the people of highsec. 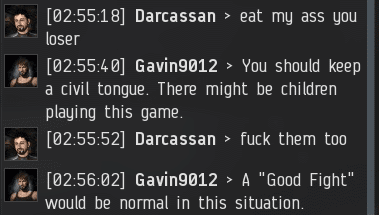 With nearly 10 years in EVE, Darcassan didn't even bother pretending to be a "newbro" or a "new returning player". But without these trusty clichés at his disposal, all he had left was profanity. 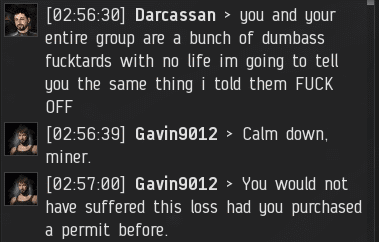 The miner's salt was plentiful. Gavin9012 wasn't interested in harvesting tears, though. He wanted to help Darcassan obey the Code and become a better player/person. 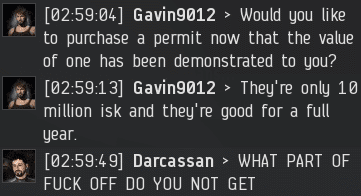 Nevertheless, 10 years of bot-aspirancy cannot be undone overnight. Darcassan's journey would be slow. And painful.

Our Agent could tell that the miner was irrational. 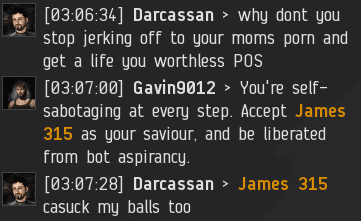 With a tactful mention of the Saviour of Highsec, Gavin9012 confirmed his suspicions: Darcassan was a Goofus. 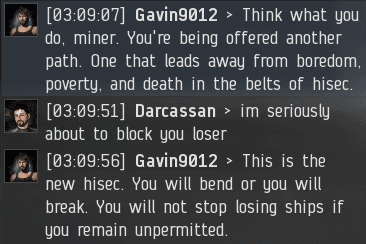 Though Darcassan was out of control with anger, Agent Gavin9012 felt there was still some benefit in telling the miner the truth. After all, Darcassan would probably need to be told about the Code many, many times before he finally embraced it or quit the game. 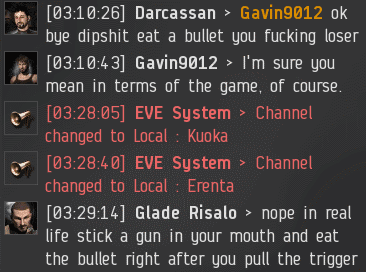 As Darcassan went silent, our Agent scouted around for more targets. After briefly popping in next door, Gavin9012 returned to the system just in time to see Darcassan's Covetor alt make permabannable statements in local chat. But the miner still had one more foolish mistake to make that day:

Darcassan swapped into a destroyer and made a failed attempt to gank Gavin9012's Venture. For the next 30 days, Darcassan's Orca would be forced to operate under the risk of a kill right--or not at all. Perhaps he'll spend the month learning about the Code?
Posted by MinerBumping at 18:05