The Quest for Freedom

People say that EVE is a sandbox. We've all heard it before. But if you've been playing EVE for six years and all you know how to do is AFK mine in highsec, then you're in the wrong sandbox. 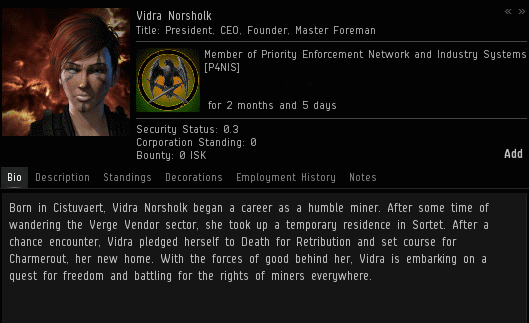 Vidra Norsholk was passing some time in the Aydoteaux system, mining while AFK. Or, as she might put it, "questing for freedom and battling for the rights of miners everywhere". 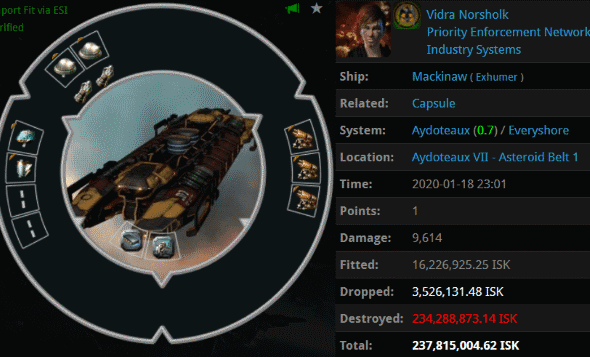 Suddenly, Vidra's quest hit a snag. She lost a fail-fit Mackinaw and a 70 million isk pod. 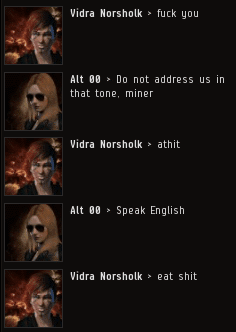 Vidra was invited to the "Why Was I Ganked?" channel, where her battle for miner rights truly began. You know a miner is angry when she sputters even in writing. 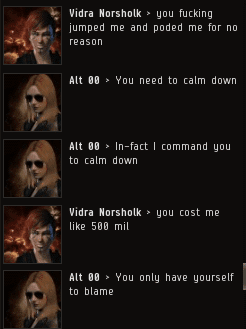 Despite Vidra's rage, she was already thinking about how to make more money. Laying the groundwork for her future reimbursement claim, the miner inflated the value of her loss to 500 million. 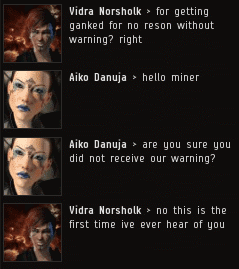 How does someone play EVE for six years and not hear about the Code? Regardless, our Agents put an end to that unlucky streak. 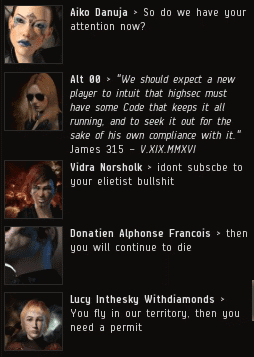 News of Vidra's defiance spread. Additional Agents were called in to help put out the inferno. Things could get bad in highsec if other carebears started thinking about "miner rights". 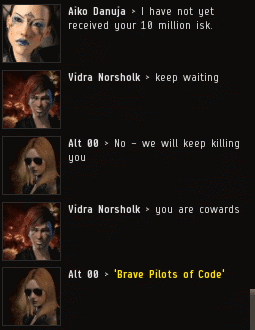 Vidra's philosophy was poorly thought out, just like those of the rebel leaders who came before her. 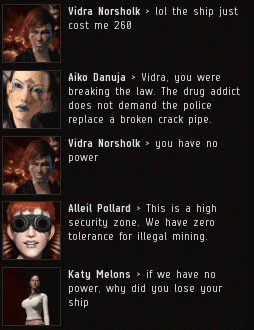 Once she realized that she wasn't likely to get reimbursed, Vidra began to downplay her loss. She cut her estimate of the isk value in half. 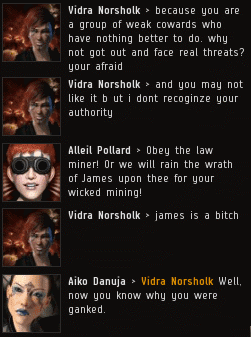 Our Agents confirmed that Vidra was a Goofus. Like all Goofuses, she had an instinctive dislike for me; even hearing the J-word was enough to set her off. 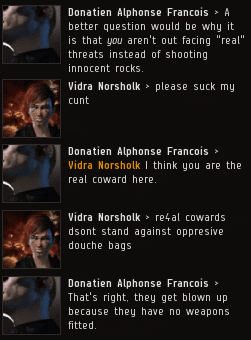 Strangely, Vidra seemed to think that she was standing up and defending herself. 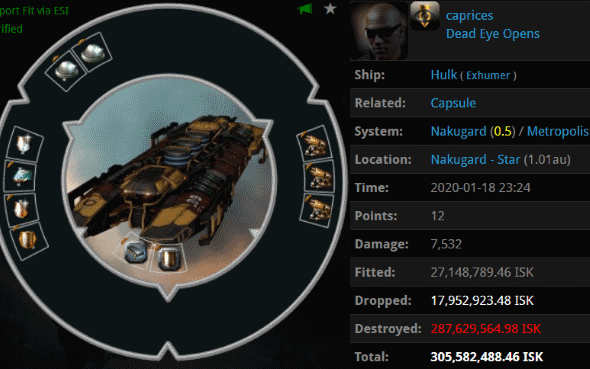 At the same time, our Agents were hard at work elsewhere in highsec. caprices was caught AFK in a Hulk and lost his 460 million isk pod. He had been playing EVE for eight years, so he had even more experience than Vidra. 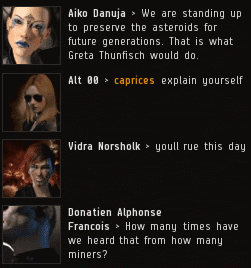 As Vidra vowed her revenge, caprices was invited to join the channel. Maybe he would be Vidra's first recruit into her anti-Code movement. 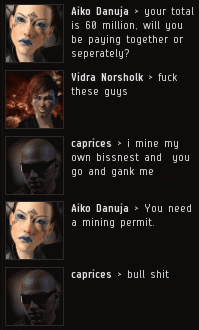 For whatever reason, the two miners didn't connect. Sometimes being in the presence of a fellow gank victim can make a miner shy. The two parted ways, still in search of "freedom". But as the Code tells us, there is no freedom without rules--and the Code rules all. Always!
Posted by MinerBumping at 18:04