Previously, on MinerBumping... As aiva naali and his council put the pieces of their lives back together, aiva was contacted by Nameless Peasant, an anonymous information broker. aiva didn't have the money to pay Nameless his fee, but he was eager to know what secrets awaited him. 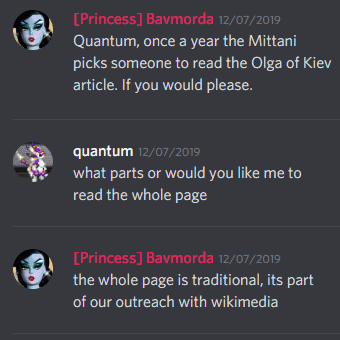 Even as aiva was in contact with the mysterious spy, he submitted himself to a series of trials designed to test the amount of faith he had in his council. 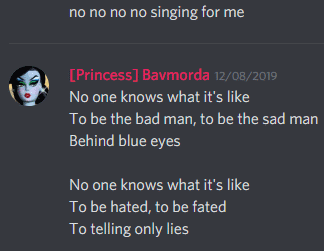 From the outsider's perspective, the tests were peculiar. But they were grounded, deeply, in tradition. 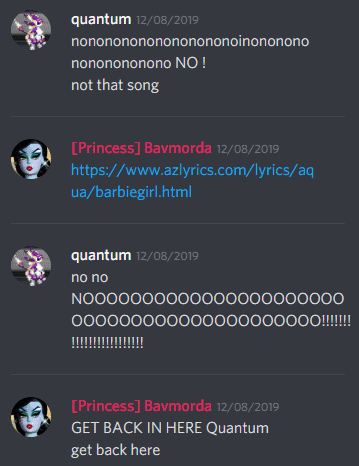 aiva's loyalty to the Imperium was resolute. Yet there were lines that even he wouldn't cross. Singing was one of them. aiva would do anything for the Imperium, but he wouldn't do that.

The story of aiva naali approached its conclusion. One had to wonder: Was Nameless Peasant able to sow seeds of doubt in aiva's mind? Or was there an irreconcilable breach between aiva and his council that had merely gone unseen until now?

aiva penned an EVEmail to the men he admired most. 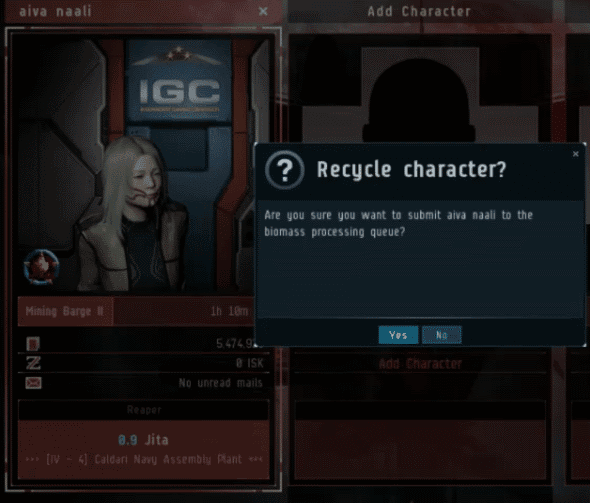 ...It would prove to be his last. Minutes later, aiva naali was biomassed. Like anaCheeya ANARKY before him. 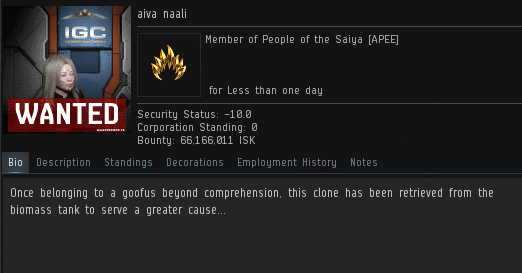 Yet the name of aiva naali would live on.

The owner of the newly registered "aiva naali" sought to honour the original aiva, and he did so by ganking highsec miners.

...And by selling mining permits.

aiva the Code enforcer did his job well. I think the original aiva/anaCheeya would have been proud.

And there the story of aiva/anaCheeya ended.

At least, that's where it would have ended.

...Because you see, aiva didn't keep his conversation with the information broker a secret from his council. Nor would he trust the word of some anonymous spy over theirs. No, aiva had his council--his people--and he trusted them. More than that, he had faith in them. 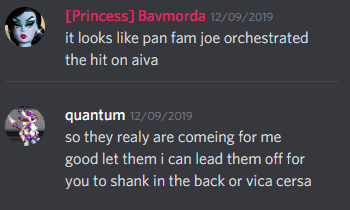 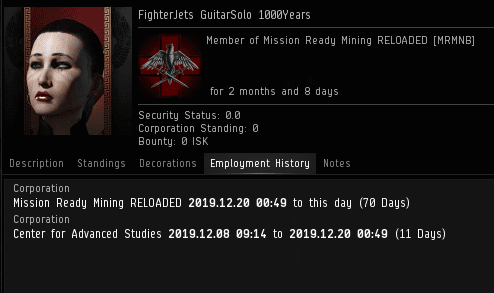