Previously, on MinerBumping... aiva naali aka FighterJets GuitarSolo 1000Years devised the Five Crowns as a means of preventing the Imperium from dissolving into civil war after it finished conquering nullsec. But aiva also faced a more immediate problem: Money.

aiva met with his council to pitch some ideas on how the PLEX market might be manipulated whenever CCP put PLEX on sale. aiva was enthusiastic as usual, but his council had some concerns. 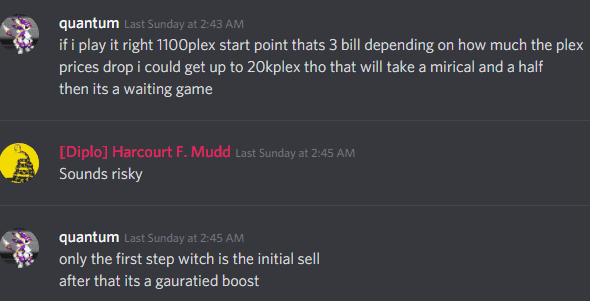 At his core, aiva was a risk-taker--a gambler, even. That was, after all, how he'd gotten to where he was in EVE. aiva's colleagues were far more cautious.

Although aiva was confident that he'd considered every angle of the plan, there was still the chance that some unknown variable might bring everything to ruin. In that event, aiva would be broke. And that would be bad for the Imperium. 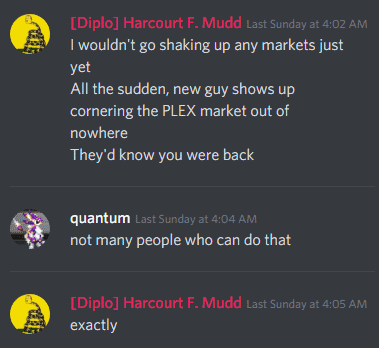 The council urged aiva to slow things down. But when aiva was passionate about something, he became an unstoppable juggernaut.

The more time aiva spent examining his financial scheme, the more it mesmerized him. It was so elegant, so genius... It couldn't fail. At the end of it, aiva would become more powerful than The Mittani himself. 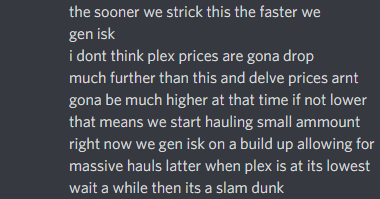 aiva was eager to get started on his journey. Soon he would become EVE's most famous financier. But was aiva flying too close to the sun?

All along, aiva had hoped to assist the Imperium in conquering all of nullsec. But perhaps he had been too narrow in his vision. With the money to be had from manipulating the PLEX market, aiva could personally take over the entirety of EVE, not just nullsec. Finally, he would be able to exact vengeance upon Pandemic Horde and spawnscum, the guy who had killed his Orca all the way back in Part 1.

aiva began to consider what to do after taking over EVE's economy. Some might accuse aiva of putting the cart before the horse. But not really, since there was basically no way that his plan wouldn't work. The galaxy was as good as his already. 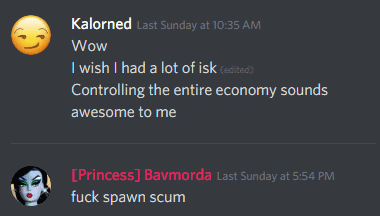 The council was impressed.

There was a problem, though. aiva allowed himself to get so wrapped up in his new economic plan that he'd completely forgotten about a project that he'd already started:

As FighterJets GuitarSolo 1000Years, aiva had formed Mission Ready Mining RELOADED. His council had encouraged him to create the corp and build it into something great. With all of the time he'd spent on the Five Crowns and the PLEX scheme, aiva was starting to neglect his corporation. 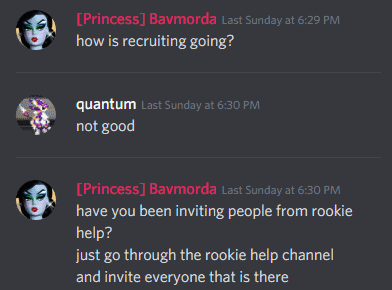 The council urged aiva not to give up on it.