Previously, on MinerBumping... aiva naali and his council worked hard to fix the loss of trust that had developed between them. Slowly but surely, things seemed to return to normal. Before long, it was as though aiva had never been contacted by that treacherous "info broker" who had sought to break up the council. 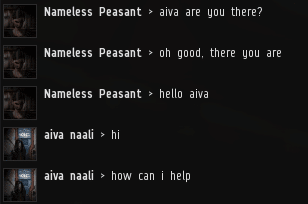 Just when life was regaining a sense of normalcy, aiva was contacted out of the blue by Nameless Peasant. 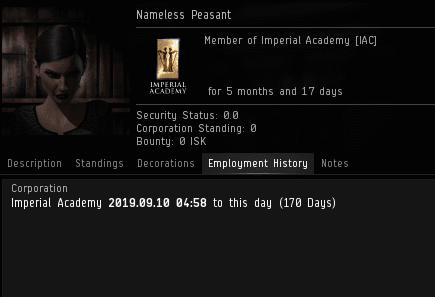 Judging by her details, Nameless was another anonymous informant. Here we go again. 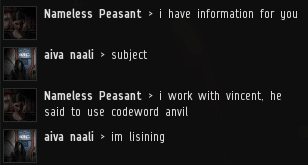 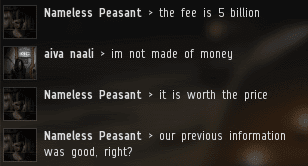 Unfortunately, aiva found himself with a dilemma. This information broker was much more expensive than the previous one--by a factor of ten. On the other hand, Nameless also claimed to be associated with with the other spy. Since the previous informant had biomassed, there was no way to check her story. 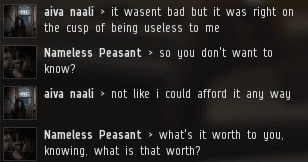 As it happened, aiva didn't need to decide whether or not to trust Nameless. The simple fact was that aiva was broke. All of aiva's spare isk had been funneled to the Imperium, which was in the process of trying to rebuild its shattered supercap fleet. 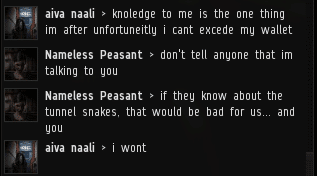 aiva couldn't deny that he was curious about Nameless' intel--deadly curious. He listened closely to the spy, trying to pick up what little pieces of information he could put together from Nameless' stray remarks. 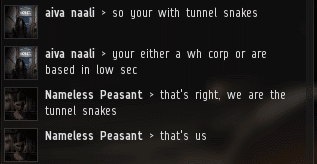 Putting two and two together, aiva was able to deduce that Nameless was involved with the Tunnel Snakes. 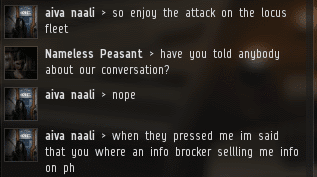 aiva promised to keep his council in the dark about the convo. And if they asked about it, he would make up a convincing cover story. 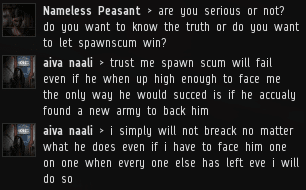 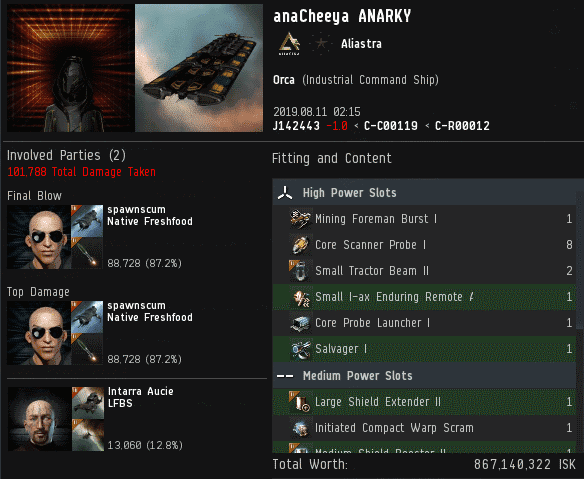 Months earlier, before anaCheeya ANARKY was biomassed and reborn as aiva naali, spawnscum had killed his Orca. aiva never forgot that. 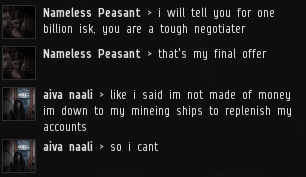 Now it appeared that spawnscum was somehow mixed up in all of this. Nameless' secrets might be the only way to bring down spawnscum once and for all. And with the price of the intel being lowered to 1 billion isk, the temptation to accept the deal was almost irresistible.

In spite of everything, aiva was unable to produce the isk. His wallet must truly have been empty. 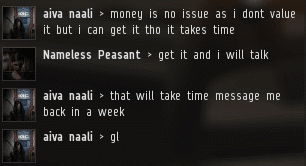 The two agreed to meet again. There was no telling what would happen if aiva gained access to Nameless' secrets.