Did you know that people still use the official EVE forums? Despite the moderators' best/worst efforts, of course. 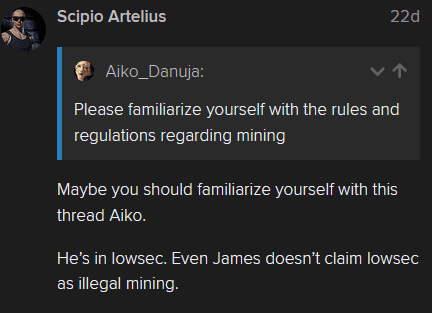 In fact, much of the conversation on EVE-O revolves around the New Order and its Code. We're the big thing going on in EVE today, after all. 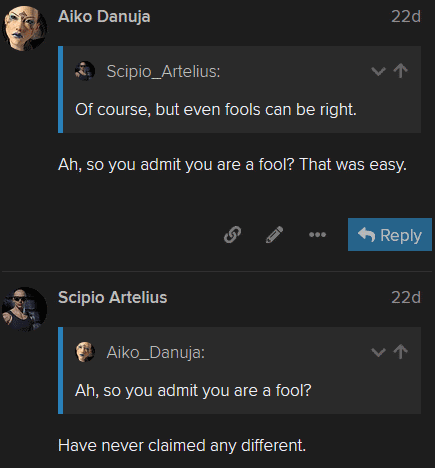 Some might say that discussions on EVE-O are merely idle, unprofitable chatter.

...Not necessarily, though. They can often spark good ideas: 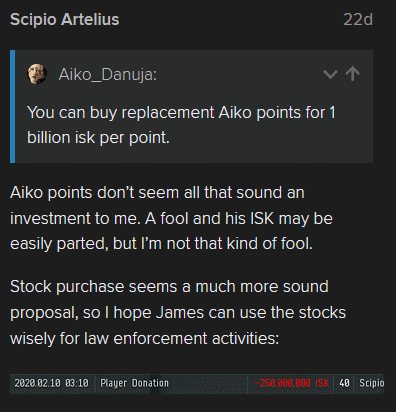 Last month, Agent Aiko Danuja inspired someone to buy New Order shares. This month, she made a purchase of her own. With an investment of 1,000 shares--plus 3,519 more shares after tripling her reimbursement isk--Aiko added a total of 4,519 shares to her holdings. Fancy financial footwork! Aiko sent us past the 2,022, 2,023, 2,024, 2,025 and 2,026 billion isk marks. More importantly, though, is the Quintuple Supreme Protector's Tip of the Hat™. One can never have too many of those.

Agent Zaenis Desef is, it's fair to say, known for being a force for good in EVE Online. Even among the mighty CODE. alliance's enemies, Agent Zaenis is viewed with respect. Only the most extreme carebears--those occupying the most detestable fringes of bot-aspirancy--have a bad word to say about him.

Which is why Zaenis was the ideal person to assemble to his most recent project, "The Voice of the Bot-Aspirants." 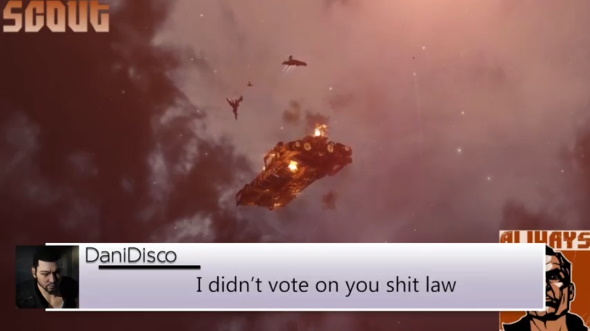 YouTube: The Voice of the Bot-Aspirants
This video is an experience. I needn't say anything. Watch it.

As always, you can view our Agents' videos, artwork, etc. on our magnificent Links page.
Posted by MinerBumping at 18:07