Going at Their Own Pace

Not all carebears are created equal. They are only equal in their responsibility to obey the Code. Because some EVE players are better than others, carebears take varying amounts of time to become Code-compliant. The best players buy a permit immediately, and they lose no ships. The worst players lose many ships before they learn their lesson, and may even need to buy multiple permits along the way. 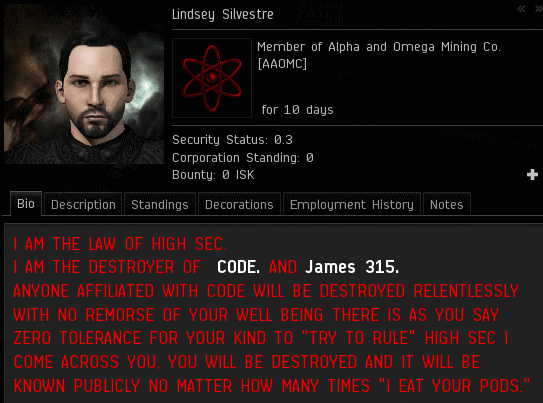 Take Lindsey Silvestre, for instance. What do your instincts tell you about this fellow? You probably assume he'll take a long time to learn to buy a permit, and that he will suffer many things before his happy day finally arrives.

Lindsey was highlighted in a recent Kills of the Week post. The circumstances leading up to that kill tend to reinforce one's initial impressions about Lindsey. 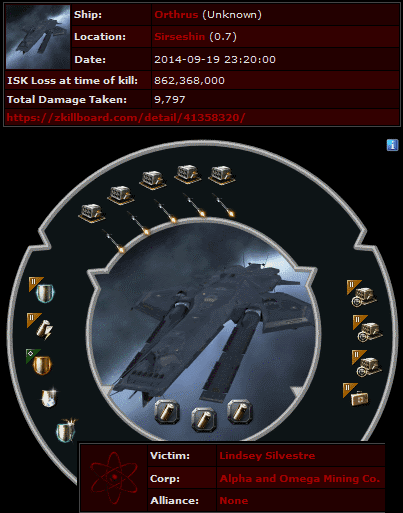 Lindsey was attempting to "guard" an ice anomaly in Sirseshin. He soon lost his 862 million isk Orthrus to Agents Rick Therapist, Brutal Anna, and Carebears' Nightmare. Lindsey was outraged.

The matter was directed to Agent Rabe Raptor, an official diplomat of the New Order. Every gank recipient is given the chance to learn more about why they were killed.

Unfortunately, Lindsey was still thinking like a bot-aspirant. He only cared about money.

To help broaden Lindsey's horizons, Rabe established a rapport with the rebel and tried to get him to open up.

In approximately 99% of cases where players become anti-Order rebels, it's due to some kind of misunderstanding about the New Order and what we do. 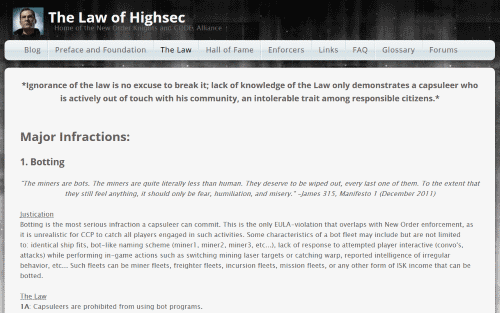 Rabe isn't only a diplomat; he's a scholar of the Code. His website, LawofHighsec, contains abundant information about the Code. Rabe's commentaries illustrate an important lesson: Code compliance begins when a carebear reads the Code--it doesn't end there. The more a highsec dweller reads about the Code, the better. They should study and examine it daily.

The next day, Lindsey woke up on the right side of the bed. He was ready to turn over a new leaf. 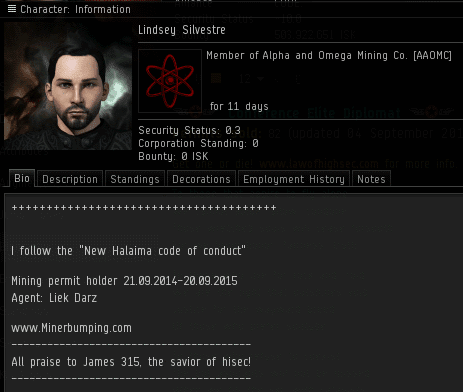 The first moral of today's story: No rebel, no matter how violent and profane, is beyond the reach of the Code. 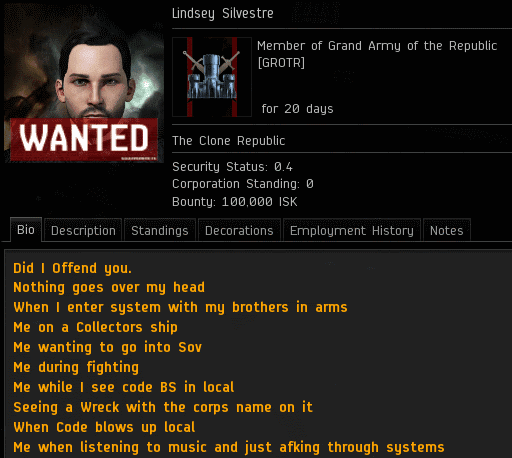 The second moral of today's story: Always trust your instincts.

Days after buying a permit, Lindsey fell in with a bad crowd. He joined rebel leader JTClone Ares' alliance, The Clone Republic. Lindsey was persuaded to renounce his permit and copy anti-Order material from JTClone's bio instead.

Judging by The Clone Republic's Alliance Killboard, membership in their organization probably isn't worth giving up a 10 million isk permit. They struggle to maintain a 1% killboard efficiency. Regardless, Lindsey will need to buy another permit.

The good news? Since Lindsey has already purchased a permit in the past, it's incredibly likely he'll buy another in the future. Some say it's "harassment" to offer someone a permit after they've already refused. I have another word for it: grace. A good miner will only need to be asked once. We aren't here only to save the good miners, though. The New Order intends to save every man, woman, and child in highsec. Some need extra help. We're ready, willing, and able to give it to them.
Posted by MinerBumping at 17:48