The New Order is constructive, not destructive. This is true even when we gank people. You see, highsec is like a block of marble. A sculpture is already there, within the block. Our gankers merely chip away the extra pieces. And when they're done, what is left of highsec is a beautiful sculpture of my face. Let's look at some of the extra pieces who were chipped away during the week of September 14th @ 00:00 EVEtime through September 20th @ 23:59 EVEtime. 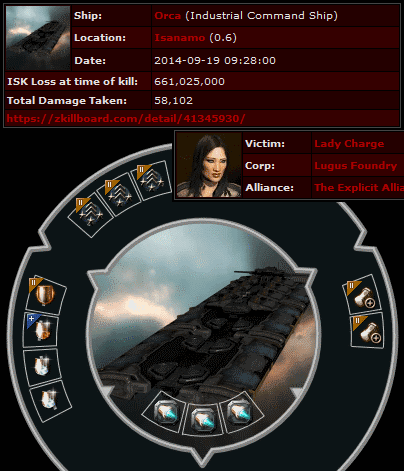 Lady Charge lost her anti-tanked Orca, which lacked a mining permit. What's special about this gank is that the Orca was killed by just five gankers, Agents loyalanon, unknown boat, PERUNGA, Mildron Klinker, and Sophia Soprano. The New Order is growing in numbers and in efficiency. 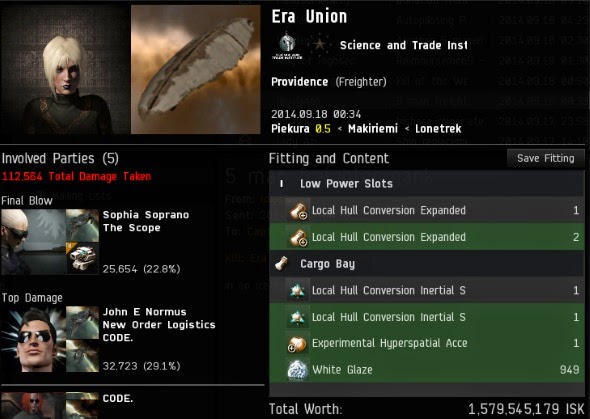 Not impressed yet? Try this on for size: Five gankers were enough to kill Era Union's freighter! He was found in an ice anomaly, scooping the ice like a billion isk container. Agents John E Normus, PERUNGA, Sophia Soprano, loyalanon, and Ginger Spook put a stop to that nonsense right away. Another freighter was killed by five gankers while it was being used as a billion isk ore container. 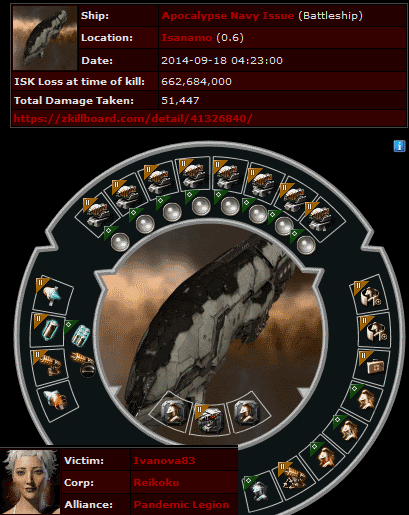 Ivanova83 considered herself a member of an elite PvP alliance, Pandemic Legion. To prove it, she built a 660 million isk faction battleship and went AFK. Agents PERUNGA, loyalanon, Mildron Klinker, Sophia Soprano, and Zombiepilot showed her what real elite PvP is all about. Looking at this kill reminds me that Reikoku corp is a member of PL. I can't deal with irony like that. Won't do it. 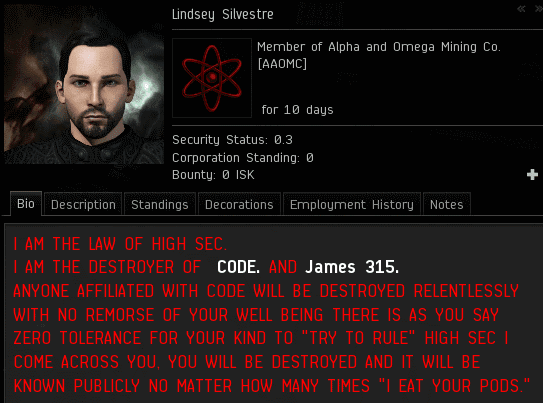 A man named "Lindsey"? Fine. But one look at that bio and you knew he was doomed. Some friendly Agents of the New Order entered the Sirseshin system and were greeted by the welcome wagon:

Our Agents knew it was time to get down to business. 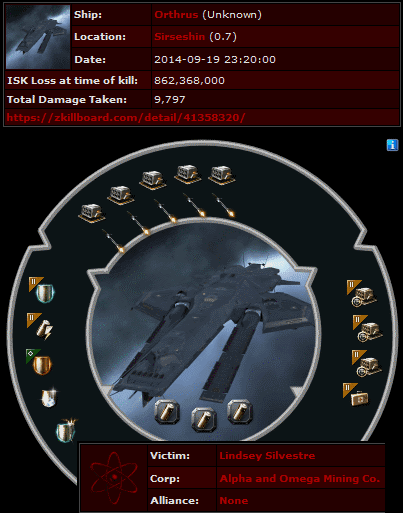 Lindsey Silvestre lost his 860 million isk faction cruiser (or whatever an "Orthrus" is) without putting up much of a fight. Agents Rick Therapist, Brutal Anna, and Carebears' Nightmare said "hi" with a trio of Catalysts. 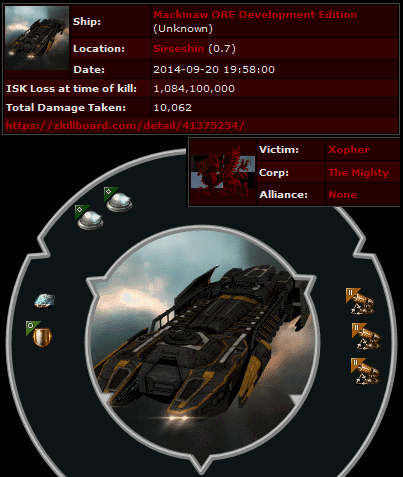 With the rebels out of the way, the path was clear for the Code to be enforced in Sirseshin. Xopher's billion isk Mackinaw ORE Development Edition made itself an obvious target. Agents Brutal Anna, Rick Therapist, and Carebears' Nightmare did their job and helped themselves to half a billion isk in loot. 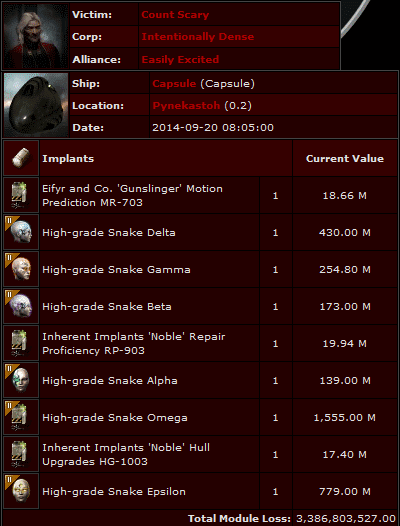 Highsec PvP doesn't come easy. To stay sharp, sometimes our Agents hone their skills by practicing in lowsec. Count Scary lost an Orthrus of his own, and his 3.3 billion isk pod was tackled. Agents loyalanon, 412nv Yaken, PERUNGA, and unknown boat all got to share in this special killmail. 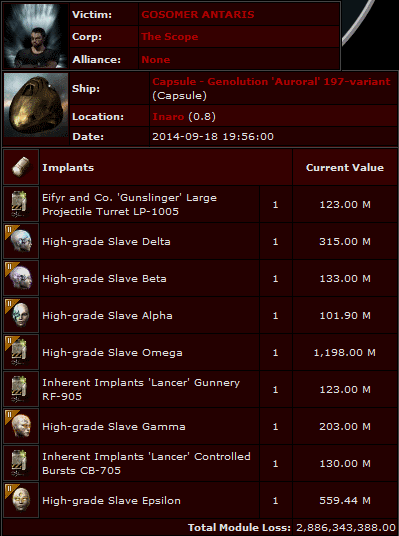 Highsec didn't produce a pod of that value this week, but GOSOMER ANTARIS did his best. His 2.8 billion isk Capsule was popped by Agent Dirty Deeds2.

Chip, chip, chip. You're one week closer to glory, highsec.
Posted by MinerBumping at 20:59