Agent Kalorned is widely acclaimed for the successful reforms he enacted in the Gamis system. He knew they would work, because they were based on the Code, which works everywhere it's tried. 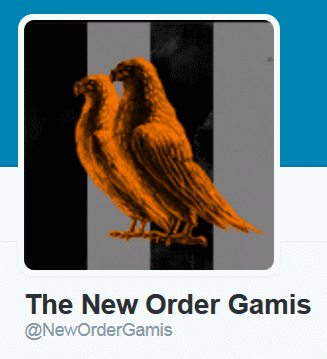 Perhaps Kalorned's most innovative policy: Increased transparency and communication. You can always learn what's happening in Gamis and the surrounding systems. Simply follow @NewOrderGamis on Twitter. It's that simple! 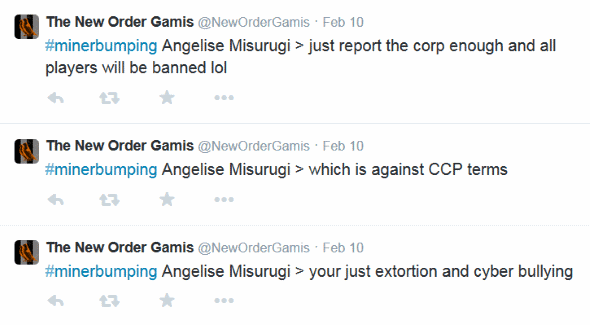 Kalorned's Twitter feed gives voice to miners who might otherwise get lost in the shuffle. Their petitions to CCP may come to nothing, but the highsec community can pass judgment, too. Instant feedback. 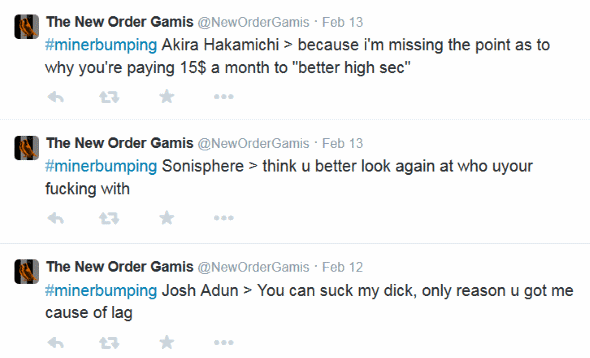 A diverse cross-section of the Gamis mining community has taken advantage of their ability to have their tears quoted on the Twitter feed. Now you can read Gamis local on your mobile device or tablet! 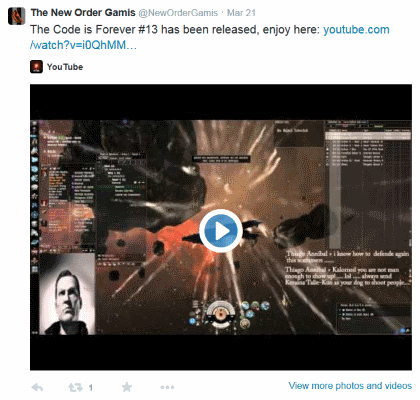 In addition, you can be the first to hear about the latest in New Order media. Did you know Kalorned has released The Code is Forever #13? Well, you would've known about it on March 21st. 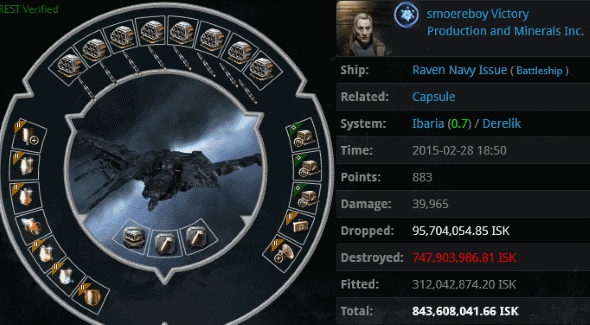 Permabanned from EVE? You can still play Miner Bingo by proxy. As seen here, lots of miners still hold to the myth about Agents needing to warn them before they get ganked. Miner, those blinking red squares on your overview are the warning.

Yet another myth: Bumping and ganking violate the EULA.

There are so many highsec myths that we barely have enough time to debunk them all. But we do. 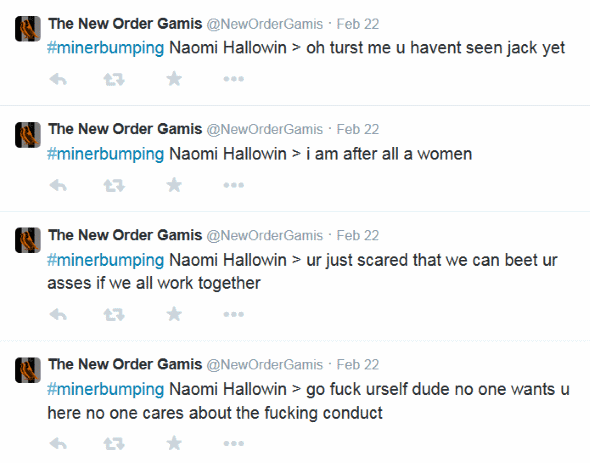 Another advantage of the NewOrderGamis feed is that it highlights players who need extra help following the Code. Naomi Hallowin needs special attention, sure. It gets worse, though. 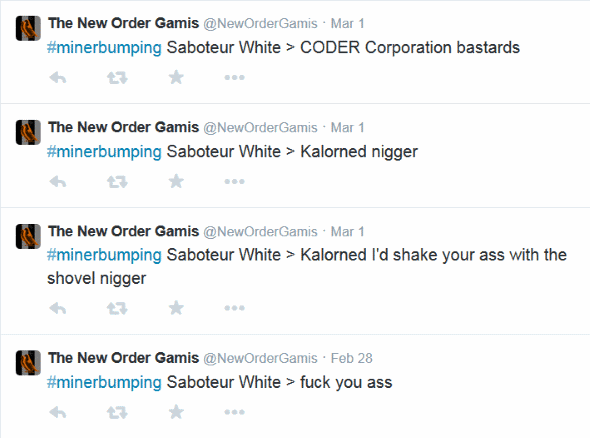 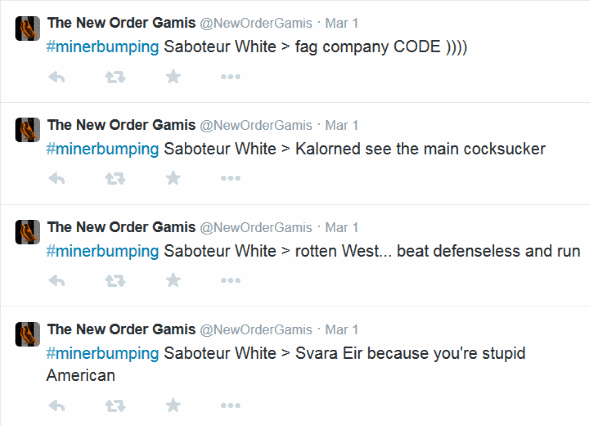 Almost there. Just need someone a little crazier. 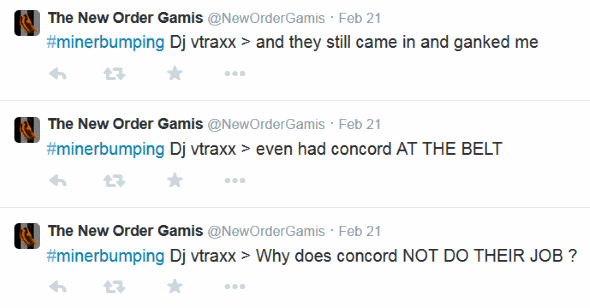 Dj vtraxx is ignorant about game mechanics, but there's nothing new here. Maybe it's time to move along... 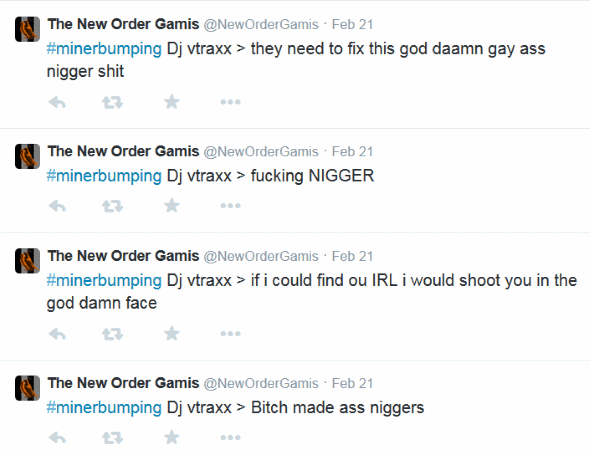 Oh, there it is. One Dj vtraxx is worth a dozen wardecs. He's a member of Opprimo Vox alliance, just in case you were curious. 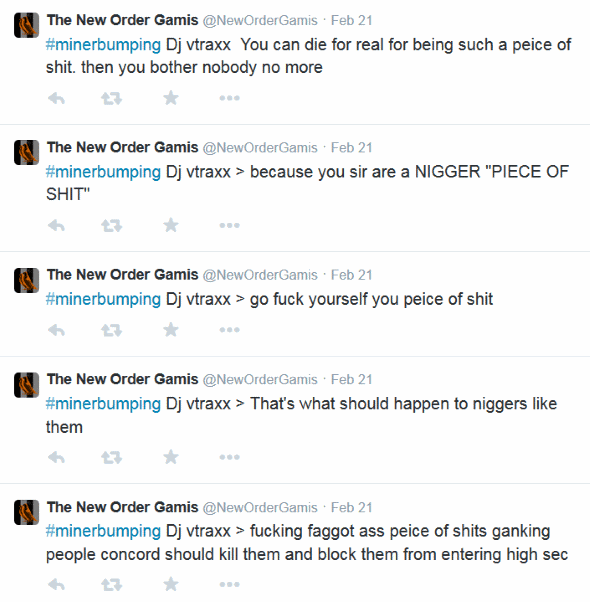 Well, that's enough Gamis for today. The system and its miners are still a work in progress. Don't worry--the New Order is on the case!
Posted by MinerBumping at 18:24