EVE Online is a sandbox game. Specifically, it's a competitive PvP sandbox game. Like all sandboxes, there are boundaries: The game mechanics, the EULA, the Code, etc. But the game is largely defined by the people who choose to play it. In other words, we make the rules. As such, the way to "learn" the rules of EVE is by engaging with other players. Consider these kills from the week of February 22nd @ 00:00 EVEtime through February 28th @ 23:59 EVEtime. Each kill is the manifestation of one player teaching a lesson to another player about how EVE is meant to be played. 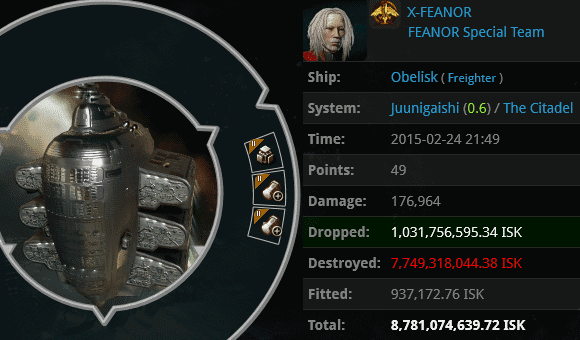 And ol' X-FEANOR is still up to his old tricks--or maybe even worse tricks. One never knows how long it will take a carebear to learn his lesson, but one thing is certain: X-FEANOR is always good for a nice, expensive killmail. If you're looking for someone to put on your watchlist, this carebear comes highly recommended. 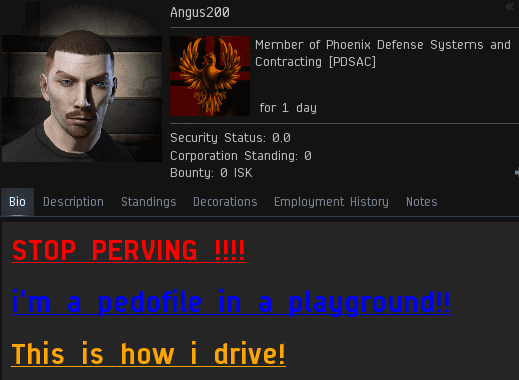 According to Angus200's bio, he is a "pedofile in a playground". Maybe that's just a joke, and I have no problem with people putting a joke or two in their bio. But what's interesting about Angus200's bio is that he gives all this space to jokes, but won't spare a line or two to praise me, link the Code, or something else that's positive. You really have to wonder about the motivations of a player like that. Is he in it for the community, or only for himself? 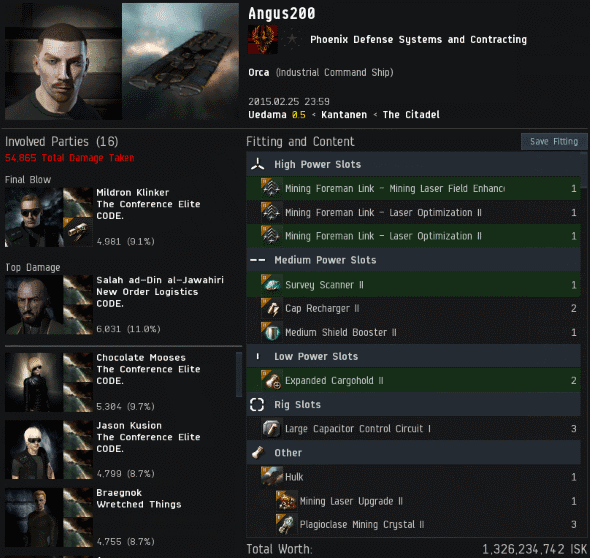 What do you know--another pilot in highsec was sporting an offensive bio this week! Nyar DarkFire's bio contained statements at least as provocative as calling one's self a pedophile. He was doomed before he left the station. 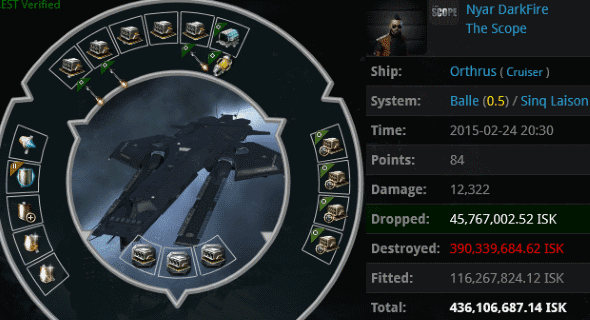 Nyar's Orthrus was worth 430 million isk, a tidy sum for a self-described new player. Agent Piz Caldera kept a close eye on this individual. When the time was right, he struck. Remember, miners: You can mine wherever you want in lowsec, but if you choose to mine in highsec, it's on my terms. 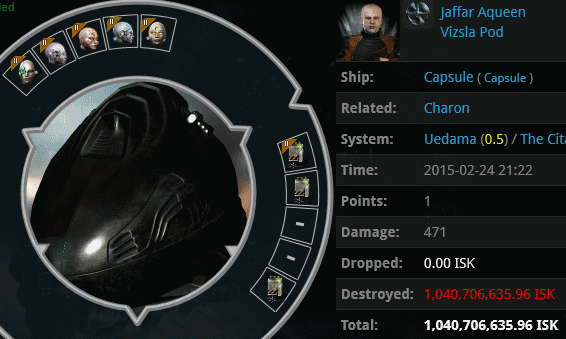 Now let's have a look at some pods. Jaffar Aqueen had a billion isk of implants hidden in his pod, which was spat out by his dead freighter. Agent Aaaarrgg snapped up the pod. There were many more expensive pods killed this week. Why was this one special?

Because it was Aaaarrgg's 5,000th podkill. No typo; he's killed five thousand of them. Consider how easy it is to escape with a pod in highsec (spam "warp"). That should tell you how much bot-aspirancy is out there. 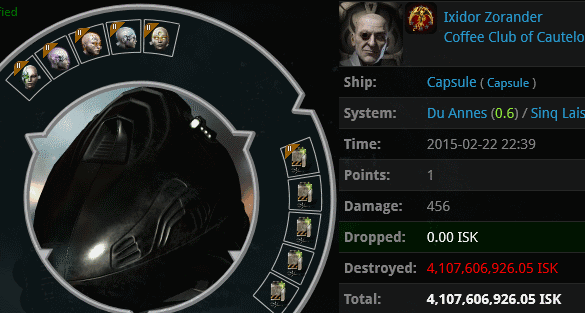 Ixidor Zorander lost 4.1 billion isk worth of implants when Agent Haleuth caught him on a stargate. It's an impressive killmail. Still, it's the most common way an expensive pod is located and destroyed. Which brings us to this... 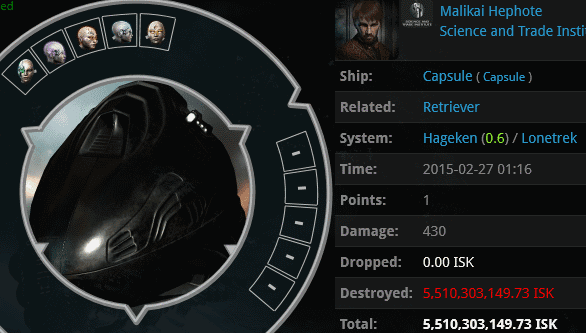 Malikai Hephote lost a staggering 5.5 billion isk pod to Agent Reginald Poppycock. Malikai was AFK at the time. But to understand the depths of Malikai's bot-aspirancy, we must look at the ship he was holding the pod within. Was it a shuttle? An orca? An anti-tanked freighter? 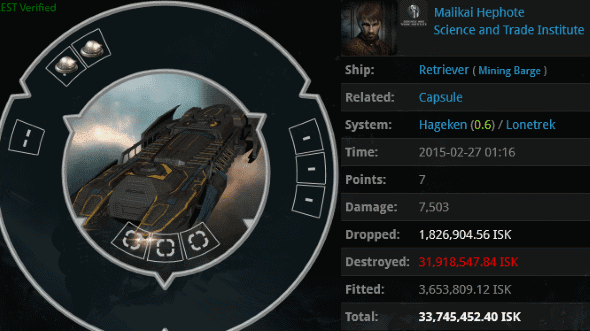 No. It was this. He needed 5.5 billion isk in implants to pilot this Retriever. There are no words.

The next time some libertine carebear goes on a rant about the "sandbox", point him to kills like these. There is a right way and a wrong way to play EVE. Would you like to know more? Download your own copy of the Code for free today.
Posted by MinerBumping at 23:18