Today, a lesson in unintended consequences:

For those of you who haven't been following this, an anonymous carebear in the comments section of various MinerBumping posts challenged Agent Ming Tso's commitment to the Code. The anonymous carebear thought he'd scored some points, but actually he'd fallen right into Ming's trap. Ming Tso purchased 11,000 shares of New Order stock, sending us over the 550, 551, 552, 553, 554, 555, 556, 557, 558, 559, and 560 billion isk marks. Ming also earned the very first Undecuple Supreme Protector's Tip of the Hat™ ever awarded.

That extra 11 billion isk is now available to reimburse our Agents' ganking ships. The anonymous commenter's mistake will result in the deaths of hundreds of billions of isk worth of carebears. A heavy price for such a thoughtless mistake.

Next on the agenda, some tears sent to Agent Snigie Audanie: 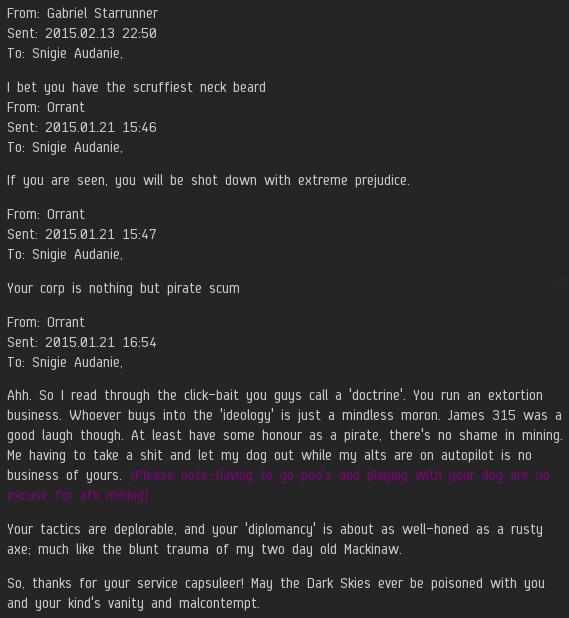 I must admit, I've never heard the Code referred to as "click-bait" before, but I guess it is. 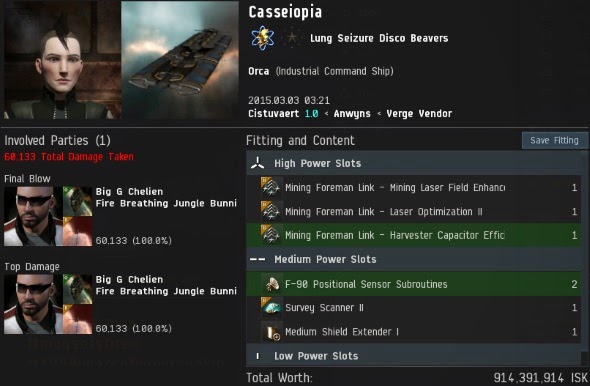 Snigie was antagonized by members of Lung Seizure Disco Beavers corp. In addition to Snigie's ganks, reinforcements were called in from various New Order wardec groups. 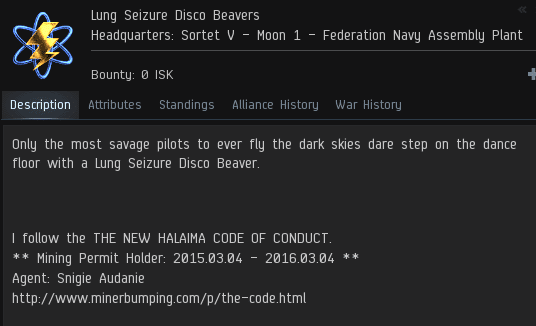 Compliance is the destiny of all who would oppose the New Order of Highsec. Snigie Audanie celebrated his victory by purchasing 515 shares and sending us over the 561 billion isk mark. Snigie earned a Supreme Protector's Tip of the Hat™ and the respect of all the Beavers. 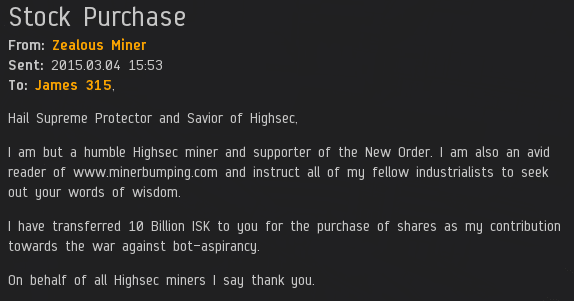 Jahyson Malone is a name you should all learn. He's a rising star in the highsec art world, and you can see why: 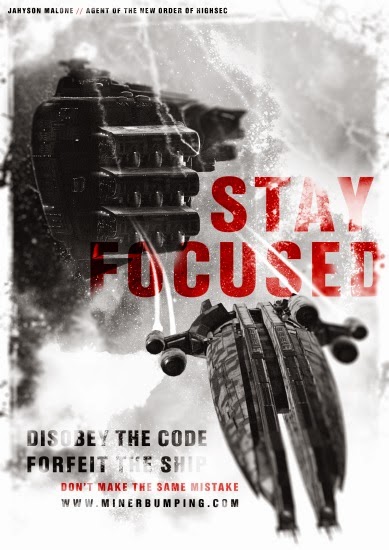 This guy gets it. Everyone in highsec should follow the Code. Of course! It's so simple!

Permanent links to all New Order artwork may be found on the Links page.
Posted by MinerBumping at 19:13