Part of Our World, Part 1

Our Agents aren't just warriors--they're scholars, too. Warrior scholars, if you will. They're constantly learning, growing, and evolving. 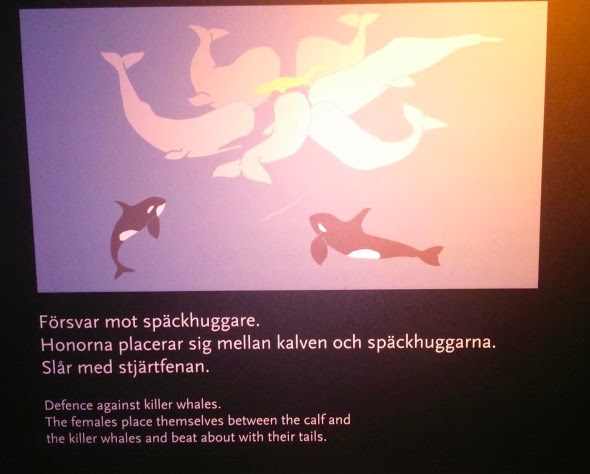 To gain insight into the condition of the highsec miner, Agent Salah ad-Din al-Jawahiri went to Sweden to study the behavior of real-life Orcas and other sea mammals. It paid off, big time. 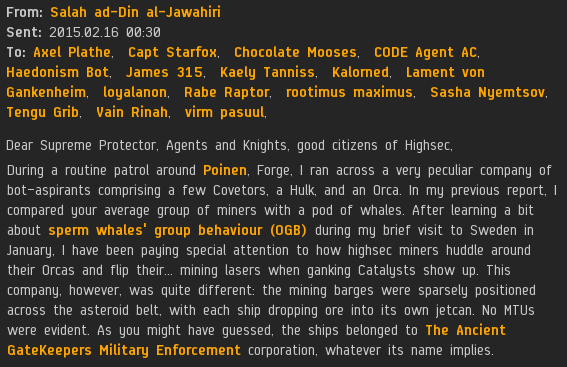 When he returned to EVE, Salah encountered a group of miners from The Ancient GateKeepers Military Enforcement corp. They were spread out across an asteroid belt, using jetcans instead of their corp's Orca. By contrasting this behavior with that of real-life whales, Salah was instantly able to determine that they were bad miners.

Agent Salah made contact with the Ancient GateKeepers by ganking one of their fail-fit mining ships. 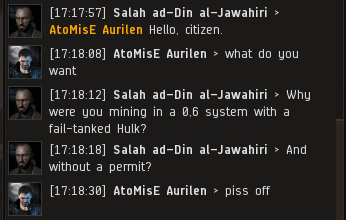 After his brief appointment with the ganked miner, Salah was able to make a tentative diagnosis of bot-aspirancy. He strongly suspected that bot-aspirancy had infected others in the group, too.

The diagnosis was confirmed when Salah returned to the asteroid belt. The rest of the Ancient GateKeepers' mining fleet were still chewing away at the ore, completely oblivious to the recent gank of their Hulk pilot. Still, Salah wanted to be absolutely certain, so he ganked and podded another of their miners. 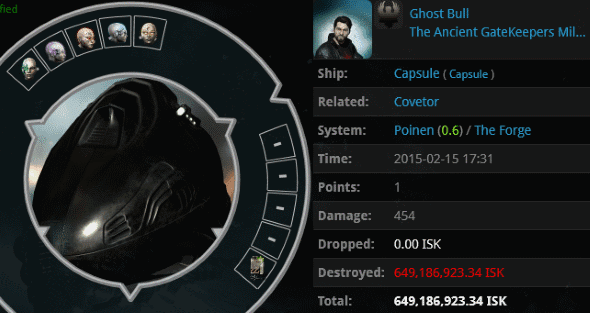 Salah invited the newly ganked Ghost Bull into a convo. Before chatting with the miner, Salah took a quick break to review his killmails. Ghost Bull lost a Covetor and a pod worth 650 million isk.

As Salah reviewed the killmails, Ghost Bull waited patiently in the lobby.

Carebears can be strange creatures. Ghost Bull declared himself exempt from the Code. He belonged to another world. Yet he was mining in ours. 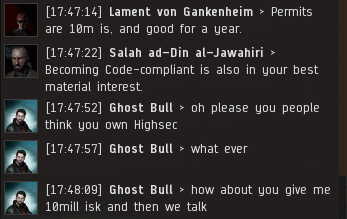 The emergent content recipient refused to see reason. For his roughly 750 million isk loss, he demanded to be reimbursed 10 million isk. He probably wanted to cheat his way into permit ownership. 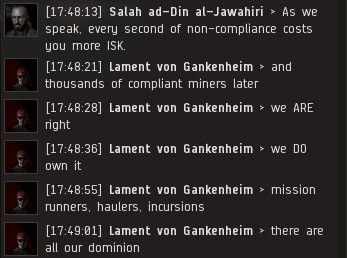 When Ghost Bull quieted down, it was time for another stirring speech from Agent Lament von Gankenheim.

After the thrilling peroration of Lament's speech, Ghost Bull issued a challenge: Find me! Ghost Bull himself had lost own mining ship, but his alt's Covetor was still at large. Would our Agents be able to find him before it was too late? 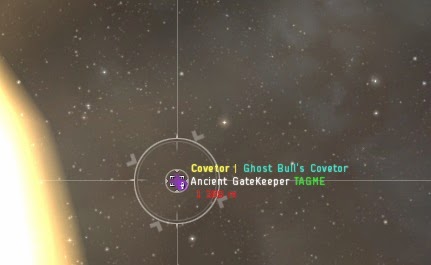 Of course. The CODE always wins--especially when carebears try to hide at a system's star. Salah landed right on top of the Covetor, which was sitting peacefully next to Salah's scout. Would the Ancient GateKeepers finally wake up and smell the Code?