The carebears suffered an extraordinary--perhaps unprecedented--defeat this last week. Something very precious of theirs was killed, and died. I won't say what it was quite yet. Some of you already know what I'm referring to, but I'll keep the rest in suspense for the moment. Until then, let's put aside any impatience or curiosity we might be feeling about that, and simply enjoy some kills from the week of March 15th @ 00:00 EVEtime through March 21st @ 23:59 EVEtime. 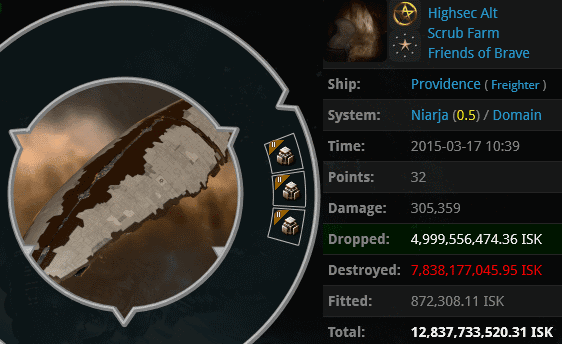 Sometimes a carebear can get into trouble by being a little too cute. So it was for the freighter pilot named Highsec Alt. Sigh. Highsec Alt belonged to the Friends of Brave alliance. I don't have a problem with Brave Newbies, but it occurs to me that if you're going to spend your time in highsec, you might want to try being a Friend of CODE instead. 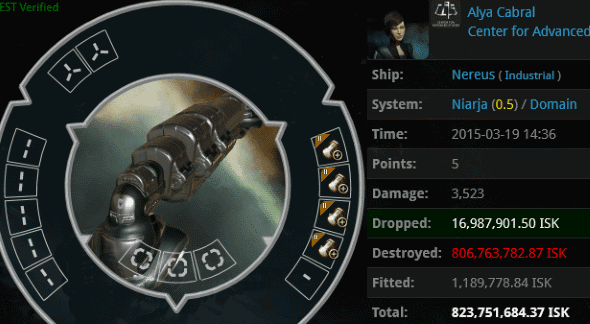 Alya Cabral had her heart set on an anti-tank fit, but she got bored partway through and ended up with a half anti-tank, half unfit industrial. Agent HotShotX Warcastle, on the other hand, was 100% Code-fit. He blapped the industrial in no time flat. So what did Alya need all those cargo expanders for, anyway?

You always need plenty of extra space to carry around PLEX, if the carebears are to be believed. Interestingly, the PLEX was wedged between Antimatter charges and an Antimatter blueprint. 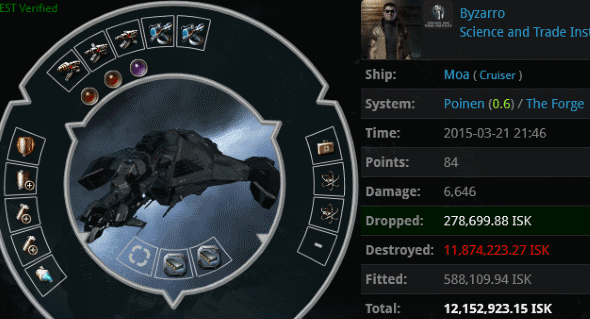 Some little kills are so bizarre that they manage to worm their way into a Kills of the Week post. Meet Byzarro, the proud owner of a laser salvager capacitor Moa. No more. Agent Super Perforator saw Byzarro go suspect and legally killed him. I'm not sure CONCORD would've punished that kill anyway. 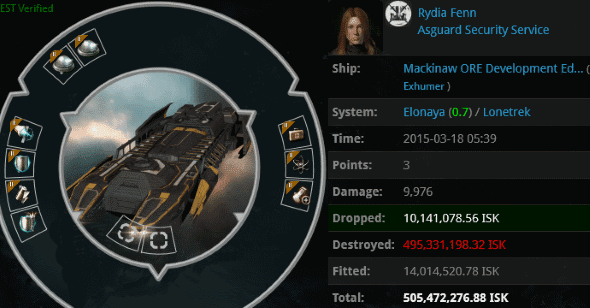 Rydia Fenn had some crazy ideas about lowslot modules that she wanted to test. The result: Failure. Agents Lament von Gankenheim, Masao Kurata, and Nicolas Dupre put Rydia's limited-edition Mackinaw through its paces and discovered a number of flaws. Half a billion isk later, they recommended a sturdy tank and a mining permit. 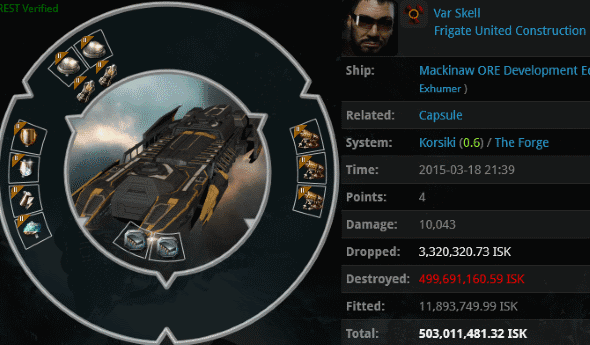 Rydia wasn't the only one running around with one of those special edition Macks. Var Skell had one, too. Like Rydia, he failed to tank it. Things only got worse from there. Agents Liek DarZ and Plasma Death discovered something terrible lurking inside the exhumer... 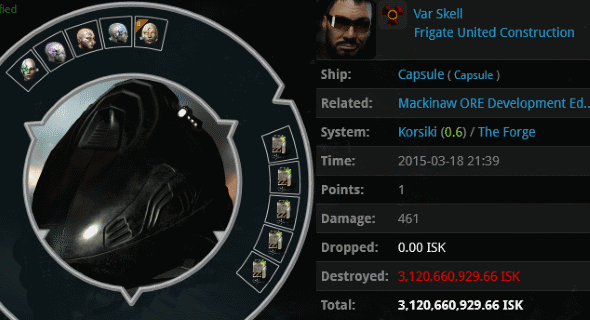 ...Var Skell's decadent pod! Agent Liek DarZ destroyed 3.1 billion isk of implants, including two that our Agent was particularly relieved to see in the wreckage: 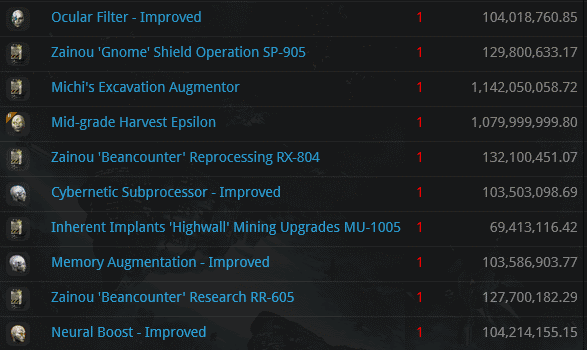 The Michi's Excavation Augmentor and the Mid-grade Harvest Epsilon are worth a billion each. They're also per se violations of the Code, due the to bot-aspirancy necessarily involved in fitting them.

Var Skell wasn't done yet, though. Notorious rebel leader Held der Finsternis reported on his HeroesOfHighsec blog that Var Skell is quitting EVE as a result of these losses. He sent the following message to Held:


"I'm leaving EVE. The changes over the last years have proven unacceptable. I will donate the few ISK I have to your cause, set up a 1 ISK contract so you can have all my limited assets (they will be in Korsiki) and then delete my retarded little character."

I found his comment about "the changes over the last years" interesting. What changes? The last few years have seen CCP massively nerf ganking and aggression in order to make highsec--particularly highsec mining--safer. I can only assume, therefore, that the change he's referring to is the introduction of the New Halaima Code of Conduct. The New Order should be proud--we're delivering on our promise to bring change to highsec.
Posted by MinerBumping at 20:09