The New Order is blazing a trail across highsec. EVE's most populated area is now becoming increasingly focused on the Code. As a result, the highsec community is moving forward by leaps and bounds. Don't fall behind! You don't want to end up like the carebears featured in these kills from the week of March 8th @ 00:00 EVEtime through March 14th @ 23:59 EVEtime...

In hindsight, I think we can probably all agree that it wasn't a good idea for Demon Lom to stuff over 800 million isk worth of ore into an un-fit industrial ship. With the aid of the Code, Demon wouldn't have needed hindsight to tell him that. When Agent HotShotX Warcastle isn't defending wayward miners in court, he's contributing to the community in other ways. In this instance, he put Demon Lom's Miasmos to death. 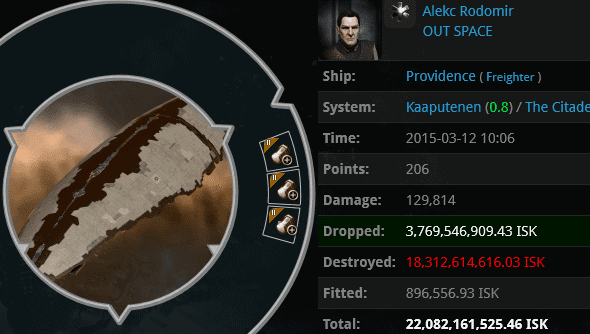 The only thing worse than an un-fit ship is an anti-tanked ship. Alekc Rodomir saw little use in worrying about hitpoints when he had so much stuff to move. What kind of stuff, you ask? In a word, everything. This kill amounted to 22 billion isk. Alekc spared no expense--except for the 10 million isk permit he needed. And boy, did he need it. 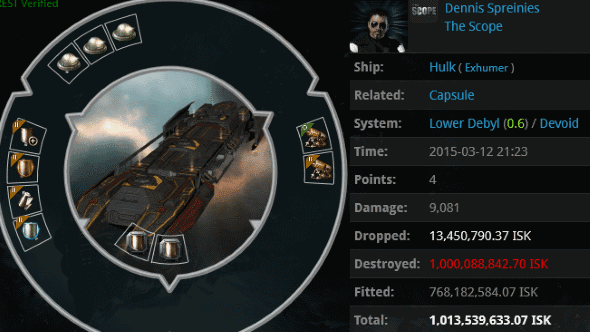 Did no one tell Dennis Spreinies that Hulks are out of fashion these days? Agents John E Normus and Capt Starfox had to remind him. The Hulk was fail-fit and included an expensive mining laser upgrade. One billion isk later, the Skiff option was probably looking a lot better. 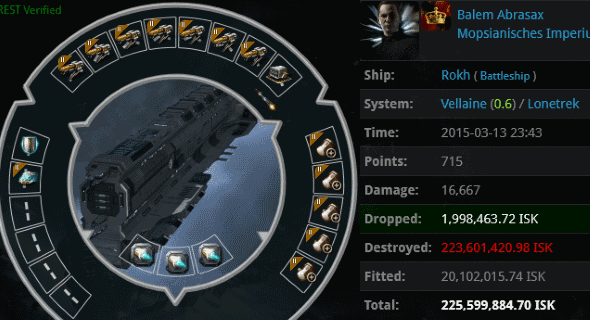 Balem Abrasax made Hulk pilots look smart when he fit out an anti-tanked mining battleship. By now, everyone should know there's a rule against mining battleships in highsec, right? Agents Booster Mirax Terrik, Lady Ati, hellyeaz, allen allen, and Willbee Killed were more than happy to take care of the problem. 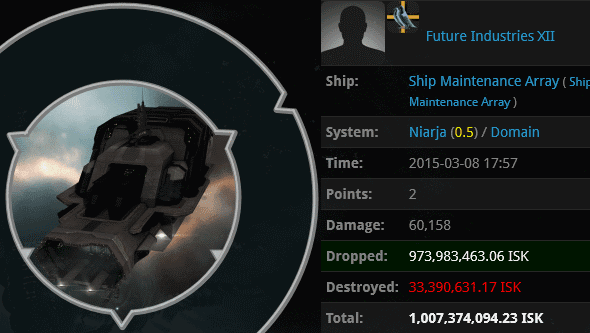 Hyperdunking pioneer Globby has left for nullsec, but the carebears of highsec still feel the sting of his legacy. Future Industries XII corp left some assets unattended in New Order territory. They didn't tell anyone why they did this. In fact, they didn't even get permission to put assets in highsec in the first place. Big mistake. Agents Aaaarrgg and Pod-Goo RepoWoman grabbed a bunch of spare Catalysts and hyperdunked to their hearts' content. The Future Industries XII corp's most expensive loss was its Ship Maintenance Array, worth a billion isk. It contained an Orca, which may have contained other ships--like some kind of Russian doll of bot-aspirancy. 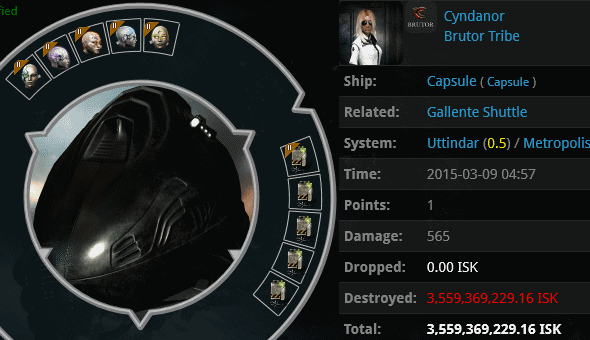 Cyndanor was very proud of her full Slave set, which was accompanied by a bunch of other expensive implants... When she first got them, that is. Presumably she began to take them for granted over time. This assumption is based on the fact that Cyndanor went AFK in a shuttle and autopiloted right through a highsec checkpoint manned by Agent Tisiphone Dira. Tisiphone is an experienced Agent who knows that when a shuttle doesn't slow down when approaching your checkpoint, it's time for you to open fire. Pop! There's three and a half billion isk that Cynador will never see again. Tisiphone's commitment to excellence is something the EVE playerbase can take pride in.
Posted by MinerBumping at 20:38