And so began the dance. 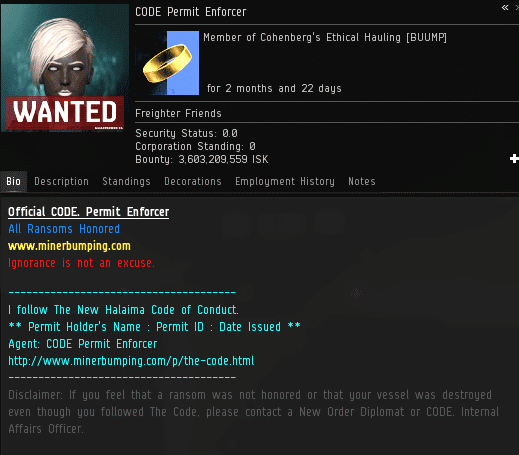 Agent CODE Permit Enforcer's Machariel bump-tackled an unlicensed freighter that dared to show its face in Uedama. Its pilot, Perpetual Void, was given the chance to pay a ransom. But could Perpetual trust this bumper? 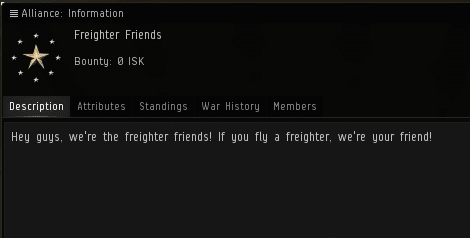 CODE Permit Enforcer belonged to Cohenberg's Ethical Hauling, a member of Freighter Friends alliance. In other words, her credentials checked out. Still, in EVE, one must be very careful about ransoms.

The freighter pilot played hardball. First he claimed he was only carrying loot that couldn't drop. Then he pretended he didn't care whether he was ganked or not.

Every ransom negotiation is a dance. But the thing about our Agents is, they're elite dancers. They win every dance--always!

It soon became clear that Perpetual had no faith in our Agent, much less the "full faith" that is customarily expected of a carebear.

Neither side was willing to give an inch. Yet it was not a true stalemate. After all, the Agent had Perpetual tackled, with a gank fleet aimed at his head.

Faced with imminent destruction, the freighter pilot agreed to discuss the matter in voice chat on a Discord server. Only a very limited recording of that conversation exists, and only Perpetual's voice: 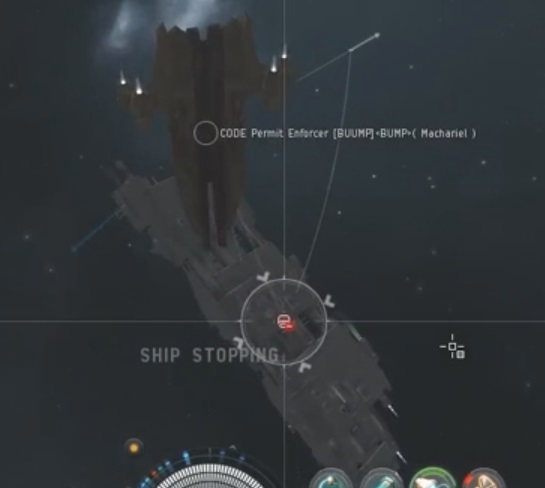 Streamable Video
We can say a few things about what happened next. First, Perpetual paid CODE Permit Enforcer a ransom of 2 billion isk. Second, at some point after making the payment, Perpetual panicked. Instead of waiting to be released, he attempted to escape by logging off.

Perpetual crowed about saving his own freighter. Our Agent instructed the carebear to follow protocol, but he refused.

Perpetual had lost 2 billion isk, but he still felt he'd won. He forgot one thing, though. One very important thing. 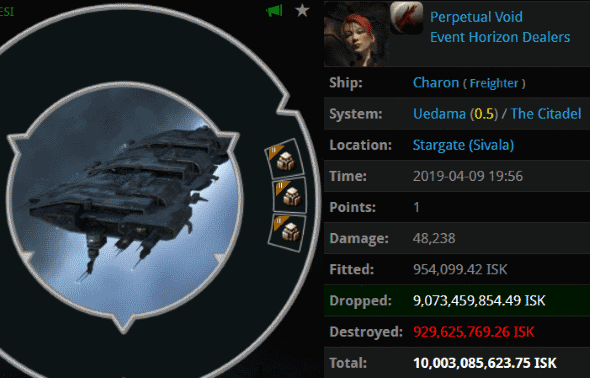 The CODE always wins. Always! Even as our Agent was speaking to Perpetual's alt, members of CODE Administration corp responded to the carebear's treachery by ganking the logged-off freighter.

The carebear was astonished. Obviously he didn't read MinerBumping enough. If he had, he would've known that all good things come to those who obey the Code. Those who disobey only have misery and bitterness to look forward to.

For some reason, Perpetual Void thought that logging off would save his ship, no matter the circumstances. (He's a newbie who only started playing in 2008, after all.)

Perpetual's treachery and bot-aspirancy had cost him everything. Now his assets would be used to help spread the Code.

The carebear's act of cowardice only ensured the destruction of his ship. Some might call that irony, while others would say it's karma. Either way, it was justice.

The lesson here is simple: Have faith in the Agents of the New Order. Trust them. And if you truly trust them, you'll obey the Code and buy a permit before they tackle your freighter in Uedama.
Posted by MinerBumping at 18:03