Slow to Learn, Quick to Anger 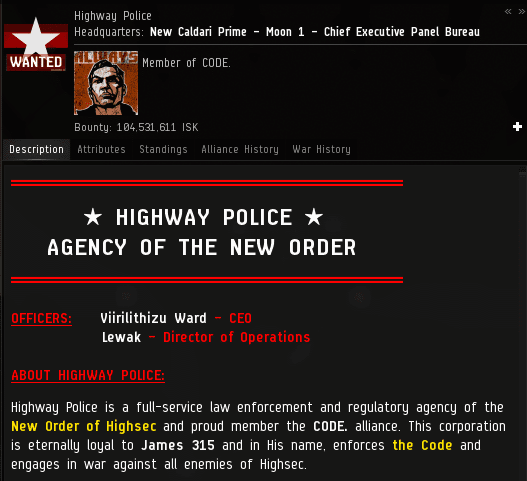 ...Whatcha gonna do when they come for you? 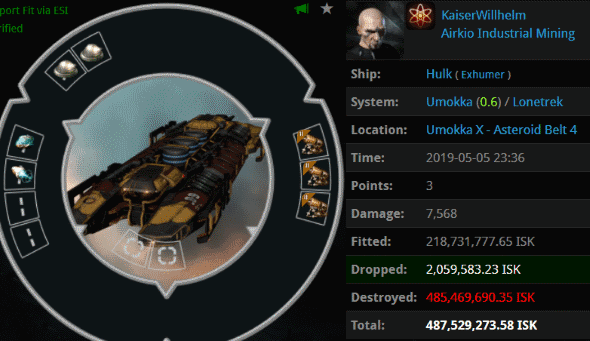 KaiserWillhelm was caught in the act of illegal mining. Now, I know what all you rebels out there are thinking: "Incomplete fit, tech I strip miners... The New Order is bullying another new player. That's a newbro whose subscription CCP is trying to retain."

Yeah, a typical newbie from 2005. In 14 years, he hasn't learned how to fit a ship. (Of course, the best Hulk fit is not to pilot a Hulk in the first place.) 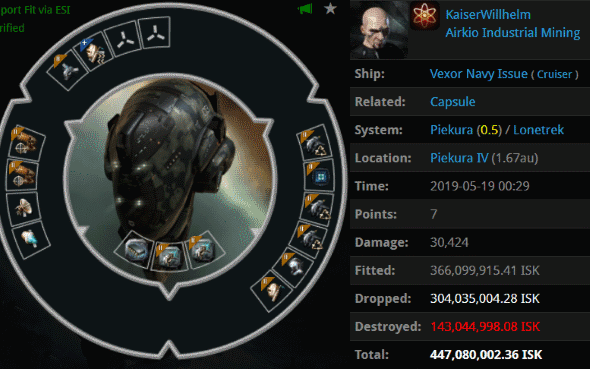 Two weeks later, the Highway Police returned and caught KaiserWillhelm committing another crime. After the gank, his pod wasn't in a hurry to get away, so our Agents deleted his 670 million isk worth of implants, too.

When the miner returned to his keyboard, he was invited to purchase a mining permit. Just our Agents' luck--the guy was in a bad mood.

Most miners are eager to discuss their losses in a private convo. Oddly, this particular miner preferred an approach that required a bit more paperwork. However, miners' preferences are not relevant. Agents of the New Order have the authority to determine the manner in which Code enforcement is to be conducted.

Who would've guessed that a guy named KaiserWillhelm would be so bellicose?

Agent Shadow Cyrilus passed things up the chain. Perhaps KaiserWillhelm would be pleased by the opportunity to speak to the Agent's supervisor.

The miner took an aggressive posture. I'm not sure where he got the 2 billion isk figure, but he seemed to enjoy throwing numbers around.

Agent Viirilithizu Ward had a number of her own: 10 million. Until it was paid, it was the only number that mattered.

The miner sent a reply. He was perplexed--but still unlicensed.

KaiserWillhelm's losses continued to mount--in his mind, anyway. He couldn't imagine himself spending 10 million isk, so he decided to block our Agents instead. A protip to the rebellious miners: Our Agents don't send reimbursement isk to people who block them. Also, if you're going to claim that you never committed a crime, you probably shouldn't be wandering around highsec without a permit.
Posted by MinerBumping at 18:03