Previously, on MinerBumping... Kalorned encountered unexpected resistance when he offered to sell a permit to a miner whose fail-fit Mackinaw and billion isk pod he destroyed. The miner in question, The Roak, had taken too long to respond in local. Timestamps proved this beyond all doubt. But The Roak was more interested in mourning his lost implants than in admitting his guilt.

Agents of the New Order wear almost as many different hats as the Saviour of Highsec does. Kalorned served as The Roak's executioner--and now he was The Roak's therapist. 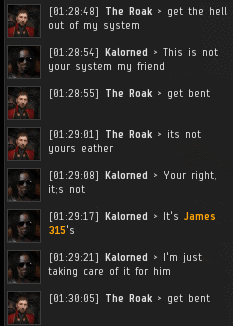 After a brief jurisdictional dispute, The Roak started getting some additional tears out of his system. The tears always rain heaviest before the miner sees the light. 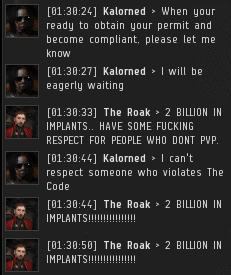 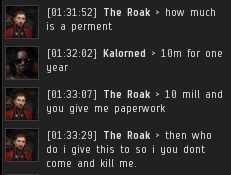 When the tears stopped falling, The Roak was ready to move on. In modern highsec, moving on means buying a permit.

No matter how angry a carebear gets, he's still capable of doing the math. It is always worth it to buy a permit. There is never a reason not to. A miner only needs to set aside his bot-aspirancy for a moment and let the numbers speak for themselves. 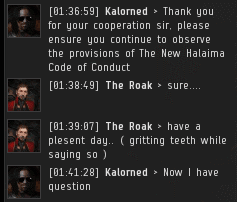 There were still some trouble signs, such as The Roak's unenthusiastic attitude toward Kalorned, the New Order, and the permit. He should've been thrilled to have been invited to participate in emergent gameplay for the first time in 5 years. Nevertheless, he purchased a permit. There were just a few loose ends to tie up. 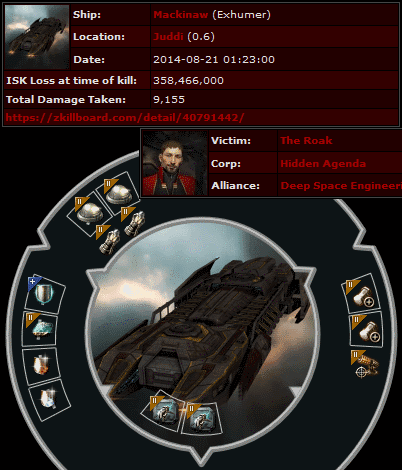 You see, there was still the unresolved question about The Roak's fail-fit Mackinaw. Why did he have a Tracking Enhancer fitted? Was it intended to improve the aim of his Strip Miners? 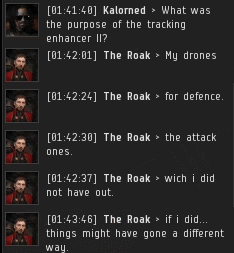 The Roak was very confused. He believed the Tracking Enhancer improved the aim of his combat drones. He also seemed to think that if his drones were out (he was too lazy to launch them), he would have prevailed in the fight against Kalorned's two Catalyst alts. Military historians love to re-fight battles and indulge in their counterfactuals. However, The Roak's theory of how the Battle of Juddi would've unfolded is unlikely, since the CODE always wins. 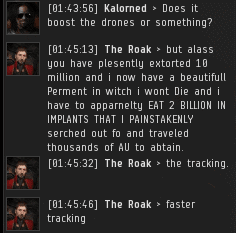 If you want to learn how to fit your ship properly, five years of highsec mining doesn't get you very far. 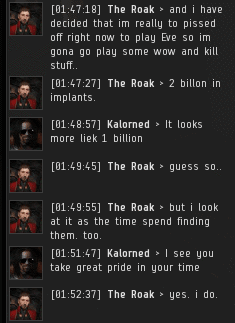 Though he still had the whiff of bot-aspirancy about him, Roak took his first big step toward compliance with a payment of 10 million isk to Kalorned. First steps can be painful, but they're necessary. When you think about it, a carebear is a lot like a screaming baby. It wants to crawl. It sees no point in getting up and making the effort to walk. The baby's parents know better. We of the New Order are the parents and guardians of every carebear in highsec. No matter how rebellious or unruly the carebears may be, we take comfort in the knowledge that one day they'll thank us.
Posted by MinerBumping at 17:45