Carebears insist that industrial corporations in highsec need to be exempt from PvP. "Think of the newbies!", they say. "Wardecs are bullying!", they say. Don't listen to the carebears. Listen to me instead. I tell you that these carebear corps are, in fact, a nightmare for new players. They exploit unsuspecting newbies and inflict upon them the worst gameplay experience possible. Only the New Order can save them.

Agent 290Kickstart was browsing the corp advertisements in the recruitment channel. Our hero was on the lookout for corps who entice and abuse the newbies of highsec. He found such an advertisement, issued by Diderot Holding Incorporated: 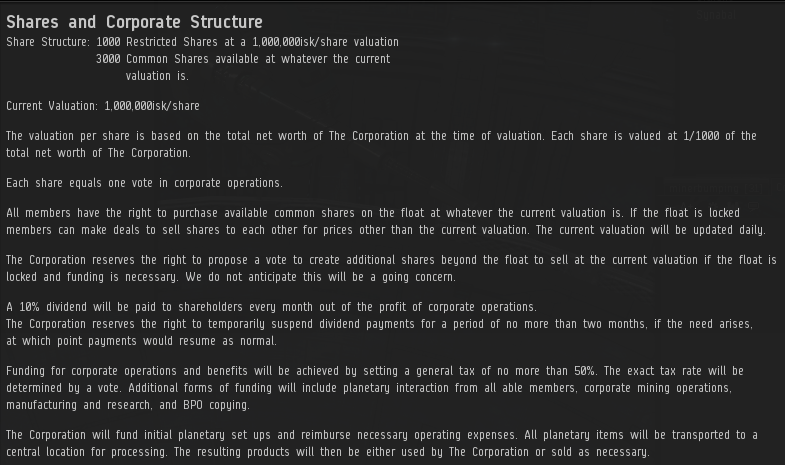 There's a lot of text, but the relevant bit is this:


"Funding for corporate operations and benefits will be achieved by setting a general tax of no more than 50%."

The CEO of Diderot, Dominic Magnus, promised not to raise the corp tax rate above 50%. How thoughtful! We've seen diabolical newbie-traps like this before, created by such rebels as TDD Dominaters and JTClone Ares. Agent 290Kickstart knew he had to act. 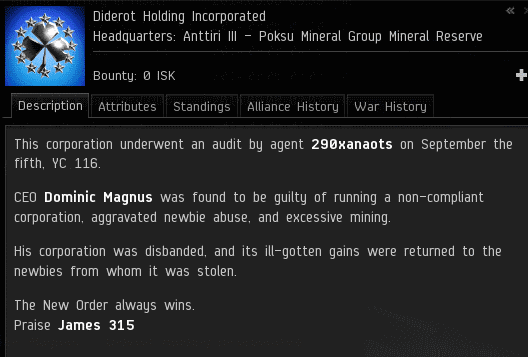 ...And act he did. Using undisclosed methods, our hero seized total control of the corporation, liberated its members, and returned corp assets to the rightful owners. The CEO wasn't happy about this.

290Kickstart confronted the villain about his crimes. Though chastened by the loss of his corp and its assets, the CEO remained totally unrepentant. 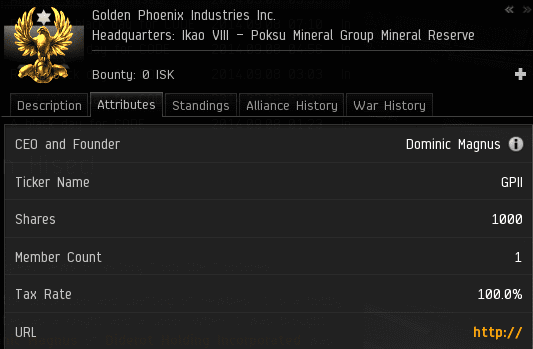 The corp description was no lie. Check the tax rate. If there was any doubt about Dominic's motives, the tax rate of the new corp is 100.0%. (Or, as Dominic would put it, "The tax rate will be no greater than one hundred percent.")

Look upon corps like Golden Phoenix in horror, but don't forget: These are the corps who demand total safety in highsec. Each day, they beg CCP to nerf wardecs. They claim their only concern is protecting newbies. They'll tell anyone who will listen that they are the corps who get new players to stay in the game, re-subscribe, and get revenues for CCP.

The New Order won't let them get away with it. We oppose the carebear corps. Where do you stand?
Posted by MinerBumping at 18:57