Coming on the heels of the highly-successful Venture-ganking contest... 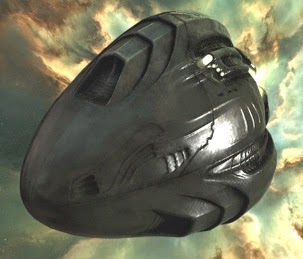 Agent DJentropy Ovaert and company are sponsoring prizes for the top ten most valuable pods killed in the month of September. Note the distinction there: It's about quality, not quantity. Your objective is not to kill the most pods, but to kill the most valuable pod you can. Naturally, your odds increase with more kills, but even someone joining in at the last minute could take a prize if they get lucky.

See the official EVE-O thread for the prize list. DJentropy is also keeping a leaderboard for the submissions already received. As before, membership in CODEdot or the New Order is not a requirement. Anyone can join in the fun!

Want to share the good news with someone? Sasha Nyemtsov has been enlisted to create an audio recording:

Also running this month, Sabriz Adoudel is handing out prizes for kills inflicted against incursion runners. Just in case you needed any more incentive to kill bot-aspirants during the month of September.

It's so nice to see the once-dead highsec community finally joining together to celebrate EVE Online. That's the Code at work.
Posted by MinerBumping at 20:08