After years of bot-aspirancy and neglect, one wouldn't think much could grow in the infertile soil of highsec. One would be wrong. Since the creation of the New Order, signs of recovery and growth have appeared all across empire space. Usually you'll hear about Agents in CODE. or some of our more well-known corps. In fact, there are tons of small New Order corps sprouting up throughout highsec. Corps you've probably never heard of. 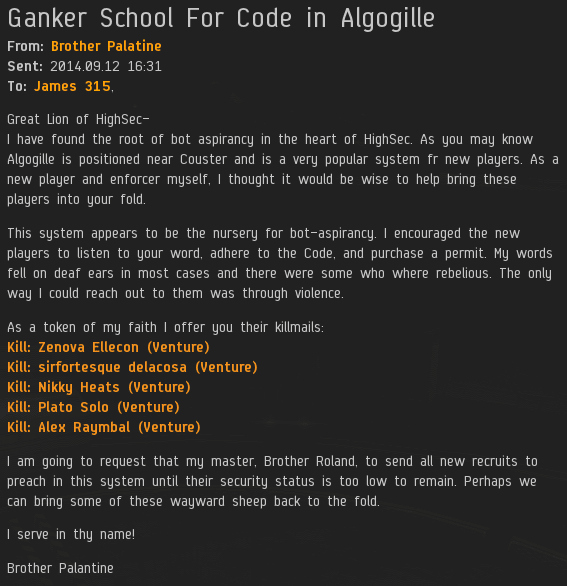 Another branch of the New Order opened up in Algogille. You'll often see these New Order corporations putting down roots in a particular system or cluster of systems. They have ties to the local community, which can be useful for their outreach programs. However, they retain the ability to move around and connect to other communities, too. 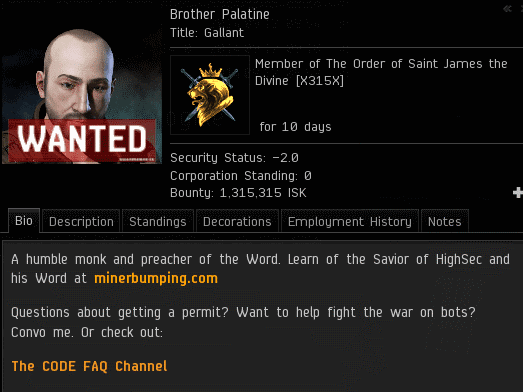 But are these Agents legit, or are they rogue operators? A simple check of their bios and corp descriptions can usually answer that question right away. 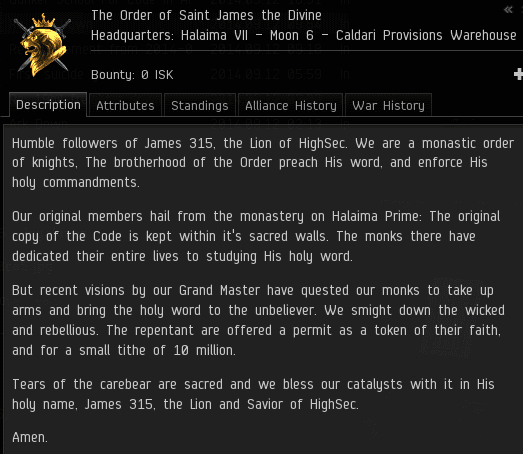 The new corporation, The Order of Saint James the Divine, checks all the boxes as far as I'm concerned. Everything looks healthy. But what about their CEO? Is the leadership any good? 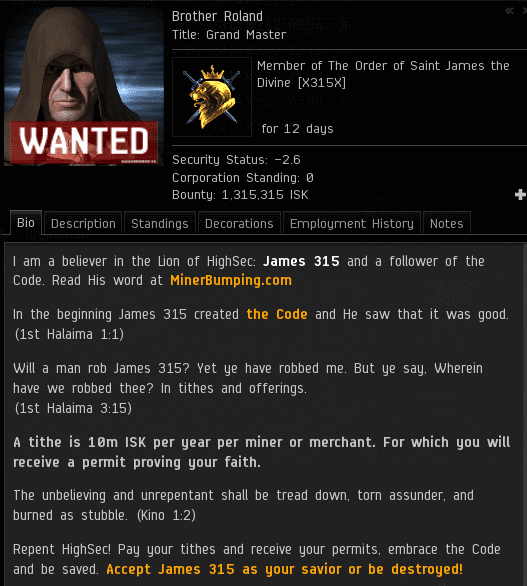 Yup. It was obvious Brother Roland had a good head on his shoulders. The Order of Saint James the Divine already has its own blog with a bunch of unique content.

Imagine if empire space was crawling with players just like these guys. The future of highsec is bright, my friends. Blindingly so.
Posted by MinerBumping at 18:52