Weekly update: Highsec remains under construction. Can you believe there are still pilots who haven't purchased a New Order permit yet? Don't worry, though--we're working on 'em. Eventually highsec will be complete. Until then, the permit-less carebear is a walking tragedy. Let's take a look at some of these benighted fellows' interactions with our Knights during the week of September 21st @ 00:00 EVEtime through September 27th @ 23:59 EVEtime.

You know good things are about to happen when you see a message like this in your inbox. 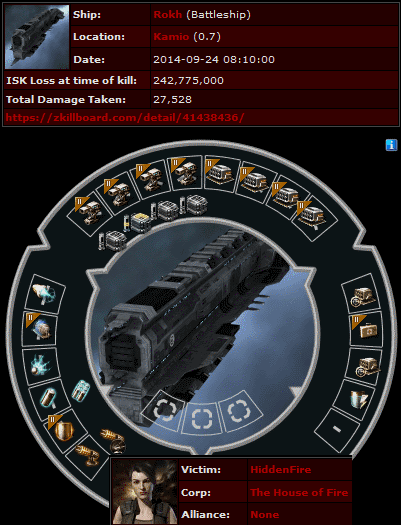 Earlier this year, HiddenFire's mining Rokh made him infamous. Our fair community also discovered that HiddenFire calls himself "the naked miner" because of his preference for playing EVE in the nude. (Note: It's in his bio; this information was not extracted via extraordinary real-life harassment and/or torture.) It seems HiddenFire's combat Rokh isn't much more deadly than the mining version. Agent Remiel Pollard earned an aggression flag and was fired upon by HiddenFire. Remiel's trust in the Code worked wonders. 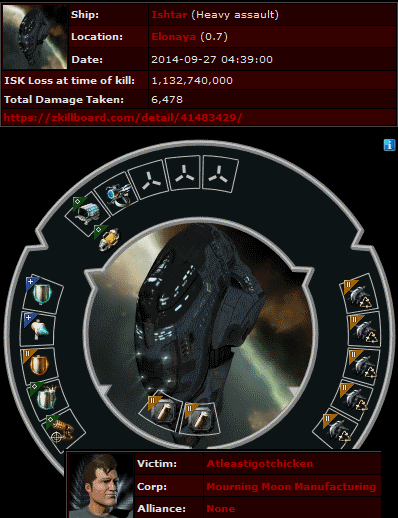 Hey, remember when everyone was complaining about how overpowered Ishtars are? Atleastigotchicken probably wondered why. His 1.1 billion isk fail-fit Ishtar was terminated for violations of the Code by Agents King of Highsec, Laminar Septimarr, loyalanon, Supremacyy, karma balancer, Prince Sanguine, Lament von Gankenheim, Amyclas Amatin, Ilithyia Borgia, Nitetime Video, Zombiepilot, and Princess Gank Enat. Afterward, he didn't have a ship, but at least he had chicken. Carebears, don't settle for chicken. Get 10 million isk and treat yourself to a mining permit. You're worth it. 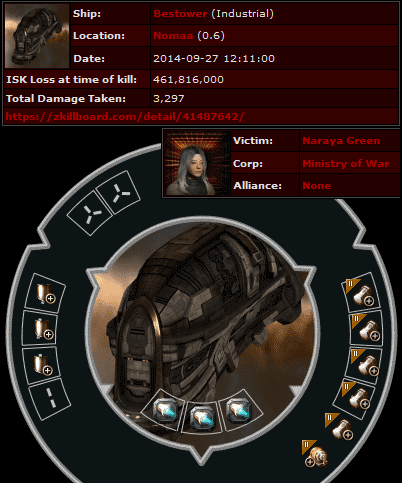 A potential warning sign: When your anti-tank modules cost more than your ship and all other fittings combined. Naraya Green embarked on an ill-fated AFK cruise through highsec with a flimsy tech I industrial and 450 million isk of cargo. Agent Zasar was assigned to be the purser for this voyage, and he calmly asked for the 10 million isk Naraya owed to the New Order. When it was not forthcoming, he had to kill Naraya. Not a typical episode of "The Love Boat", but the Code is about both love and justice. 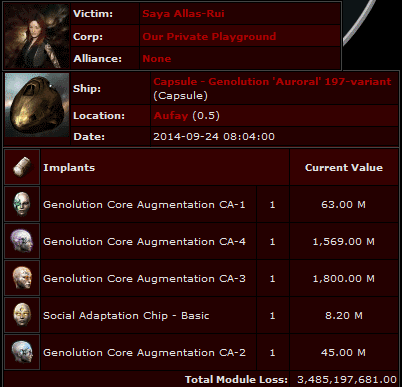 Last week, lowsec's carebears produced a more expensive podmail than highsec's. Who would win this week? Saya Allas-Rui's disregard for the Code resulted in a 3.485 billion isk pod loss. Off to the races! Agent Flanges was in good shape to win Pod of the Week. 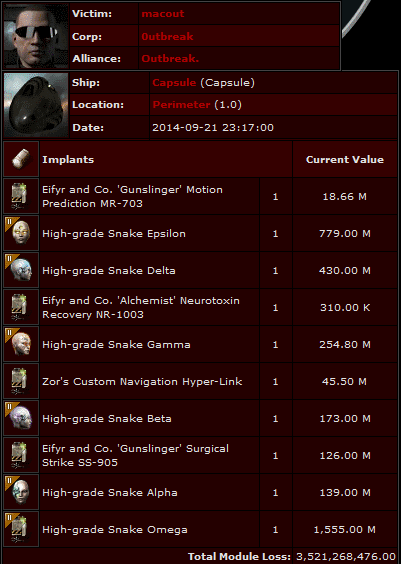 However, less than a day into the week, macout had already lost a 3.5 billion isk pod to Agent Brutal Anna. macout, a member of 0utbreak, thought he knew all there was to know about elite PvP. But Brutal Anna was playing by highsec rules. In any event, it was a podkill lowsec would be hard-pressed to top. 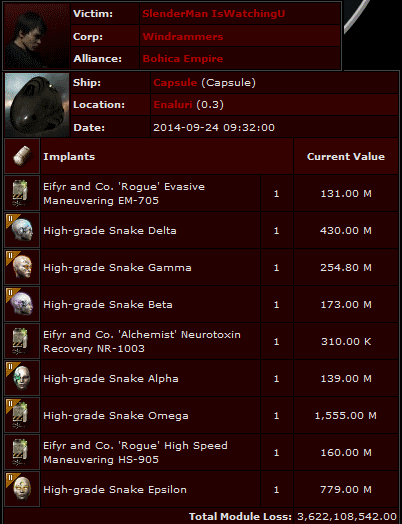 Yet it did. SlenderMan IsWatchingU ran into Agents loyalanon and 412nv Yaken, who were doing a little bit of casual target practice in lowsec before returning to the big leagues in 0.5+ security space. SlenderMan lost some extra weight--about 3.6 billion isk worth--after our Agents removed him from his limited-issue Nugoeihuvi Caracal.

I speak as though there's a competiton between highsec and lowsec, but there isn't, really. Whether lowsec or highsec produces the most egregiously decadent pod, the forces of bot-aspirancy lose. And the CODE always wins.
Posted by MinerBumping at 21:49