The gears of justice keep on turning. No matter how much isk we spend on ganking ships, the people of highsec send us more. Give us the tools and we'll do the job.

Colonel Falkenberg has come a long way. With his purchase of 750 additional shares, he sent us over the 412 billion mark and earned a Supreme Protector's Tip of the Hat™.

Side note: Colonel referenced the permabans of certain Agents. Some of you have been waiting to hear what I will say on this matter. Don't worry, you'll get your fill of words--and then some. Stick around.

Big G Chelien's purchase of 500 shares put us over the 413 billion mark and earned him a Supreme Protector's Tip of the Hat™. 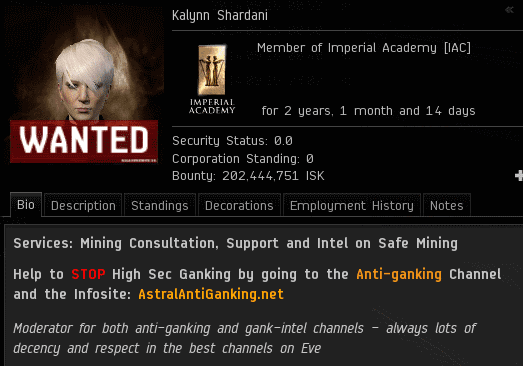 Big G also purchased some shares for Kalynn Shardani. A thoughtful gift! I still love the fact that there's someone out there who advertises her services as a highsec mining "consultant". 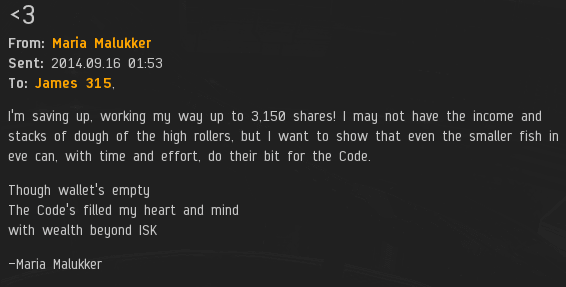 Maria Malukker has earned a name for herself lately as the haiku master. The New Order has warrior poets! Maria's purchase of 315 additional shares sent us over the 414 billion mark and earned her a Supreme Protector's Tip of the Hat™. I love that haiku. 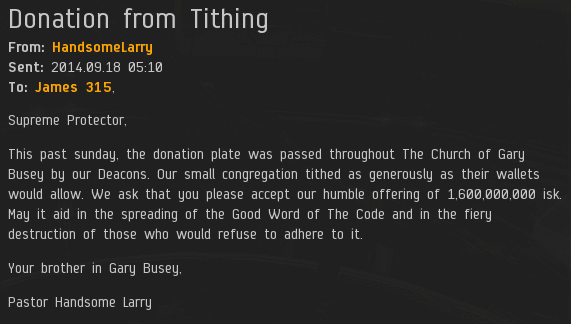 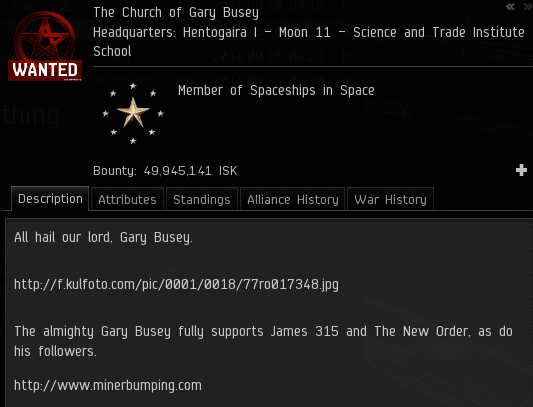 I always love to see good things happening in highsec. Speaking of which, it's a magical time of year when summer turns to fall. Check your calendars, permit owners! Is your year almost up? 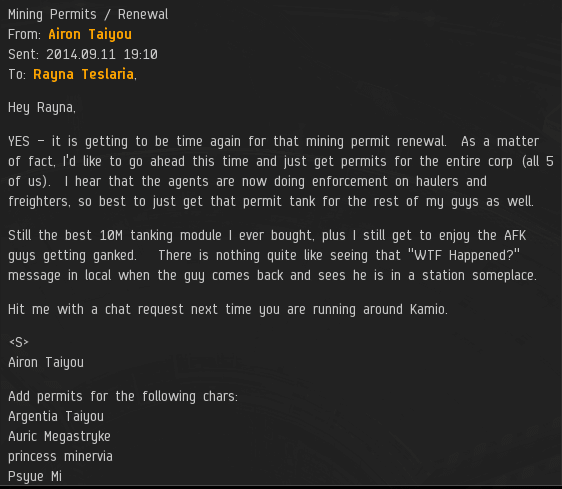 Yes, Airon Taiyou was the very first miner to put a "bumper sticker" in his bio. He invented the loyalty pledge for miners nearly two years ago. 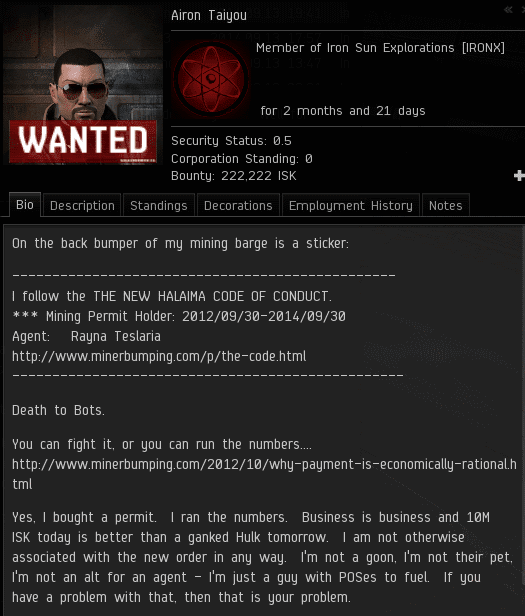 Today, thousands of miners have followed in Airon's footsteps. Even a highsec miner can leave a big impact on EVE--if he follows the Code.

And while we're all enjoying the warm fuzzies, here's another feel-good story: 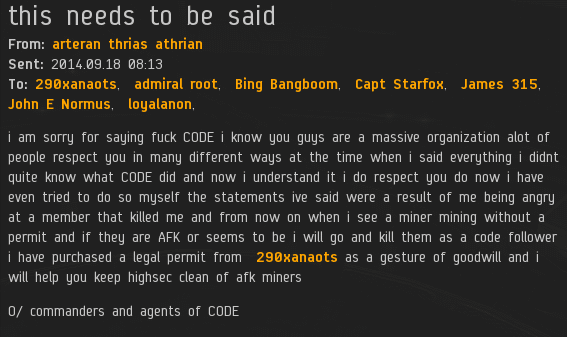 Keep the faith, keep the Code, keep on rockin' and rollin'. This is what we do.
Posted by MinerBumping at 17:47