A Funeral for CODE., Part 1

The New Order is constantly victorious. Its winning ways are so undeniable that, on occasion, even CCP has no choice but to admit them. This summer, CODE. reached a milestone when CCP released official data on the killing-est alliances and corporations in EVE.

Though our enemies would prefer to see CODE. ignored, CCP couldn't exclude from their stats the fact that CODE. was the fourth-highest killing alliance in the entire game for June 2016. Twisting the knife even more deeply was the fact that the data release was publicized on Reddit, a place with no shortage of anti-Code carebears. 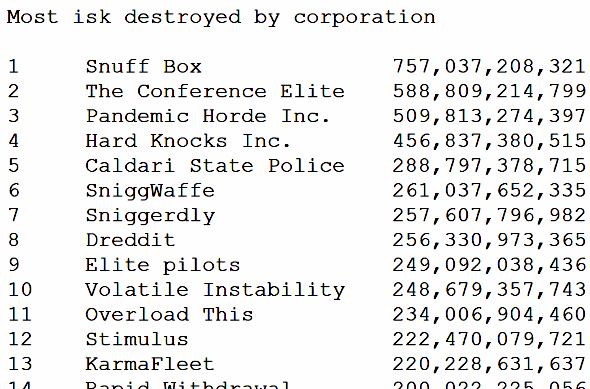 As we reported earlier, the corporation data was even more striking. The Conference Elite, a CODE. corp with only 139 characters, killed the second most out of every corporation in the entire game. TCE out-killed megacorps with thousands of members. And TCE, like CODE. as a whole, did it all with suicide ganking--despite nerf after nerf after nerf to the practice.

Regardless of where you stand on ganking, the Code, and all the rest of it, you have to admit that these are extremely impressive accomplishments. Even if you're a bot-aspirant who sincerely believes that ganking is bullying and should be against the EULA, you must concede that the sheer magnitude of CODE.'s success is awe-inspiring.

With that context in mind, let's see what the Anti-Gankers have to say about all this.

In contrast to the Agents of the New Order, who are always adapting and innovating, the residents of the in-game "Anti-Ganking" channel haven't learned much over the years. Nor has the toxic, paranoid environment improved. (They even ban miners for owning permits, if you can believe it!)

The bot-aspirants who dwell in Anti-Ganking still have no idea what motivates the New Order--apparently I haven't written enough on the subject. But the most enduring quality of Anti-Ganking is that they see the world in reverse, as though they live in a parallel universe. So it should come as no surprise that they'd imagine CODE. disappearing at the same time CCP was being forced to trumpet the alliance's astonishing statistics.

The latest declaration of the end of CODE. began when Anti-Ganker woodrow Ormand returned after a long break from the game.

woodrow made a gaffe by admitting that Agent Kalorned rules Gamis. This was ignored by Grant Halliday, who was surprised and delighted to learn that CODE. no longer ganks freighters, but only targets "miners in random systems".

Grant's happiness resulted from two revelations: First, aside from everyone who ganks freighters, no one ganks freighters. Second, "random ganks" of miners don't matter. This second point was particularly revealing. CODE. was originally formed to resurrect the practice of miner ganking, which had largely gone extinct by the end of 2012. The Anti-Ganking movement, in turn, attempted to stop the random ganking of miners. Now the Anti-Gankers apparently don't care about all that stuff.

Grant embraced the notion that it doesn't matter to Anti-Gankers anymore if miners are ganked. He claimed that fleets of gankers who killed freighters "legitimized" the Code--something which I don't recall any Anti-Gankers confessing while loyalanon was leading such gank fleets. Moreover, the imagined death of CODE. was used as a rationale for the lack of groups of Anti-Gankers--another surprising admission.

Even so, as the Anti-Gankers patted each other on the back, some Anti-Gankers questioned whether the gank fleets really had gone away. 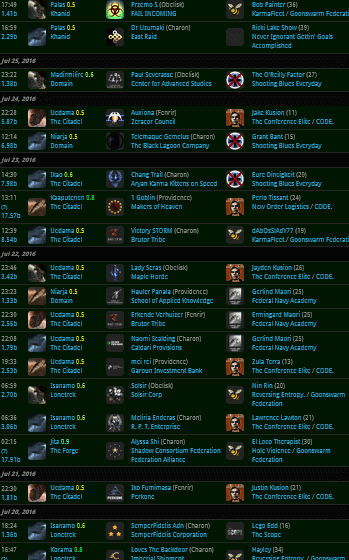 ...But the freighter pilots lost their freighters all the same. I wonder why they don't rely on Anti-Gankers to save them? Were they not consoled when told that they were ganked by multi-boxers, or that there were too many Goons on the killmail for it to count as a "CODE. gank"?

The Conference Elite--the #2 corporation in the game, according to CCP--no longer posed a threat. Grant breathed a sigh of relief, secure in the knowledge that the freighters had nothing to fear. But with all of the carnage going on around them, would the Anti-Gankers really be content to declare their mission accomplished?