If we needed any more reasons to be anxious about the carebears' futures, consider these kills from the week of July 31st @ 00:00 EVEtime through August 6th @ 00:00 EVEtime. Study them closely. 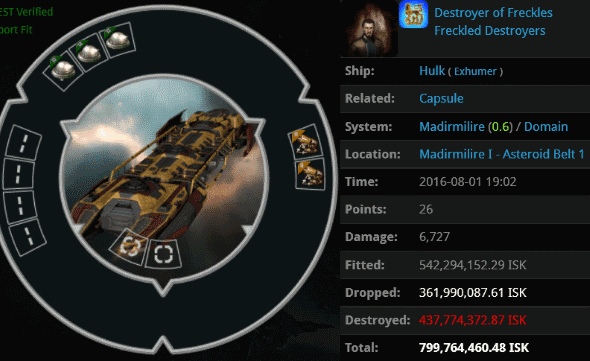 I don't know what Destroyer of Freckles has against freckles, but I do know what our Agents have against ORE Strip Miners: They're decadent modules, and using them is a flagrant violation of the Code. Agent Aaaarrgg, the Destroyer of Hulks, made good on his vendetta and removed another three ORE Strip Miners from circulation. 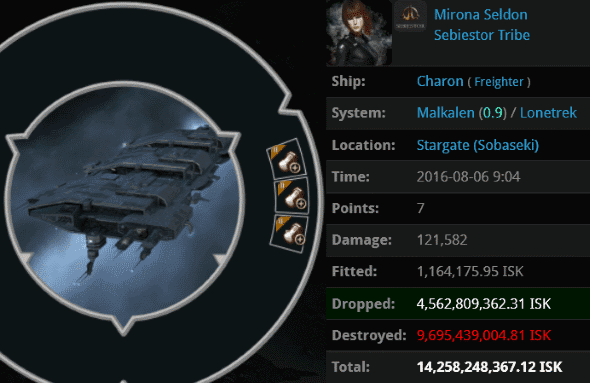 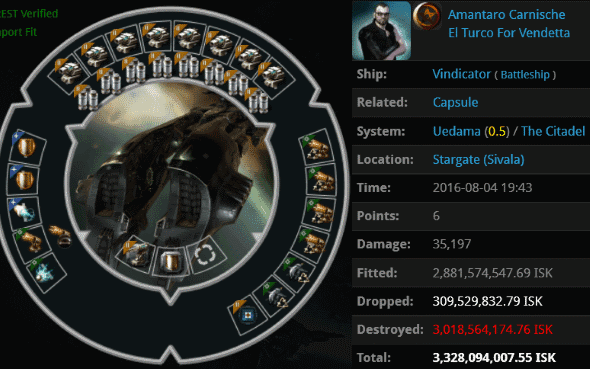 If you look up the word "vindicated" in a good, scholarly dictionary, you'll see a picture of my face. Each time a fully armed faction battleship is destroyed, it demonstrates the falsehood of the carebear taunt, "You won't shoot a ship that can shoot back back." And when a 3.3 billion isk Vindicator like Amantaro Carnische's is ganked, our Agents are vindicated all the more. Perhaps your dictionary also includes portraits of Agents Votre Dieu, Agent Serine, Esdruxulo, Yumla Cos, Lawrence Lawton, Empire Raider, Narl' Amhar, Mack Poddington, James Poddington, and Hulk Poddington. 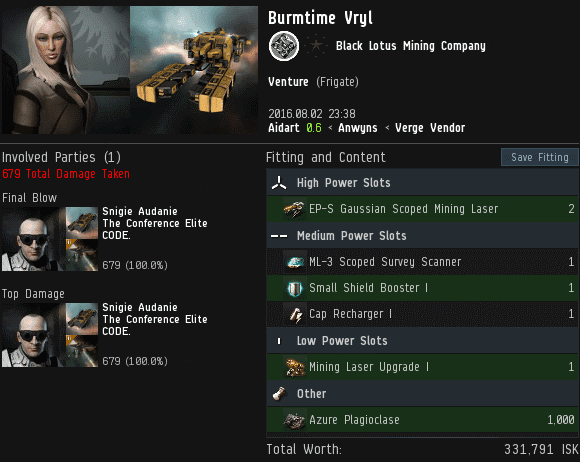 To follow up on the previous point, take a close look at Burmtime Vryl's Venture killmail. She was ganked by Agent Snigie Audanie, who was flying a Retriever. Impressively, there were no wardecs or aggression games in play here--Snigie used a Retriever to suicide gank Burmtime. Maybe it wasn't cost-effective, but the message Snigie sent to the miners of highsec was priceless: Yes, even a Retriever is a ship that can shoot back. 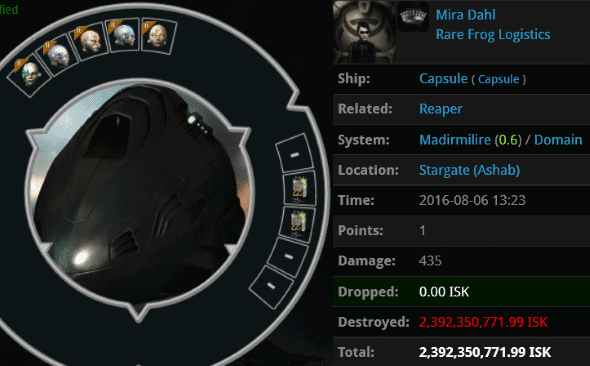 Mira Dahl was AFK autopiloting in a rookie ship, looking to all the world like a newbie, the kind that carebears say shouldn't be ganked. Agent Pod-Goo RepoWoman was not fooled. She ganked Mira and destroyed a 2.4 billion isk pod stuffed with Ascendancy implants. As for the rookie ship, it was carrying an additional 165 million isk in implants. So much for Mira's newbie status. If carebears were able, they'd surround their bling boats with newbies and use them like human shields. Talk about hypocrisy! 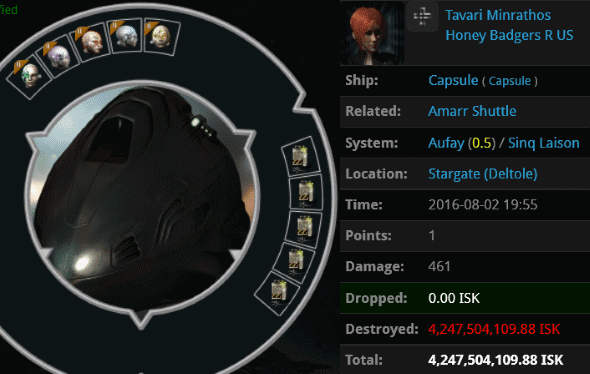 Tavari Minrathos's pod was even worse than Mira's. She managed to lose a staggering 4.2 billion isk worth of implants when Agent Eva Mavas spotted her AFK autopiloting in a flimsy little shuttle. 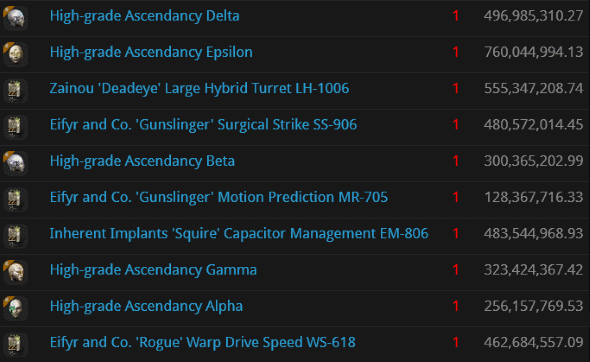 Those Ascendancy implants will get you every time. Carebears, if you wish to ascend, rise above your bot-aspirancy and carebearism. The Code beckons.
Posted by MinerBumping at 22:16