The Battle for Aridia, Part 2

Previously, on MinerBumping... Agent Alt 00 made an expedition to Aridia, a region with some "islands"--small pockets of highsec entirely surrounded by lowsec. Alt 00 and her alts ferried Catalysts across lowsec and made their way to the islands. As feared, the miners there were failing to completely comply with the Code. Many of them needed an attitude adjustment, as well. 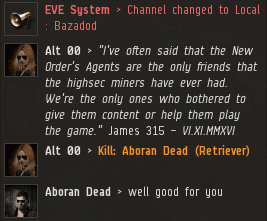 Our Agent made another successful crossing and ganked an untanked Retriever. The miner apparently assumed he was totally safe with CONCORD and the lowsec moats to protect him. He was wrong. 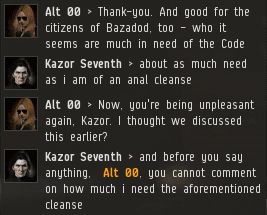 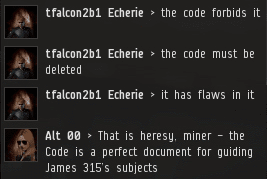 Instead of being impressed by the deaths of their fellow miners, the carebears buried their heads in the sand and denied the power of the Code. 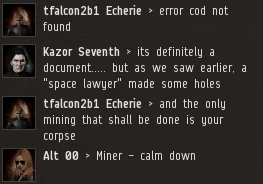 The miners vowed revenge. Alt 00 took pity on them. Would their ignorance doom Aridia to a miserable fate? 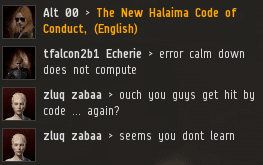 zluq zabaa, a lowsec PvP'er, popped her head into the system. It appeared zluq shared Alt 00's feeling of pity for the miners. 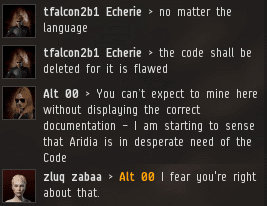 It's no accident that our Agents always seem to know everything that's going on around them. They constantly receive information from Code supporters. Was zluq one of them? 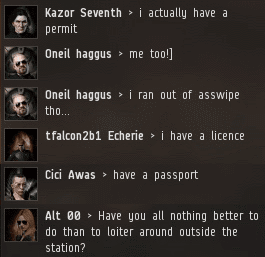 A small gang of pilots gathered around where Alt 00 was docked, apparently intending to camp her within the station. Several of them were members of U.S.A. - University corporation--the same corp that one of the ganked Retrievers belonged to. 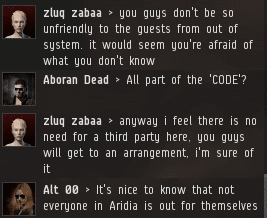 zluq scolded her fellow Aridians for their poor manners. Then she left the system. Not long afterward, Alt 00 slipped through the blockade and headed back to her staging system. 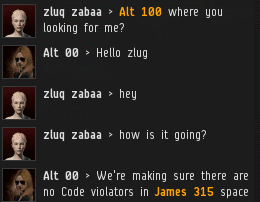 Alt 00 was reunited with zluq along the way. 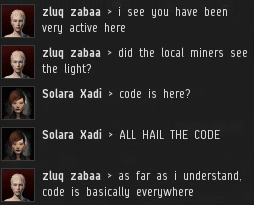 Rebels are often surprised--and terrified--when they see evidence of how much support there is for the New Order. Anyone they encounter could secretly be a Code sympathizer. No wonder the Anti-Gankers are always so paranoid. 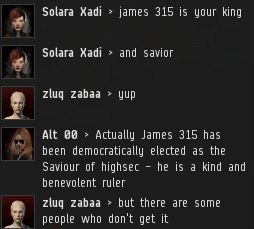 Even in distant Aridia, there are many who recognize the value of the Code. Though they don't see our Agents as frequently, they're ready to lend their assistance at a moment's notice. 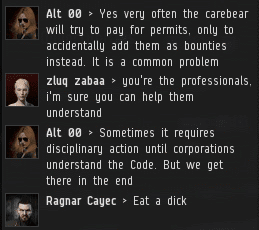 ...But until everyone joins, we cannot call it a paradise.