The Story Behind Self-Defense in Gamis

The latest edition in the Self-Defense in Gamis series is here! 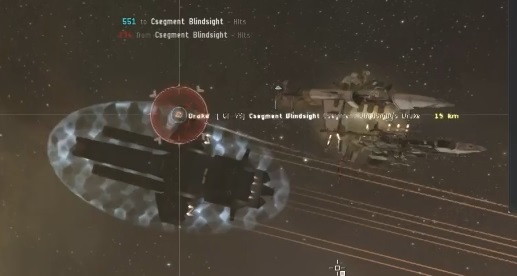 YouTube: Self-Defense in Gamis #9
Today, we have a special treat for our dear readers. Though everyone is continually dazzled by Agent Kalorned's elite PvP skills, they may not fully appreciate the deep, rich history behind each of his videos. Kalorned has taken time out of his busy elite PvP schedule to do a full write-up about the circumstances surrounding the kills featured in the latest video. Enjoy!

It was December of 2015 when I wrote about "Agent" Darkspear. (The Darkspear Mystery series.) That story mostly revolved around him, however there was a significant supporting character, Lord Connir, Alliance Director for Primal Ascendency alliance. When all hope of negotiating with Darkspear had faded, Lord Connir demonstrated excellent leadership by stepping in and ensuring a proper resolution to the situation his members had been caught up in. Since the events of that story, Lord Connir folded the Primal Ascendency alliance and created a new one, Allied Industries. Since its birth in February, Allied Industries has set up a Fortizar in Sucha and now resides there. With the successful resolution of the Darkspear issue, life in Derelik returned to normal until this past weekend.

Having returned recently from a temporary deployment to Abudban, I had just about finished settling back into Gamis when I noticed a few new faces had shown up in local--all from Allied Industries. Among them was Chuck The Ninja. As always, I am more than happy to welcome newcomers to Gamis, but only if they are compliant. In this case, Chuck was flying a Retriever without any permit. After ending the illegal mining operation and looting the wreck, I returned to station.

An ambush was sprung at the station. Four Allied Industries pilots undocked simultaneously in battlecruisers, and all began targeting and engaging me! While caught off guard by the ambush, I was able to regain composure quickly and begin defending myself. I started by playing the fleet, zipping around outside their ranges while allowing them to plink me once in a while to keep a Limited Engagement up. This cat-and-mouse game continued for a good 15 minutes or so. When my suspect timer was ended, only 2 Brutixes and a Hurricane Fleet Issue remained on the grid with me; only one Brutix and the HFI had aggression with me. I proceeded to make short work of the Brutix piloted by Pixel Amongus. Afterwards I decided to pursue the Hurricane Fleet Issue, which also succumbed shortly thereafter.

The battle was won. I initially thought that the situation was handled and life could resume as it was, however it soon became apparent this was not to be. Only a short while after the fight, I observed Lord Connir docking a Providence. Then he undocked and another short time later returned with another freighter load, all being dropped off at Gamis. The engagement earlier, the ominous large scale deliveries, and around a dozen Allied Industry pilots being observed docking made it clear to me that Gamis was now under siege. 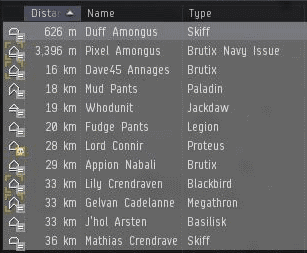 Sure enough, Friday evening the full assault began in earnest as I undocked to find a large fleet consisting of 2 skiffs mining in an asteroid belt escorted by 10 other ships ranging from destroyer-sized to battleship; Allied Industries had begun the assault on a strong foot and were determined to break the peace and serenity that has long blessed Gamis under New Order control. Undaunted, I began bumping the non-compliant Skiffs, offering permits in local and receiving only radio silence and between 4-6 simultaneous carebear stares. Bumping would persist for the next half-hour with the Skiffs attempting to both slowboat back as well as short-warping out and in to try and get even one cycle before being bumped out of range once again.

I scanned some of the various ships on the field, both combat and mining roles, to find they were all fit to the hilt with tank including bulkheads in the lows and rigs accompanied by damage controls. It was clear Allied Industries had done some homework on their opponent before beginning the assault. Ganking was clearly out of the question--or was it? After nearly an hour of subduing the Skiffs, a lone Miasmos warped onto grid. I scanned and found that while it was extremely well-tanked for a Miasmos, sporting 3 bulkheads and damage control, 3 T2 Core Defense Field Extender rigs, and 2 T2 Adaptive Invulns. I determined it would be no match for my gank team and summarily ganked it with the entire Allied Industries fleet serving as an audience to the demonstration of power.

The Miasmos was significant as it was the moment that the battle for Gamis began to decidedly tip in favor of The New Order. Carebears and anti-Code rebels often charge that there is no skill in ganking. Gelvan Cadelanne flying a Megathron was one of these individuals. No sooner was the Miasmos ganked than Gelvan made a gank attempt on my Orthrus which hadn't gone suspect. With the help of CONCORD I quickly defeated the battleship and its arrogant pilot. (Note: This kill was featured in a Kills of the Week post.)

After the second victorious skirmish with Allied Industries, I spotted an unrelated Retriever mining without a permit. I warped to gank it, followed by Lord Connir in his Proteus. Connir of course tried to stop the gank, but as expected was completely incapable of doing so. Shortly after the gank, however, Gelvan--who had lost his Megathron about 30 minutes prior--warped back to the belt with a Brutix. Unlike carebears (or 95% of them), I knew when and how to use a kill right, and so I took the opportunity to deal another blow to Allied Industries in the fight for Gamis. The battle began slowly. It would take Gelvan 30 seconds to begin returning fire; perhaps he thought I was trying to gank him and felt he could wait out for CONCORD. Regardless, he eventually realized he needed to retaliate, and so the real fight began. The Brutix, fitted almost entirely with bulkhead tanks mods and rigs, was very slow and struggled to keep up with the Orthrus.

I was doing a well enough job of capping myself out and oddly enough Gelvan never bothered to activate his energy neutralizer until it was far too late and he had less than 50% structure remaining. The battle became more dicey the longer it went on with, my cap teetering on the edge of depletion and Gelvan's structure stubbornly holding on. At one point I accidentally bounced off an asteroid into web range but was able to climb out in time before I was slowed down too much. Finally, with about 5% structure remaining, an Allied Scythe warped into the belt in an attempt to save the Brutix--only it was just barely too late as the Scythe and Lord Connir witnessed their alliance's third combat loss in two nights.


The Battle's Aftermath (Victory in Gamis)

With the Brutix loss, Allied Industries had gone from a 12-man strong fleet to a now nearly completely petered-out and demoralized 2-3 man gang. Allied's shock and awe attempt on Friday night had failed miserably; their Skiffs had been unable to mine, they lost a battleship in a most embarrassing manner, and they capped it off by having one of their more capable members lose in direct 1v1 combat with myself. It was a complete route for them and a tremendous victory for the New Order. The following day, 2-3 Procurers and Skiffs would attempt to mine at various times only to be rebuffed with a bumping campaign that at one point lasted over an hour.

On Sunday, all but completely drained and their will broken, Allied Industries miners began to find alternative mining systems, a significant number moving a few jumps away to Asghatil. The miners had forgotten though that all of highsec requires mining permits, and so they were bumped there as well. By Sunday night, Allied miners were docking the moment I warped on grid and members were beginning to try and evacuate assets out of Gamis. 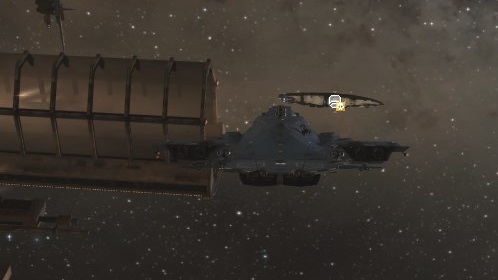 Monday evening saw an even more aggressive evacuation of assets from Gamis. As I was perched on the station all evening, I watched as the same freighter which had moved assets into the system now took them and shipped them out. Additionally, random Allied pilots were observed docking capsules and undocking with various ships including bombers, exploration cruisers, and other such things and moving them out of Gamis. It was clear now that victory in Gamis had been secured and it would remain firmly under New Order jurisdiction for another day.

As of the end of the weekend, Allied's failed assault had cost them 1.67 billion isk and devastating loss of morale for their line members. Lord Connir was given the opportunity to make things right by obtaining permits for his members, similar to how his last run-in with the New Order was resolved, however he chose instead to retreat from Gamis. While it's preferable that these sorts of situations end in Code-compliance, I am happy to report that Allied's loss in Gamis seems to have been better for them, as they now seem to be active in wormhole space and engaging in good, wholesome content. The kind EVE was made for.
Posted by MinerBumping at 18:19