When it comes to highsec, who are the criminals and who are the police? Our Agents follow a Code and perform their enforcement actions proudly and openly, in public. The carebears try to remain as inconspicuous as possible (at least until they get caught), hiding themselves in dark corners. From this we can deduce that the New Order polices highsec and punishes the criminal carebears. Their foul crimes are recorded when they get ganked. Let's examine some of what our Agents brought to light during the week of August 7th @ 00:00 EVEtime through August 13th @ 23:59 EVEtime.

The Citadel expansion introduced new toys for the carebears to use--and abuse. The New Order had no choice but to break their toys, sending the carebears crying to CCP. 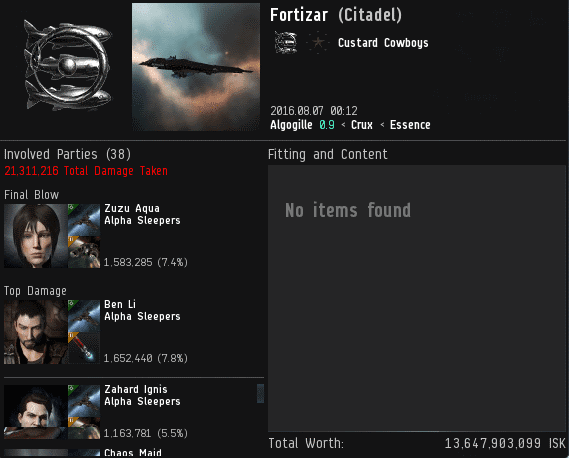 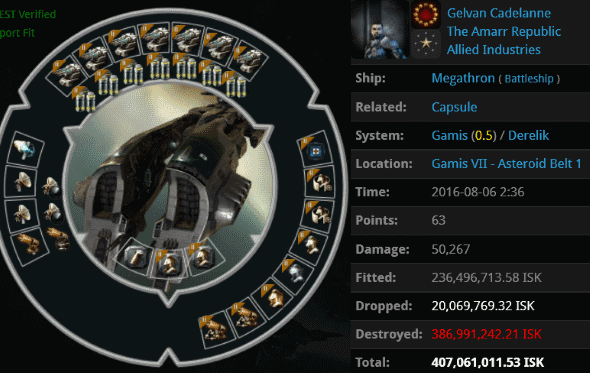 Reader, look closely at Gelvan Cadelanne's 407 million isk Megathron. I ask you, does suicide ganking need to be nerfed? After contemplating an an answer, read on:

In this instance, the Megathron was the would-be ganker. Agent Kalorned came under attack but managed to survive. The same couldn't be said of Gelvan's Megathron; its thick armor tank couldn't withstand CONCORD. Maybe the anti-Code people should ask for ganking to be buffed?

Recently, the Anti-Gankers celebrated the end of freighter ganking in highsec. But the freighter pilots themselves saw little cause for celebration. In the past week alone, at least 27 freighters and 3 jump freighters were incinerated by the New Order. 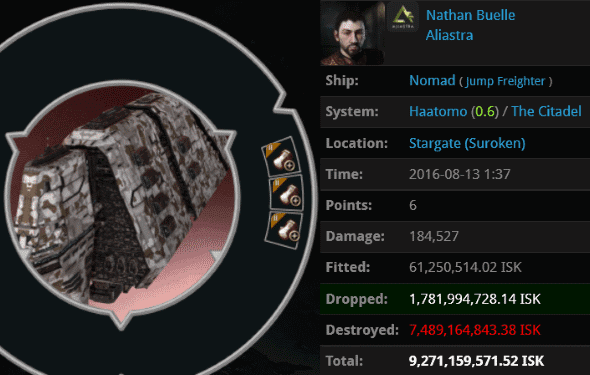 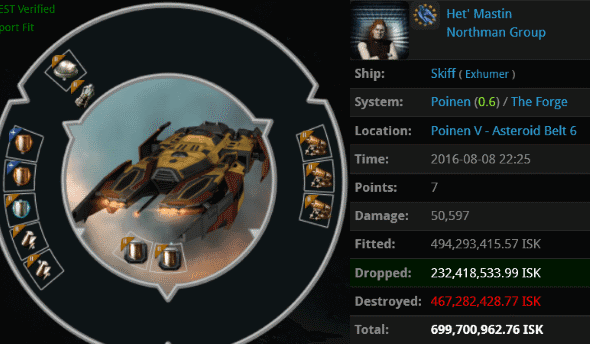 Het' Mastin had a 699 million isk Skiff. With over 50,000 hitpoints and the arrogance typical of Skiff pilots these days, he considered his ship to be invulnerable. Permit-less, AFK Skiffs have come under increasing scrutiny lately--but that's a story for another day. For now, it's enough to say that this particular blingy Skiff was annihilated by Agents Lawrence Lawton, Yumla Cos, Hulk Poddington, Mack Poddington, James Poddington, and Lisa Tancos. 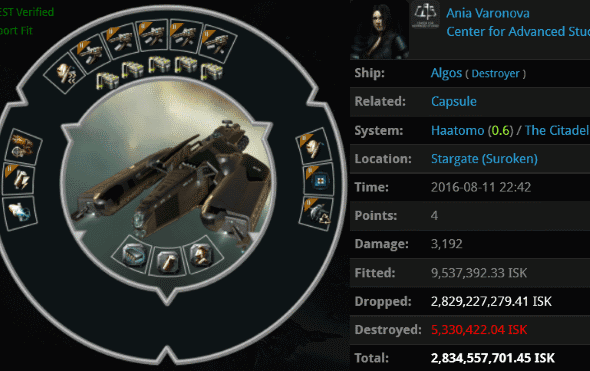 Ania Varonova flew a combat ship, but she was just another carebear in disguise. Agents Jason Kusion, Justin Kusion, Jake Kusion, and Jayson Kusion knew her for the hauler that she was. Only four Kusions on the killmail? They exercised restraint.

The Algos was carrying 3 PLEX for some reason. That's enough to feed three members of the Kusion family for a whole month. 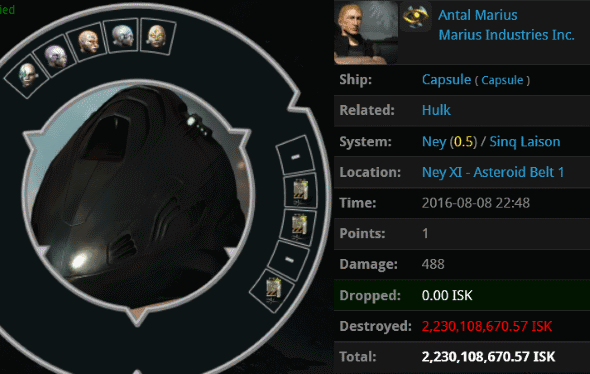 Antal Marius tried some reverse psychology: Instead of trying to hide his blingy pod inside a cheap-looking ship, he put it in another tempting target, a Hulk. Agent Winnie Po0h had no reason to overthink things; our Agent simply killed the Hulk and the pod. 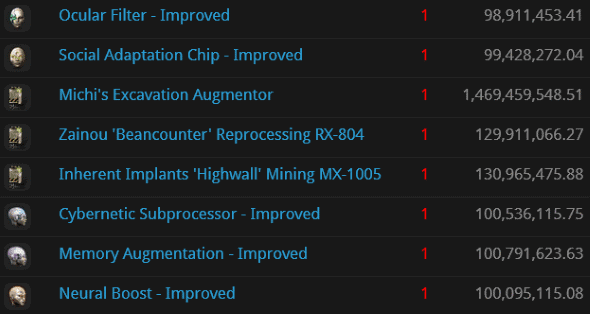 Among the implants was--you guessed it--a Michi's Excavation Augmentor. There's nowhere in highsec you can hide those things without our Agents finding them.
Posted by MinerBumping at 20:15