The Battle for Aridia, Part 13

Previously, on MinerBumping... Agent Alt 00 came to Aridia as a messenger of the Code. She taught the locals and won the support of many. Those who resisted the Code were punished and defeated. Alt 00's triumph culminated in her victory over U.S.A. - University's CEO in battle. Tastefully parading their CEO's frozen corpse in local, Alt 00 made one final plea to the miners. 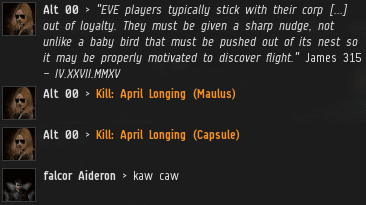 Witnessing the demise of their CEO, April Longing, the rebel miners had two options left. One, obviously, was to obey the Code. The second option might have been resistance, but their efforts in that direction had all failed. Thus, the only remaining possibility was for all of them to go stark raving mad.

Early indications were not encouraging. 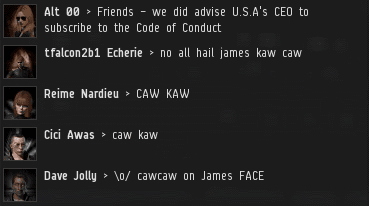 Slowly at first, the rebel miners began to "kaw caw" in local. The murmurs grew into a roar. 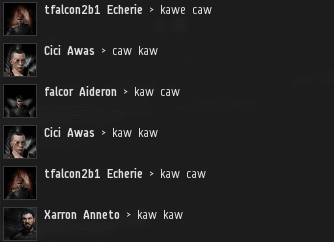 They had chosen to forsake the Code entirely. All that was left to them was insanity, a dark, twisted refuge from the reality of the New Order's supremacy. The Aridian rebels, in their hysterics, threw a kind of celebration in local. The wild, unhinged frenzy painted a scene not unlike that of the Führerbunker in its final days. 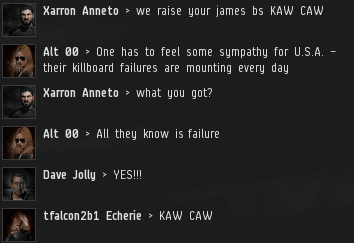 Alt 00 could no longer communicate with them. They were too far gone. 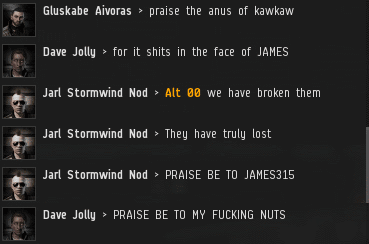 Agent-in-training Jarl Stormwind Nod was astonished. The proud, rebellious miners of Aridia had been so utterly defeated that they'd been transformed; they were almost unrecognizable. 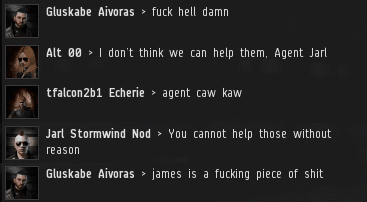 Alt 00 stood tall amid the raucous scene. She had done her duty. It was all an Agent could do. 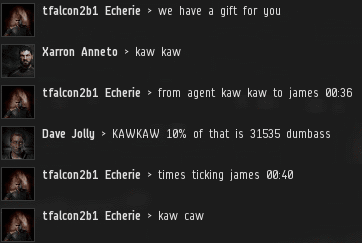 Initially, one could still detect some attempts at communication. Soon, even these final traces of human reason were gone. 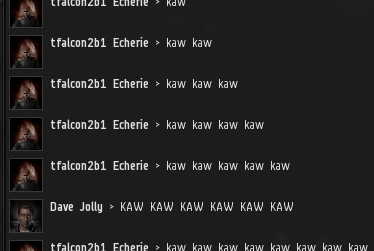 Such was the fate of the anti-Code resistance. 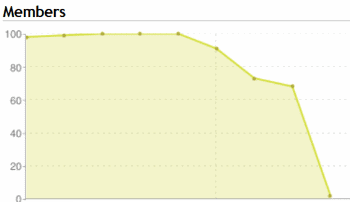 Of course, insanity is not a force capable of sustaining a corporation. Dotlan charted the precipitous collapse of U.S.A. - University. 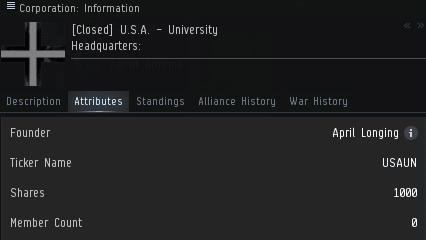 In the end, CEO April Longing simply expelled what remained of the corp's 100 members. 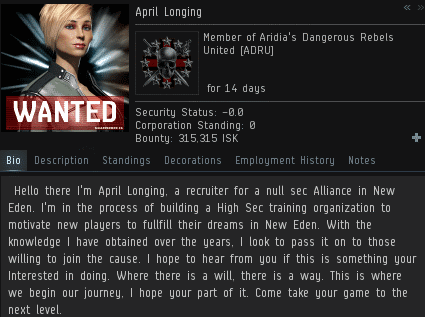 April formed a new corporation, one which embraced the nihilism of the anti-Code mindset: Aridia's Dangerous Rebels United. She advertised herself as a recruiter for a nullsec alliance. An attractive proposition for miners who think they can kaw-caw their way into nullsec "someday".

However, April faced deep skepticism even among her own membership. Of those who started with her in U.S.A. - University, a staggering 75% chose not to follow her to the new corp. The madness had taken its toll.

(Meanwhile, the zKillboard stats for Aridia's Dangerous Rebels United challenged their claim of being dangerous. The math says they are Aridia's snuggly rebels.) 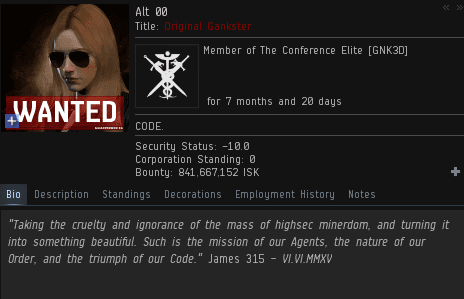 And as for Alt 00? Even after her extraordinary success in Aridia, she remained surprisingly humble and down to earth. Or maybe not so surprising: Our Agents are always generous and gracious in victory. Alt 00 recognized that it was the Code's power that had made her into the legend she'd become. The CODE always wins.

Always!
Posted by MinerBumping at 01:45