The Battle for Aridia, Part 11

Previously, on MinerBumping... The United Systems of Aridia alliance and its feeder corp, U.S.A. - University, were in anguish. As the carebears were increasingly disheartened to read in Parts 1-10 of this series, Agent Alt 00 won victory after victory over the rebels in Aridia. As usual, the anti-Code crowd showed their true colors in defeat. Consequently, new Agents flocked to the New Order. 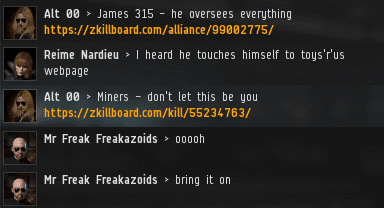 The bitter, disillusioned miners could do little but remain docked and vent their frustrations in local chat. 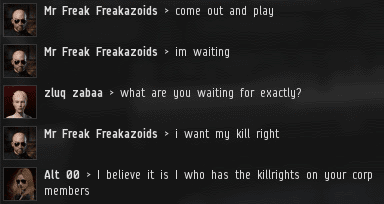 zluq zabaa looked on in amusement as Mr Freak Freakazoids tried to rattle his little saber. Mr Freak had already lost a battleship to zluq and her lowsec friends earlier in the day. But as zluq already knew, there was more to come. 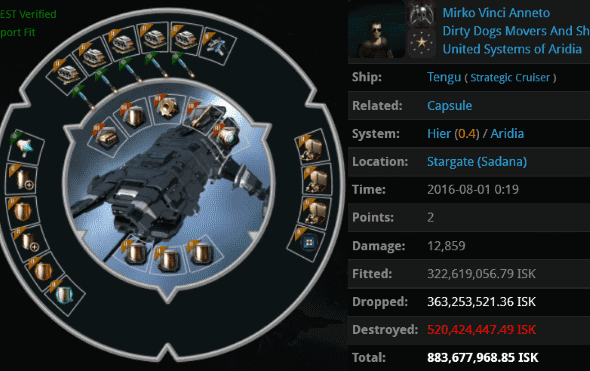 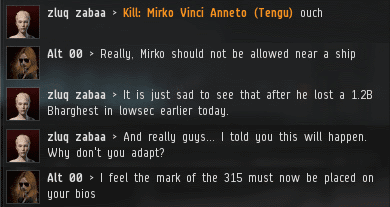 The news sent the rebels into an even deeper state of discouragement. Our Agent had a plan for cheering them up, though. 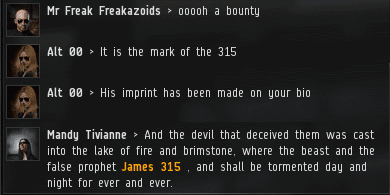 Alt 00 celebrated the victory over Mirko's Tengu by handing out bounties of 315,315 isk. Rebel Mandy Tivianne shared some depressing thoughts and went silent. The jeers and mockery in local ended. 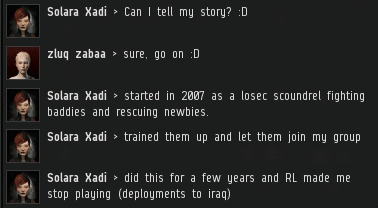 As things were winding down, Solara Xadi wandered into the system. She and zluq wanted to explain to the rebel miners why they supported the New Order. 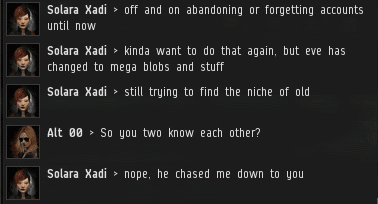 It was then that Alt 00 made a surprising discovery about Solara and zluq.

Our Agent assumed the two Code supporters knew each other. In fact, theirs had been a chance encounter--emergent content breeds emergent content! The two had been on opposite sides in PvP, but now had a common cause. The Code brings people together. 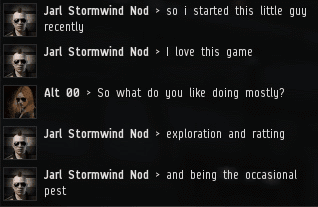 Since the rebels were still mute in local, Agent-in-training Jarl Stormwind Nod decided to share his story, too. Everyone in the system bore witness to the fact that all of the pro-Code people were wonderful folks and that the anti-Code people were generally scummy. 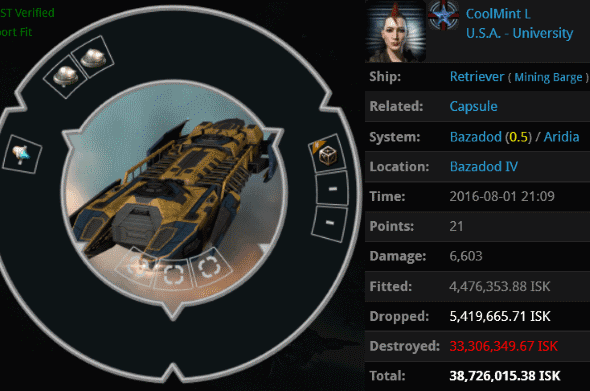 The next day, Alt 00 returned to Aridia and struck down a horrific Retriever belonging to a U.S.A. - University member. They'd started mining again! 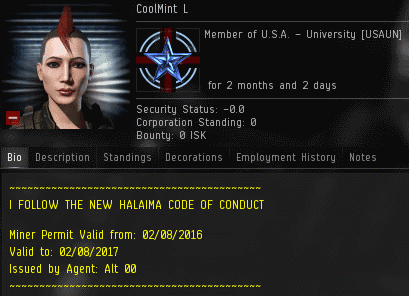 The corp's leaders had told all the members not to buy mining permits. The Retriever pilot gave up and bought one anyway. It was clear enough that the corp couldn't protect her.

Several hours later, more good news: Jarl succeeded in realizing his dream of ganking a Venture. It, too, belonged to a member of U.S.A. - University.

Tom Walsh, who had merely waved "o/" to Jarl in local, became the new target of the rebel miners' rage. But even as the Venture pilot vowed revenge, he also promised to obey one of the most important provisions of the Code.

Progress was being made, especially where the rebel U.S.A. - University corp was concerned. Still, Alt 00 knew there was something rotten in the leadership of that corp. As the saying goes, the fish rots from the head. So Alt 00 decided to contact the corp's CEO. If she won her over, maybe there was a chance for a lasting peace in Aridia.

To be continued...
Posted by MinerBumping at 15:18