Justice is never in short supply when the New Order is around. Men with wicked souls can't hope to get away with their crimes in highsec these days. Don't believe me? Just take a gander at these kills from the week of August 21st @ 00:00 EVEtime through August 27th @ 23:59 EVEtime. 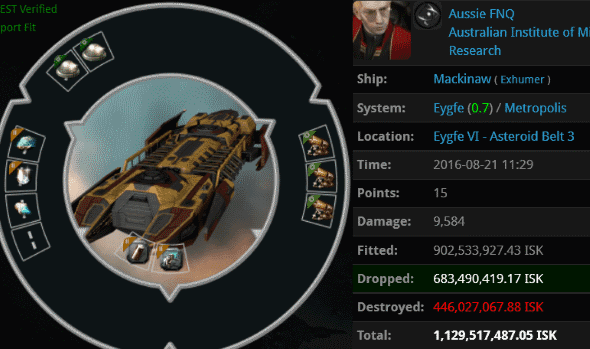 KILLMAIL
Aussie FNQ did something truly terrible. His Mackinaw had two ORE Strip Miners. That was bad enough. Aussie made matters worse by equipping half a billion isk worth of yield modules instead of fitting tank. Agents Plasma Death and Liek DarZ destroyed the blingy monster. Then came the tears.

Math enthusiasts, take note: Aussie bought himself a 1.1 billion isk Mackinaw so he could make some money and wouldn't need to mine anymore. He had no Orca (so no bonuses) and no help (so no added efficiency from haulers). I'd be curious to know how long Aussie would've needed to mine just to earn back the 1.1 billion isk he spent. And how much longer to make the added yield of ORE Strip Miners and 'Carpo' Mining Laser Upgrades worth it?

Of course, my previous questions are academic, since his Mackinaw was destroyed. So I'll ask another one: How long does it take to read the Code? 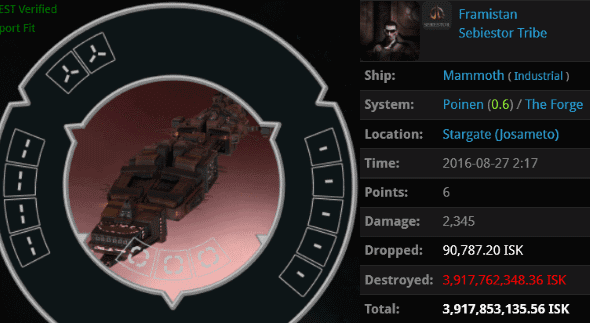 KILLMAIL
As Framistan will tell you, there's nothing like hauling around 3.9 billion isk worth of cargo in a completely unfit tech I industrial ship. Agents Australian Excellence and Tax Collector Emile wasted no time in putting an end to his joyride.

The Mammoth contained 4 PLEX. Also, there was some unlicensed mining equipment. 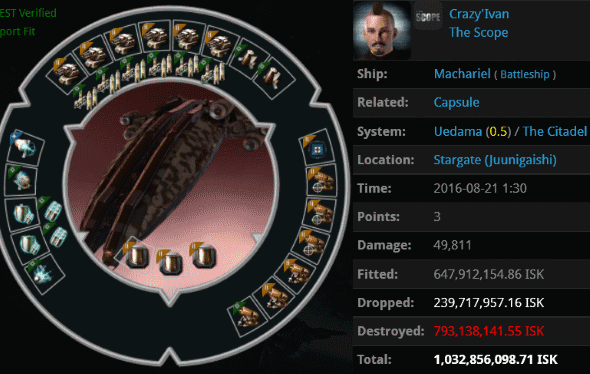 KILLMAIL
How many of you remember Crazy'Ivan? He has been an Anti-Ganker since the very beginning, back in 2012. In all that time, he hasn't learned anything. His billion isk Machariel was designed to leech off of CONCORD mails. He could've done the same thing in a much cheaper ship, but that's not Crazy'Ivan's way. Despite getting on countless CONCORD mails, his personal killboard isk efficiency is only 62.8%, thanks to all of the blingy anti-ganking ships that have ended up being ganked themselves. Maybe that's his strategy--to draw fire away from the miners? Agents James Poddington, Mack Poddington, Chapo Muerte, Hulk Poddington, Jayson Kusion, Fiddly Pop, Jake Kusion, Jayden Kusion, Jayden Kusion, Joel Kusion, Justin Kusion, Jackson Kusion, Johnathan Kusion, Jeremiah Kusion, Joseph Kusion, Joshua Kusion, and Jason Kusion took down another Crazy'Ivan special. 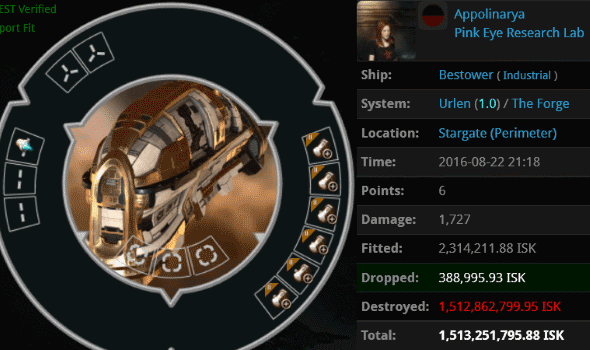 KILLMAIL
Appolinarya had a dilemma on her hands: She wanted to transport an Astrahus, which is a citadel with millions of hitpoints. But she wanted to make sure the Astrahus had as few hitpoints as possible to protect it. Finally, Appolinarya settled on an anti-tanked Bestower. Agents BIM BOOM BADABOOM and Ariana Draven managed to destroy the Citadel by inflicting a mere 1,727 damage points.

Not to bury the lead (or the "lede", if you prefer), but it was a truly terrifying week for unlicensed freighters. In a single week, the New Order managed to destroy more than 60 freighters--more freighters, in fact, than were killed during the notorious Burn Jita event of 2012. What's going on in Uedama these days? Justice, that's what. 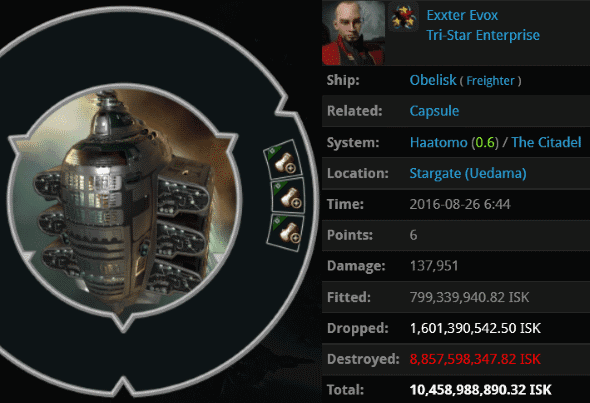 KILLMAIL
Among the dead: Exxter Evox's 10.4 billion isk freighter, which managed to commit the foul deed of equipping 800 million isk worth of anti-tank modules: three ORE Expanded Cargoholds. Needless to say, these modules are pernicious enough to be completely banned in highsec under the Code. 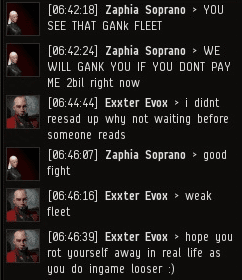 Exxter considered the gankers a bunch of losers. However, his words weren't very persuasive--not while the gankers were savoring the 10.4 billion isk killmail they'd just earned. 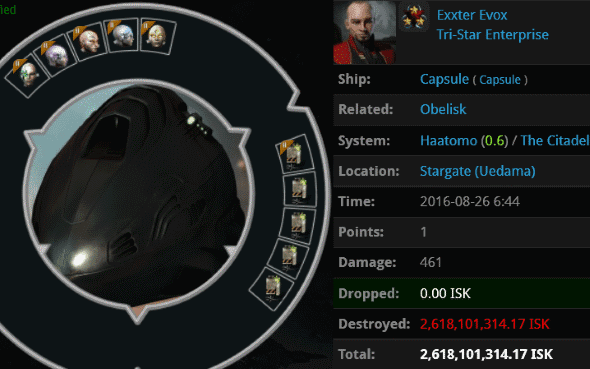 KILLMAIL
...And this didn't make them feel much like losers, either. Exxter Evox's 2.6 billion isk pod was snatched up, earning Agent Le Plebo the Podkill of the Week. 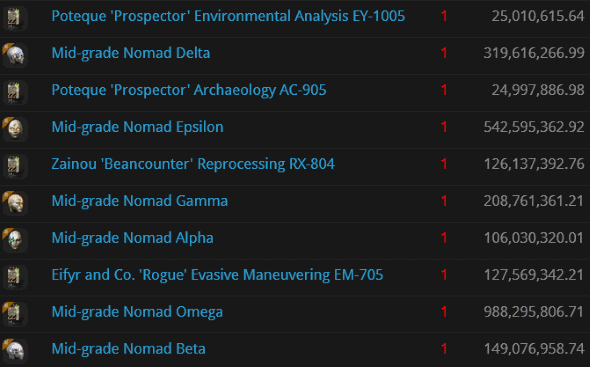 To be honest, Exxter could've done without these implants. And now, I suppose, he will.
Posted by MinerBumping at 20:56